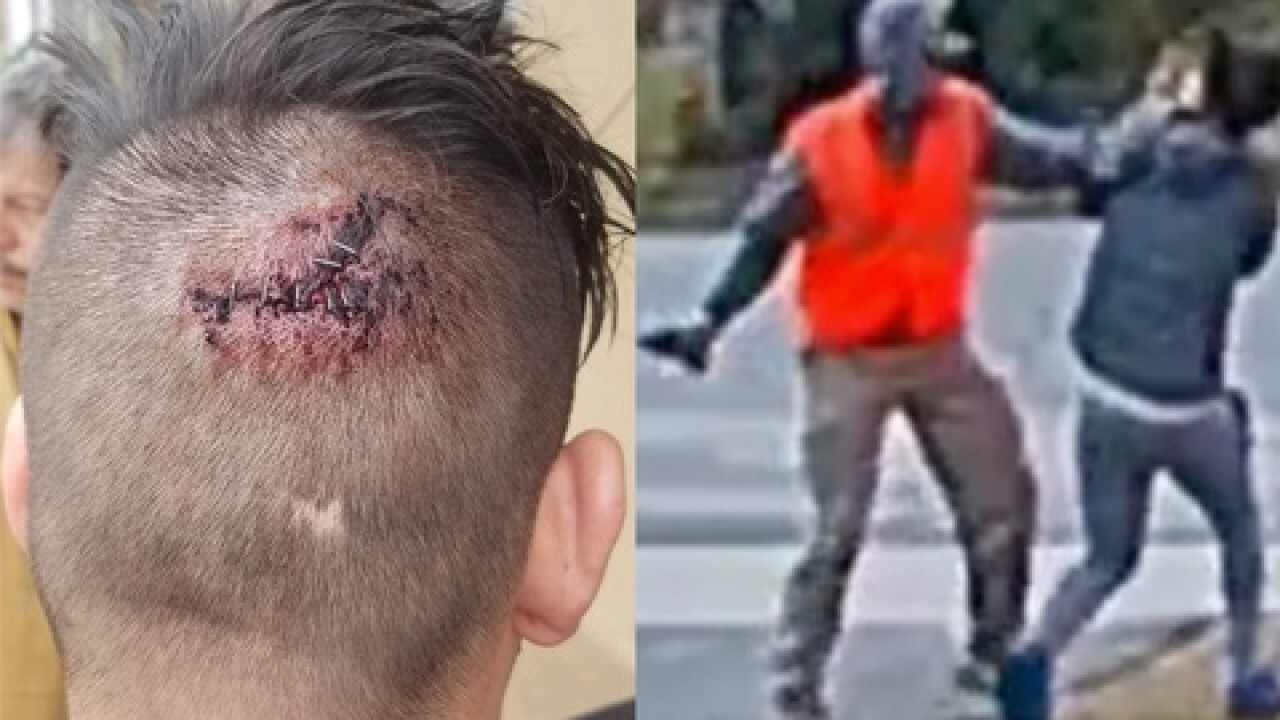 HILLSBOROUGH COUNTY, Fla. — Deputies are looking for a robbery suspect caught on camera pistol-whipping a Tampa homeowner before making off with gold jewelry and a wallet.

It happened Thursday morning at 10:07 on Clifton Street West.

Deputies say an unknown Hispanic man was seen removing air from the tires of the victim's vehicle.

When the victim confronted the man, he took out an unknown make/caliber small revolver. He then struck the victim in the face and head with the revolver and forced him into the home.

Once inside the suspect demanded cash and jewelry before leaving with multiple watches, gold jewelry, and the victim's wallet.

He fled in either a gray or white sedan, possibly a Toyota or Chrysler.

The victim sustained lacerations to his head and face.

"His head hurts," Tanya, the victim's girlfriend told ABC Action News reporter Michael Paluska. Tanya did not want to give her last name or show her face during the interview because she is scared the family will be targeted again. Tanya thinks the man was casing the neighborhood for a while.

"My neighbor, on Monday, said that she didn’t have air in her tires and the people in front said they didn’t have air in their tires in the morning so a lot of weird things," Tanya said. "He might have gone after him because he came outside."

The suspect is described as a Hispanic male, light-skinned and 20-25 years of age. He is 5'10", 165 lbs. and was last seen wearing a gray hoodie, camouflage hat, orange work vest, and khaki pants.

Anyone with information is asked to call Hillsborough County Sheriff's Office or Crime Stoppers.