What 'median age' has to do with Florida's effort to rebound 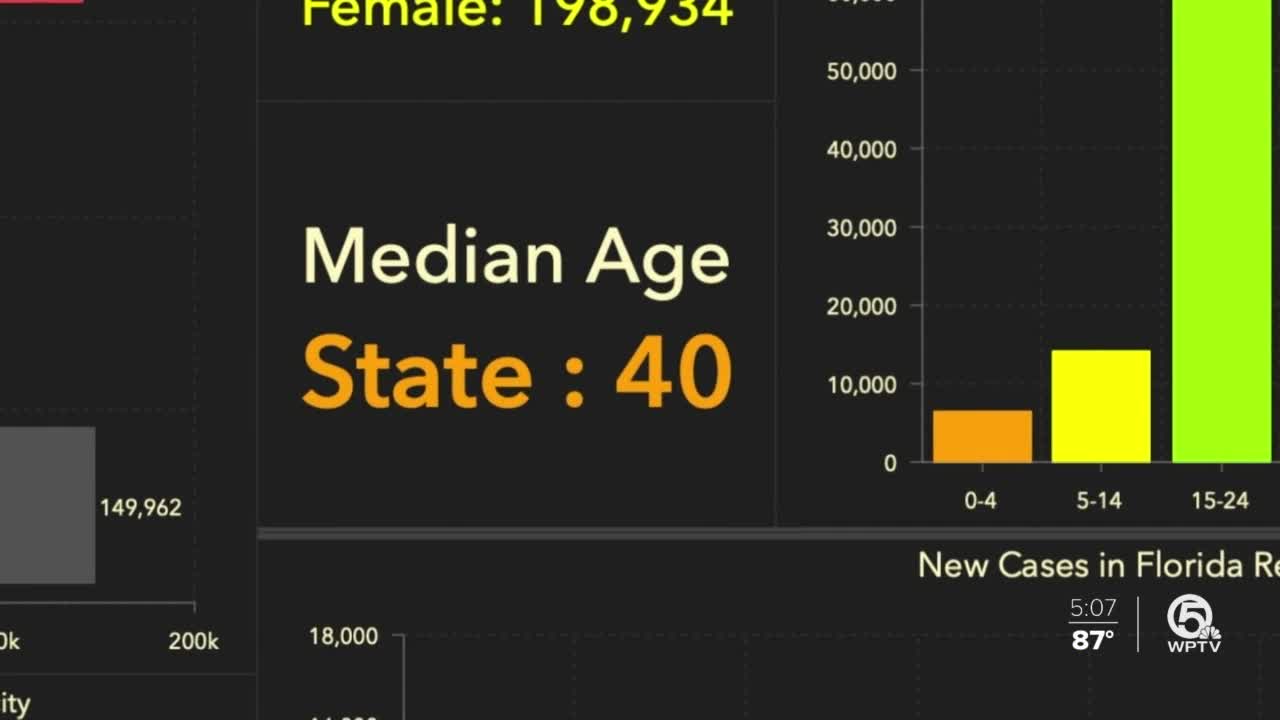 Gov. Ron DeSantis is backing off the median age metric in his COVID-19 updates, instead pointing to hospital capacity.

Weeks later, those metrics have all started trending higher. DeSantis is pointing to more available testing, but also younger populations as a cause. He's now focusing on a new metric -- the median age.

The data point details the age that's right in the middle of all the state's coronavirus cases. The lower it is, the more younger people are testing positive.

DeSantis labeled it good news last month as the young are often better able to tolerate the virus.

"The lower that number is," DeSantis said, "really the fewer the clinical consequences."

In April, the median age had been hovering in the 50s, but as the state shut down and metrics improved, the number had plummeted by June.

"Mid-to-late June it was running 32, 33," said professor Mary Jo Trepka, who chairs epidemiology at Florida International University. "Meaning that about half the people were younger than 32, 33."

Trepka has been keeping a close eye on the median age. Its dip, she said, likely influenced by better testing, was also impacted by young people socializing as the state reopened.

"Going to bars and having parties," she said.

The hope was the virus would stay in those more tolerant age groups. It didn't.

"Young people are not only in contact with other young people," Trepka said.

State data now shows, compared to a month ago, the median age has jumped nearly 10 years, hovering between 41 and 42.

With Florida remaining open, this was the risk, Trepka said.

"We're going to see more people hospitalized and more people are likely to die," she said.

Florida officials did try to slow the spread last month, suspending drinking at bars. DeSantis also made more pleas for people to follow Centers for Disease Control and Prevention guidance.

Meanwhile, as the median age remains higher, the metric has started disappearing from the governor's news conferences, replaced by data like hospital capacity.

The data hasn't disappeared, however. Anyone can easily find it online. The state's daily reports feature median age prominently in the testing section.