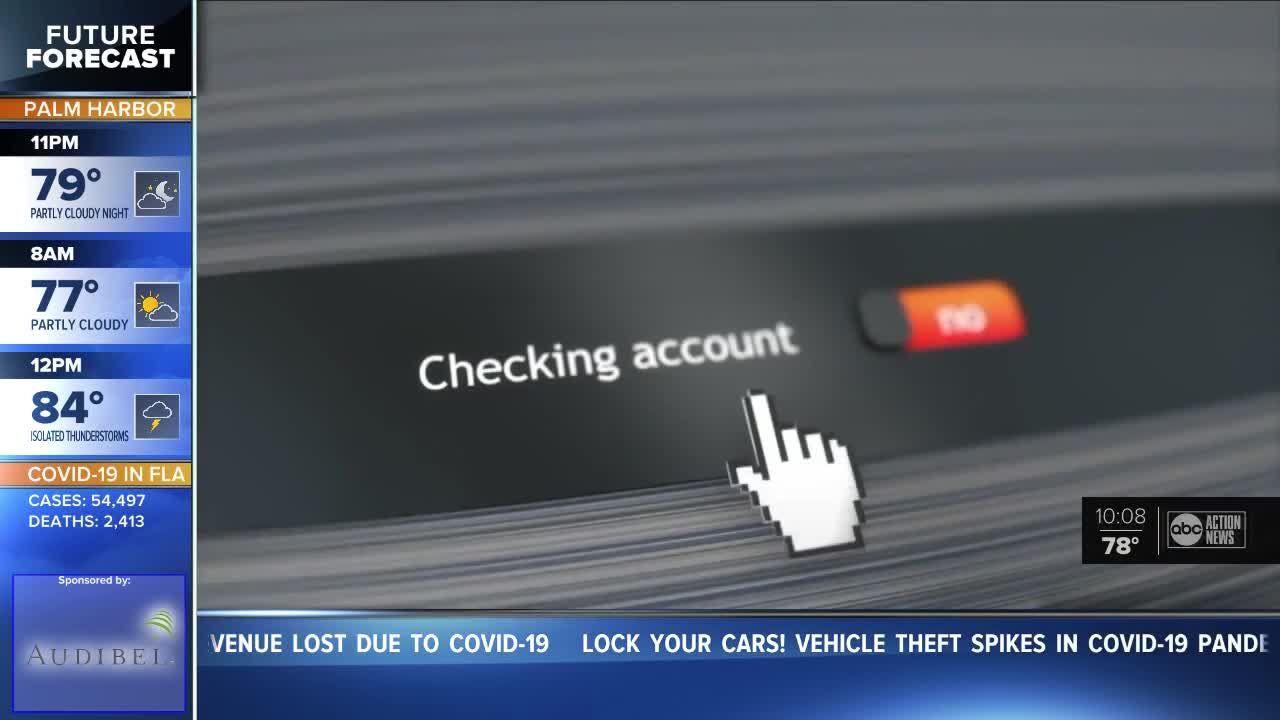 As laid off Floridians struggle to file for benefits on the state’s broken unemployment website, ABC Action News has uncovered the company that built the system secured its multi-million-dollar, taxpayer-funded contract, even as the state's top leaders questioned its work for other state agencies. 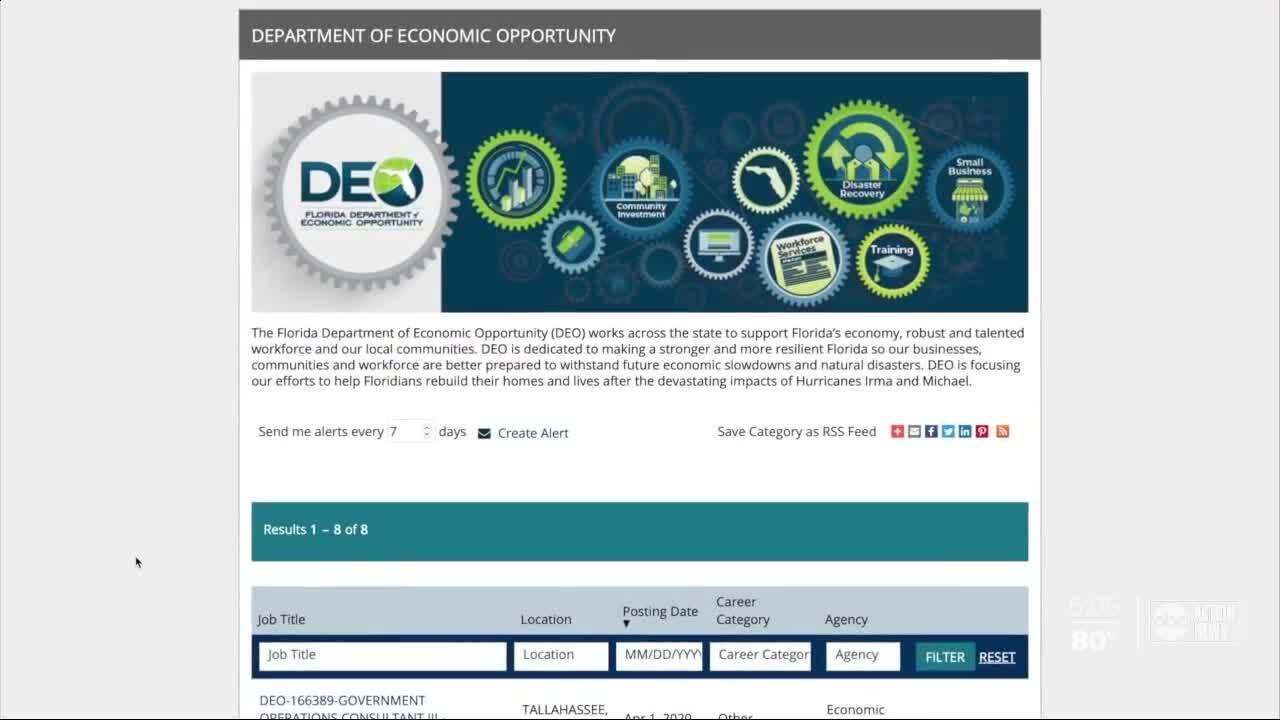 TAMPA, Fla. (WFTS) -- As laid off Floridians struggle to file for benefits on the state’s broken unemployment website, ABC Action News has uncovered the company that built the system secured its multi-million-dollar, taxpayer-funded contract, even as the state's top leaders questioned its work for other state agencies.

Florida hired Deloitte Consulting in 2013 to build its unemployment website.

Deloitte is one of the world’s largest accounting firms. The client list for Deloitte and its related firms spans the globe and includes several state governments, including Florida, which paid the company’s consulting arm $77 million to build the website known as CONNECT – the gateway to Florida’s unemployment system.

But ABC Action News Anchor Paul LaGrone uncovered the state of Florida was actively suing Deloitte for a completely different issue when it hired the company’s consulting arm to build its unemployment website.

In a 2010 lawsuit, the state accused Deloitte of malpractice for failing to perform its auditing obligations of insurance companies that folded after a string of hurricanes. The lawsuit went to trial and the jury ruled in favor of Deloitte in 2015.

But as the case made its way through the court system, Florida hired Deloitte Consulting to build the state’s unemployment website.

Shortly after being hired in 2013, the Department of Economic Opportunity started fining Deloitte Consulting $15,000 a day because of the problems with the unemployment website.

Annual state audits – beginning in 2015 – also found dozens of glitches in Florida’s unemployment website. The audits noted technical errors and system defects – all of it contributing to a backlog of claims.

Deloitte has said it fixed the problems and completed its work on the website five years ago.

ABC Action News asked DEO whether it dismissed those fines or made Deloitte pay and is still waiting on an answer.

But even after being sued by Florida and fined by Florida – the consulting arm of Deloitte landed a $16 million contract with DCF in 2016 for a different project.

The I-Team also followed the money and found state election records show a Deloitte firm has doled out more than $251,000 since 1997 to Florida lawmakers, who have a direct say in the state’s unemployment policies.

Federal election reports also show Deloitte’s political action committee has contributed millions of dollars to members of Congress from Florida – both Republicans and Democrats – since 2000.

Governor Ron DeSantis, who has been critical of the unemployment website by declaring it was designed to fail, has also accepted campaign donations from Deloitte’s political action committee.

Deloitte’s PAC has given $3,000 to Gov. DeSantis’ past congressional campaign since 2013.

“We had a system that was a disaster,” said Gov. DeSantis of the unemployment website at a news conference on May 15.

But at the same briefing, Gov. DeSantis also blamed the unemployed for filling out their applications incorrectly, saying, “I can tell you that DEO goes through this and 9 times out of 10, the application is incomplete.”

In January – just months before record unemployment – the I-Team found the political committee supporting the governor – Friends of Ron DeSantis – accepted $3,000 from a Deloitte firm.

A HISTORY OF PROBLEMS

“The system was designed to not pay benefits to people,” said Barack.

The same law set the weekly check for Florida’s unemployed at $275 – one of the lowest in the nation – and set the stage for the current unemployment website.

When ABC Action News Anchor Paul LaGrone asked Barack why he thinks the system was set up that way, Barack said, “It made it so that the economy was better than it actually was, which helped Rick Scott’s political fortunes.”

Dan Raulerson, a former state representative, urged his fellow state lawmakers to fix CONNECT years ago at a public hearing, but he says his concerns were mostly ignored.

Raulerson, a Republican who sat on the auditing committee, said the same problems with the state’s unemployment website continued to surface year after year.

When asked if he thinks the system was designed to fail, Raulerson said, “Well, put it this way: If someone designed it fail, they need to go to jail. It’s as simple as that.”

State Sen. Janet Cruz, D-Tampa, has called for Deloitte Consulting to return the money it was paid build the website or for a lawsuit that would force the company to issue a refund for its website work.

“The system is not just a debacle. The system is an epic failure,” said Cruz, who told ABC Action News her office is now being flooded with emails and calls from Florida’s unemployed. “My staff of three works eight and 10 hours every day talking to people on the verge of suicide who don’t have money.”

In April, a class action lawsuit was filed in Florida against Deloitte Consulting and DEO – alleging negligence surrounding the state’s failing unemployment website.

In court filings, Deloitte said it is no longer in charge of the unemployment website and has told ABC Action News its work on CONNECT ended in 2015 and saying, “We have not been involved in the system since then. Clearly, any lawsuit involving us would have no merit.”

Florida’s unemployment office told ABC Action News it is now making daily improvements to the system and claims are being processed faster.

On May 4, Gov. DeSantis ordered an investigation into the CONNECT website, but the call to investigate was of little comfort to those struggling to get unemployment benefits.

“Literally for a month I tried calling them nonstop through the day and never got a hold of anybody,” said Ricky Karls of his efforts to file for unemployment.

Karls and Kelly Foss, who lost their jobs during the height of the pandemic shutdown, said they spent weeks trying to log onto the state’s unemployment website.

“Never in my life did I think this would happen,” said Foss.

When asked what she would tell Gov. DeSantis, Foss said, “I want to say help us. I work in your town. I work in downtown Dunedin – that’s your town… I take care of your community. Take care of us.”