NASA and SpaceX postpone historic launch due to weather, reschedule for Saturday
NWNavyLifeNewsLocal 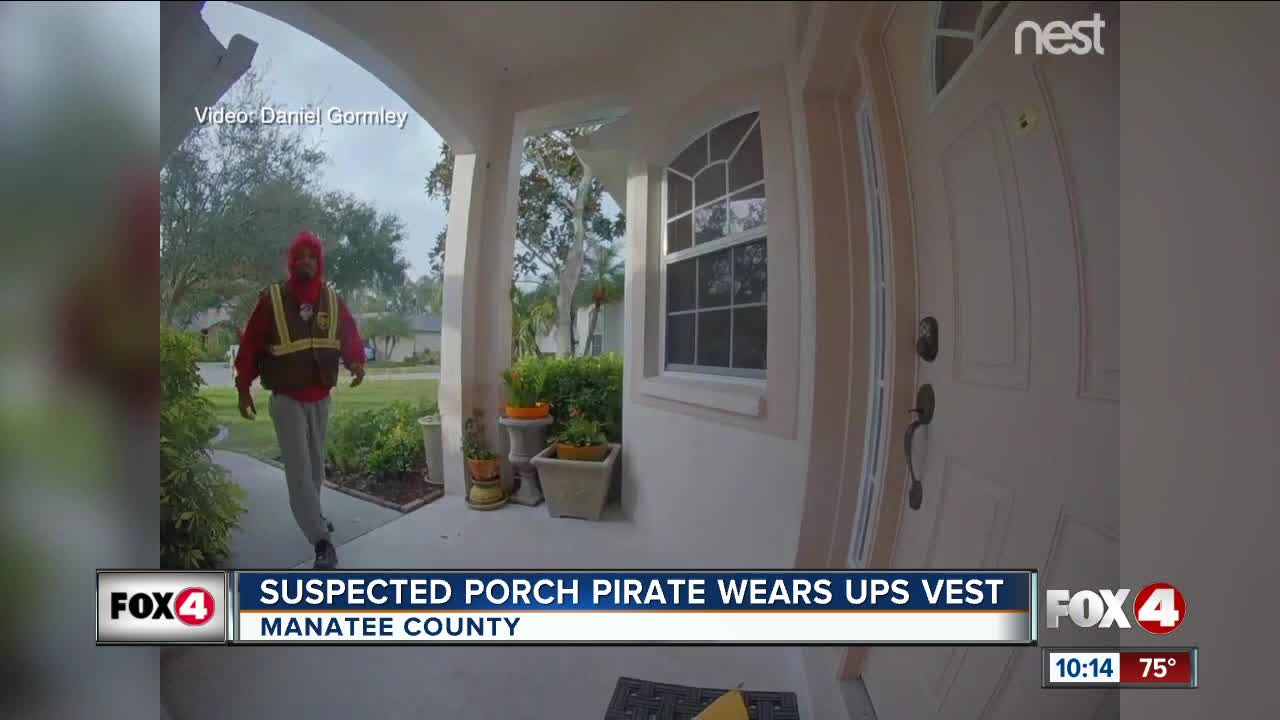 A man wearing a UPS vest is caught on camera stealing items off of people's porches.

MANATEE COUNTY, Fla. -- A savvy porch pirate was caught on camera wearing a UPS vest, but he wasn't leaving any packages.

It’s the time of year for giving but for porch pirates, it’s prime season for taking.

“I want to make him completely famous," said Daniel Gormley," a recent victim to a porch pirate, "I want everyone to know his car and his face. I don’t want him to be able to go anywhere ever and people not go ‘I know you.'"

When at work he pulled up this surveillance footage and saw a strange car pull up.

“When I saw it pull in the driveway I go ‘This is it, I’m pretty sure I just got robbed,’” he said.

In the video, you can see a hooded man in a UPS vest. He takes off with at least $500 worth of Christmas gifts.

“Very, very violated," said Gormley of what he felt when he realized he'd been robbed.

From park to drive this Grinch is out of 46th Court East in Manatee County in under a minute. Then Gormley noticed something else.

“He took the tag off the back off his car also so someone couldn’t figure out who he was," he said.
A savvy porch pirate was caught on camera wearing a UPS vest, but he wasn't leaving any packages.

While Gormley deals with the hassles this package-nabber left behind he hopes one of us will recognize him.

If the man in the footage or his car looks familiar please call the Manatee County Sheriff’s Office.