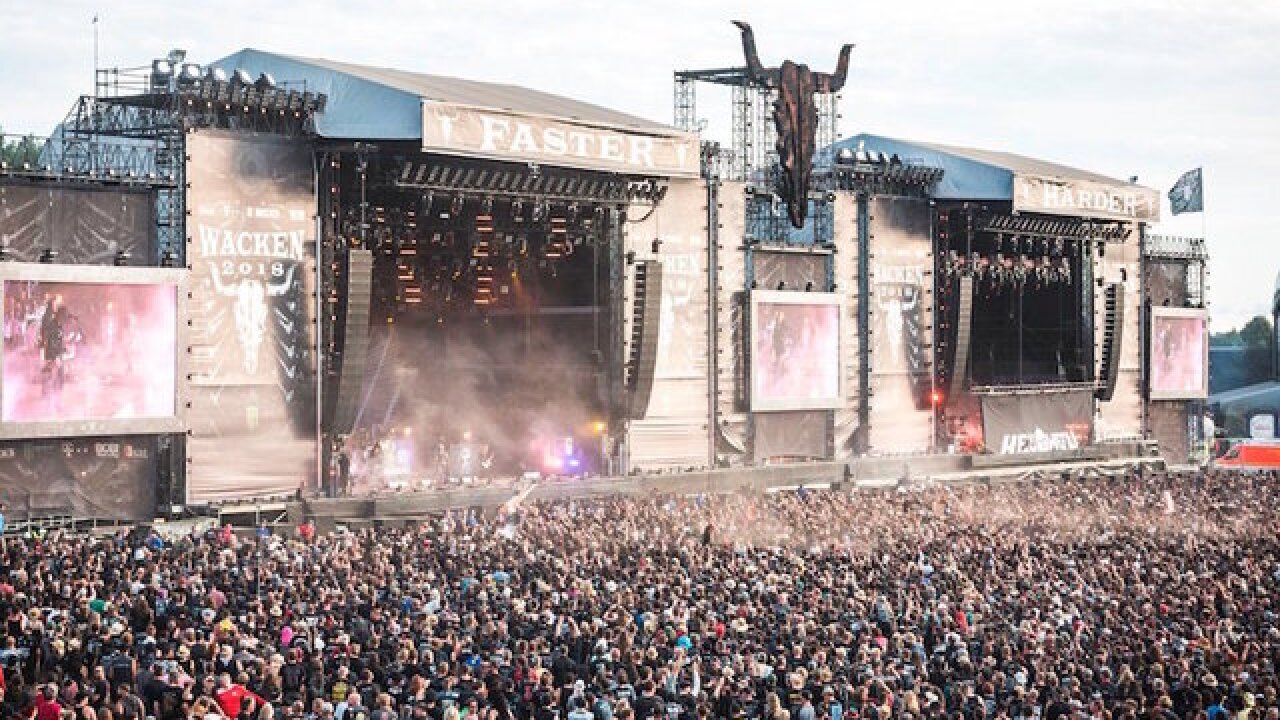 © 2018 Cable News Network, Inc.
Gina Wetzler/Getty Images
<p>Two Germans who ran away from their retirement home to attend a heavy metal music festival had their plot foiled by police.</p>

Two Germans who ran away from their retirement home to attend a heavy metal music festival had their plot foiled by police.

A police patrol found the two elderly men at 3 a.m. on August 4 on their way to Wacken Open Air festival after staff at the retirement home in Dithmarschen, northern Germany, reported them missing the evening before.

The elderly pair were reluctant to abort their plans and police said they escorted the men's taxi back to the retirement home "as a precaution."

A spokesperson for the festival did not know if the two men had bought tickets to the event.

Wacken Open Air, an annual three-day celebration of the world of heavy metal music, bills itself as the world's largest festival of its kind, with 75,000 tickets sold this year.

The 29th edition of the festival was fully sold-out and bands including British group Judas Priest, Danzig and Nightwish took to the stage in front of the crowd.