Trump-Kim summit: What to watch 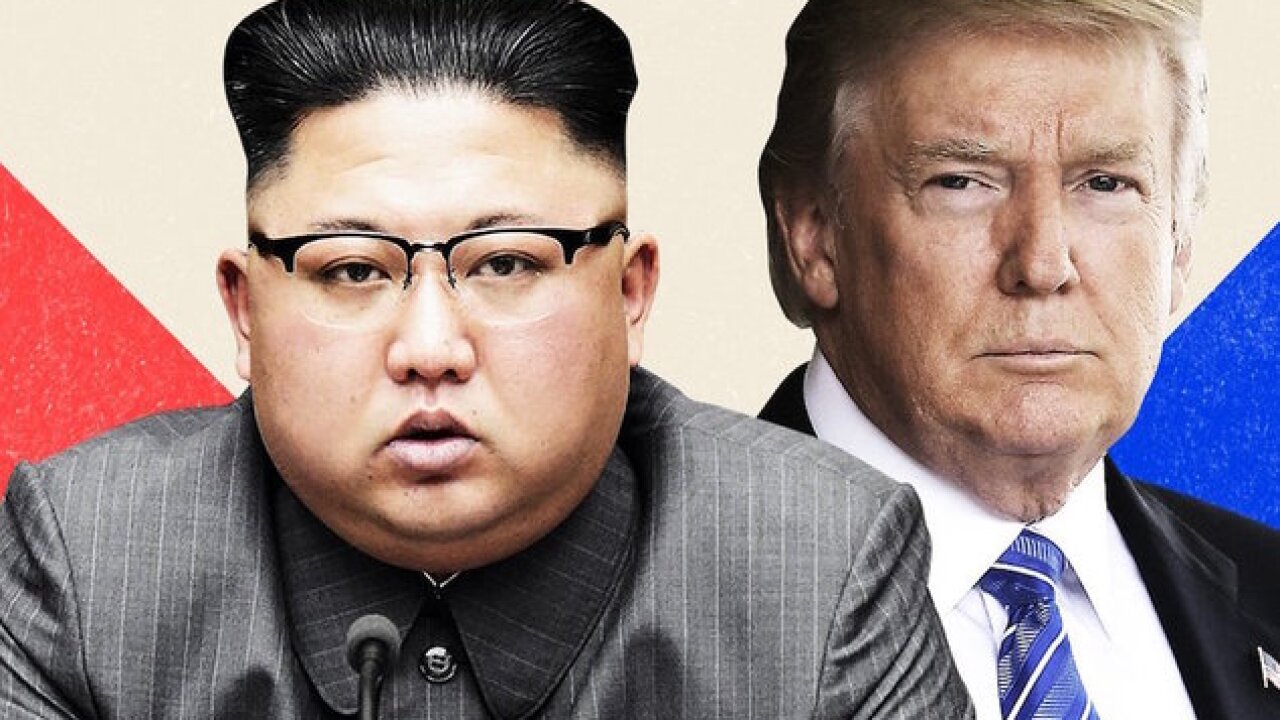 © 2018 Cable News Network, Inc.
CNN Illustration/Getty Images
<p>Trump and Kim will meet one-on-one with only translators in the room before expanding the meeting to Secretary of State Mike Pompeo, chief of staff John Kelly and national security adviser John Bolton on the US side, the White House announced Monday.</p>

President Donald Trump and North Korean leader Kim Jong Un will be making history here on Tuesday morning when they shake hands for the first time.

Whether that historic first meeting between a sitting US president and North Korean leader proves substantive is another matter. And that is what the world will be waiting to learn as Trump and Kim head into the Capella Hotel on Singapore's Sentosa island.

After shaking hands, Trump and Kim will meet one-on-one with only translators in the room before expanding the meeting to Secretary of State Mike Pompeo, chief of staff John Kelly and national security adviser John Bolton on the US side, the White House announced Monday. The two delegations will also hold a working lunch.

US and North Korean officials were still meeting on the eve of the summit in an effort to bridge the gap between the two countries on how to substantively achieve North Korean denuclearization. Pompeo said the delegations were "rapidly" making progress.

But it will come down to the meeting between the two leaders.

"Tomorrow we will get our clearest indication to date of whether Chairman Kim Jong Un truly shares this vision," Pompeo said.

So far, the US has offered no indication that it has reached a substantive preliminary agreement with North Korea on how to achieve the "complete and verifiable and irreversible" denuclearization that Pompeo reconfirmed on Monday the US is seeking.

But Pompeo's comments sought to reaffirm the high benchmark the US is setting for Trump and Kim to reach an agreement. Pompeo also reiterated that the US will maintain its sanctions on North Korea until it fully dismantles its nuclear weapons program -- seemingly writing off the prospect of the phased approach North Korea has sought.

Whether Trump and Kim will be able to bridge the gap on this key issue remains the key question ahead of the summit.

The US has made clear it will take a series of meetings to fully achieve that objective, but Trump will need to come away with something concrete to avoid criticism that he simply handed North Korea the legitimacy of a photo op with a sitting US president.

Beyond denuclearization, the two leaders will also approach the issue of officially ending the Korean War, normalizing relations between the two countries and a framework for reaching a denuclearization deal. The US may also look for North Korea to declare the existence and location of all the elements of its nuclear program.

The public will quickly find out how Trump viewed the summit. The White House said Trump will address reporters on Tuesday before flying back to the US.

US officials, allies and North Korea experts have already fretted over Trump's indication that he will follow his gut instincts in approaching talks with Kim. The US President has spurned offers from Japan to more closely coordinate a unified position ahead of the summit and aides worry he has not internalized the information presented to him in briefings.

Now, Trump plans to hold his first meeting with Kim alone save for a pair of interpreters, heightening concerns he will stray from the approach US officials hope the President will follow.

Trump "is an incredibly instinctive, intuitive, off-the-cuff, winging-it negotiator," said Marty Latz, the author of the forthcoming book "The Real Trump Deal." "This is not someone who takes a lot of time to do strategy, he's not someone who's going to extensively read the research in negotiations. He just goes and he does it."

Trump has long groused about the cost of basing US troops in South Korea and has floated the possibility of withdrawing them. If that's the approach Trump is instinctively drawn to, US officials and experts worry Trump could make the concession in his first meeting with Kim.

The summit will already be a significant PR coup for North Korea, which has sought a face-to-face meeting with the sitting US president for decades.

But it will be up to Trump to decide how much to embrace the North Korean dictator.

Analysts will be closely scrutinizing the two men's body language -- physical contact, facial expressions and more -- as they meet for the first time in front of the Capella Hotel. Will they simply shake hands? Or will Kim go in for a hug as he did with South Korean President Moon Jae-in? And how will Trump react if he does?

While US officials are hopeful that Kim is prepared to take North Korea in a new direction by agreeing to denuclearization, Kim remains a ruthless dictator who has committed slews of human rights violations, ordered family members executed and spent millions of dollars advancing his nuclear and ballistic missile programs while his people face food shortages and poverty.

Trump has already floated the possibility of inviting Kim to Washington if the summit goes well.

But even before then, Trump and Kim could emerge from their meetings on Tuesday declaring a second day of meetings. US officials have already established a contingency plan for a two-day summit should the two leaders agree to an immediate second-round of talks.

For now, though, both Trump and Kim are scheduled to fly back to their homes after the summit on Tuesday.