McKinley Fire in Alaska threatens more than 1,000 structures as wildfires rage in a dozen states 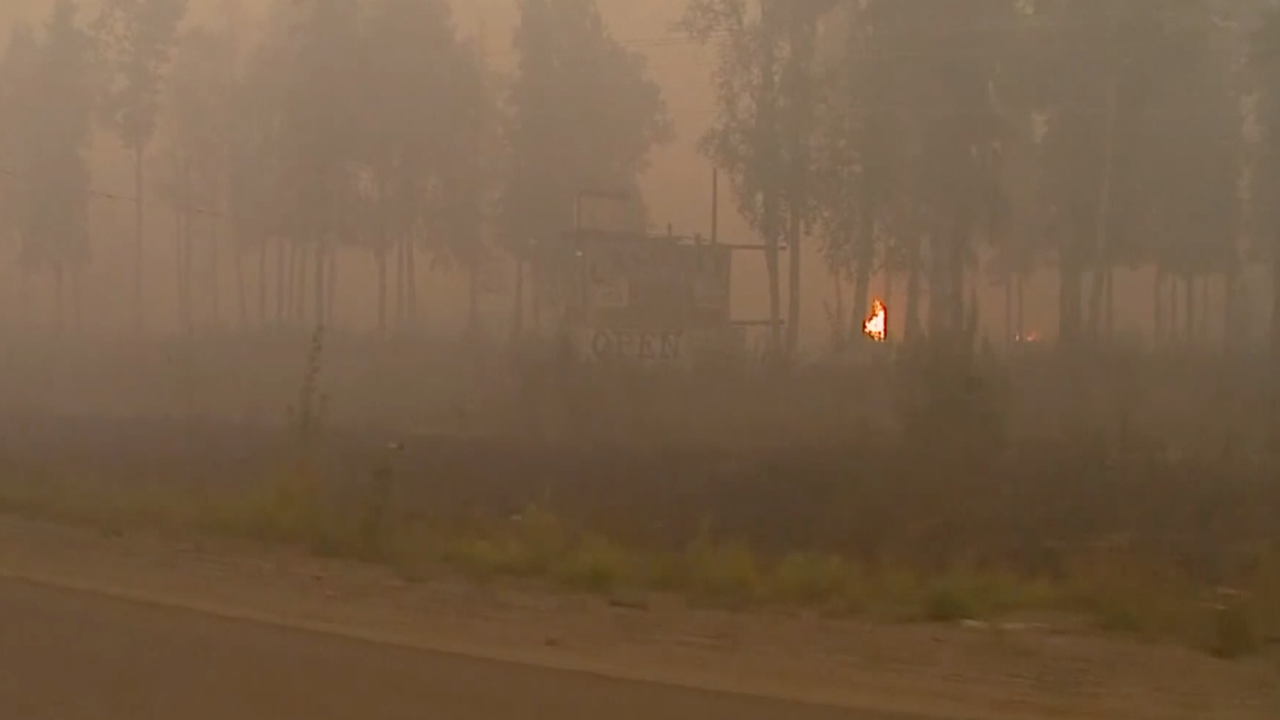 Almost 50 large wildfires are burning in a dozen US states from Texas to Alaska.

The McKinley Fire, which has now spread to more than 4,300 acres in Alaska, has destroyed at least 80 structures so far, the Alaska Division of Forestry reported Wednesday morning.

Meanwhile, at least 48 large fires are actively burning in 12 states , according to the National Interagency Fire Center. Alaska is battling eight wildfires; Texas 7; Arizona and Idaho six each; Montana and Utah five each; Oregon and Washington three each; New Mexico two; and California, Oklahoma and Wyoming one each.

Along the highway between Anchorage to Fairbanks

As of Wednesday, Alaska continues to be the nation's top priority. The largest of the eight fires in the state is the McKinley Fire, which broke out on Saturday near Milepost 91 of the Parks Highway. The blaze has spread south along the road that links Anchorage and Fairbanks. An evacuation has been ordered for both sides of the Matanuska-Susitna valley highway, with shelters set up in Wasilla and Talkeetna.

Conditions are extremely dry in the state, according to the Alaska Fire Service . Fire growth slowed earlier in the week with calmer winds and cooler temperatures and this weather trend is expected to continue.

Alaska's fire division reported that about 250 people are currently battling the blaze, and this number climbs daily. Day patrols actively respond as needed while a night watch also monitors activity.

There are 1,028 structures still threatened by the fire, according to a borough property database.

Though the Parks Highway remains open, with pilot cars leading traffic through a 28-mile hot stretch, motorists should expect delays of up to four hours and should use alternate routes when possible, Alaska State Troopers advised .

New fires were reported in Montana, Oklahoma and Texas on Wednesday, the center reported. Meanwhile, a cold front is moving southeast into the Pacific Northwest. Breezy winds will accompany the cooler temperatures and this could lead to critical fire weather conditions across portions of Oregon and Nevada, according to the center.

Flames and falling structures are not the only causes of concern for communities affected by the fires. Anyone in the region of a fire also faces the effects of increased air pollution.

Particles in wildfire smoke can cause respiratory troubles including chest pains, a fast heartbeat or an asthma attack, experts say. Generally, females are more vulnerable to wildfire smoke than males, children more at risk than adults.