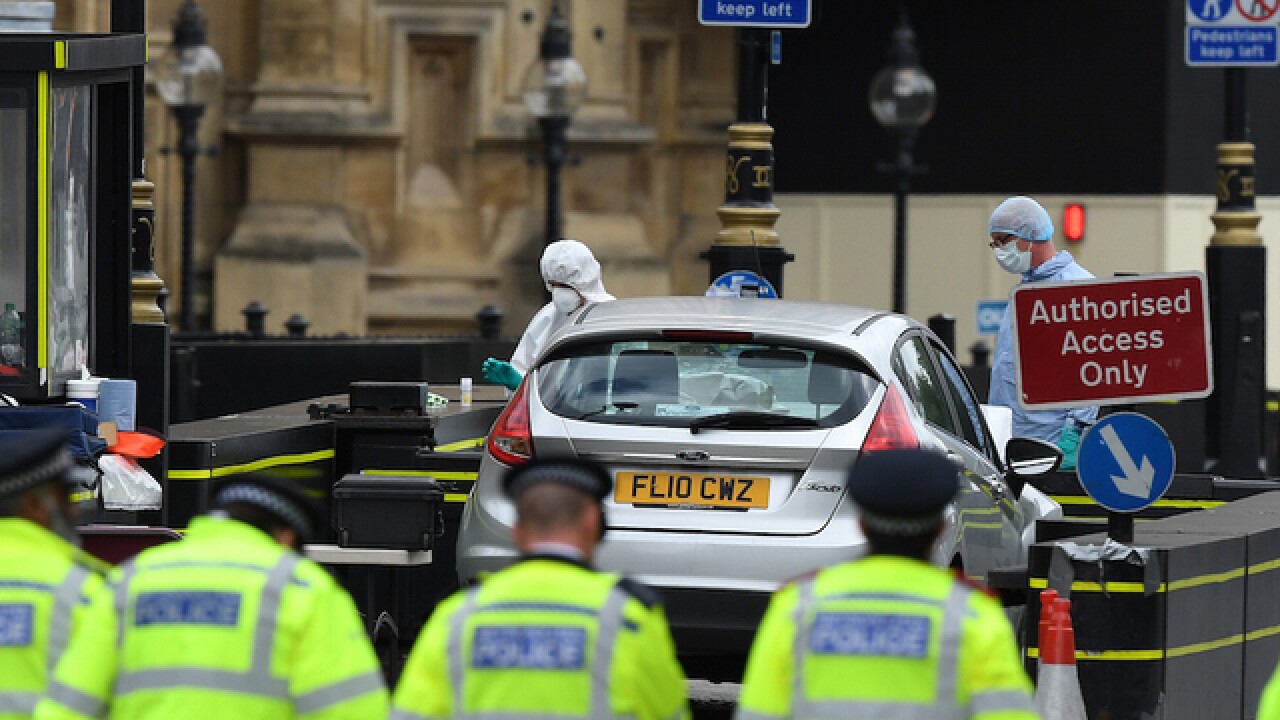 Image copyright 2018 Getty Images. All rights reserved. This material may not be published, broadcast, rewritten, or redistributed.
Leon Neal
<p>A general view of police officers searching the scene as forensic officers work on the vehicle that crashed into security barriers, injuring a number of pedestrians early this morning, outside the Houses of Parliament on August 14, 2018 in London, England. </p>

A 29-year-old man who deliberately drove a car into a crowd outside Britain's Houses of Parliament has been charged with two counts of attempted murder, the Metropolitan Police in London said Saturday.

Salih Khater of Birmingham, a Sudanese-born UK national, is scheduled to appear in court Monday, police said in a news release.

Three people were hurt early Tuesday when the car collided with cyclists and pedestrians as well as police officers before crashing into barriers outside Parliament, police said. A man and a woman were treated in the hospital but were discharged, and another man was treated at the scene.

Parliament was in summer recess, meaning the normally bustling center of British government was emptier than usual.

"Due to the methodology, iconic location and the alleged targeting of civilians and police officers, the CPS are treating this case as terrorism," the news release said.

Khater studied accounting at Coventry University between September 2017 and May 2018, when he was no longer enrolled, the university said in a statement.

Security in central London has increased since a pair of deadly attacks near landmarks in the British capital last year.

The first took place in March 2017, when a 52-year-old British man who had been living in Birmingham rammed a rental car onto the sidewalk on Westminster Bridge, killing four. He also stabbed an unarmed police officer.

Weeks later, in June, seven people were killed and 48 wounded when a white van struck pedestrians on London Bridge, then drove to a nearby market area where the suspects stabbed a number of people.