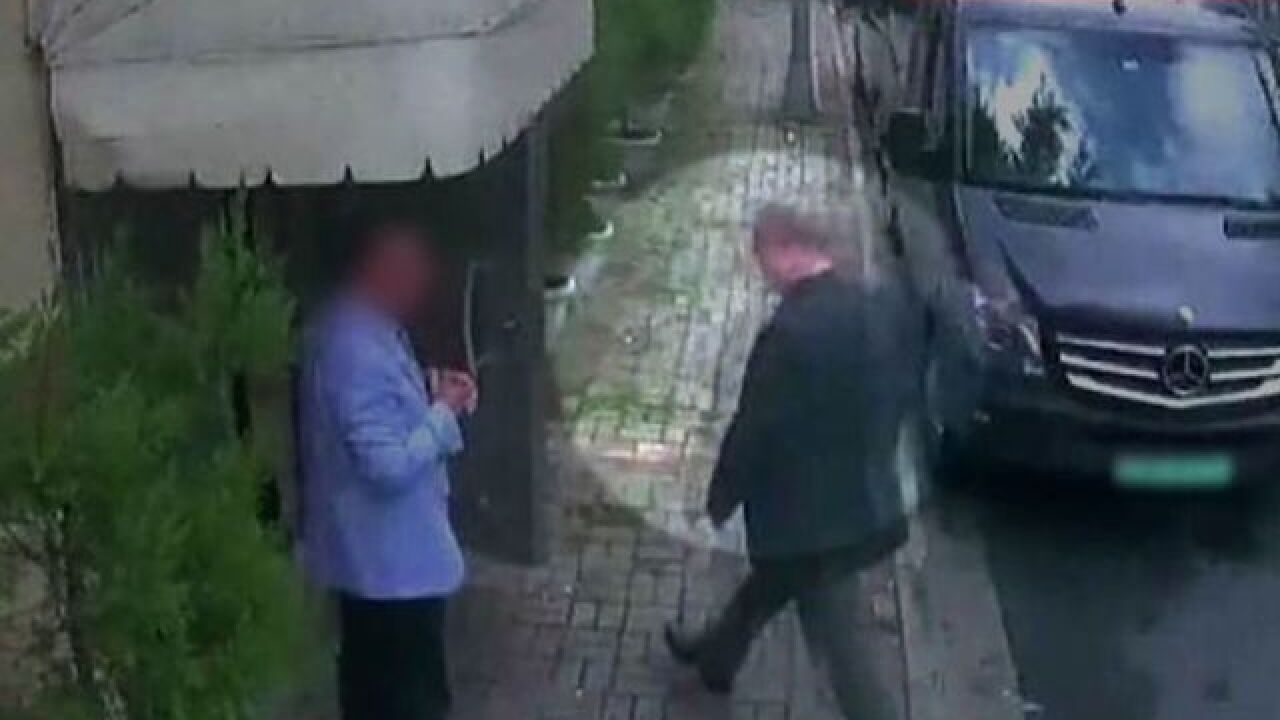 Jamal Khashoggi's death was pre-planned and was not spontaneous or an accident, Turkey's President Recep Tayyip Erdogan said on Tuesday in a highly anticipated speech, which flat-out denied Saudi Arabia's claim that the journalist's killing was not premeditated.

"Jamal Khashoggi was the victim of a ferocious murder," Erdogan said, underlining that his killing was not accidental, but meticulously planned. "This kind of brutality is against the collective human conscience."

Erdogan also revealed that a Saudi team carried out reconnaissance at two separate locations and cameras and that a hard drive were removed from the kingdom's consulate prior to the journalist's arrival on October 2 for his scheduled appointment.

"We stated that we would not remain silent and that we would take every step necessary for justice to be done," Erdogan said at a parliamentary address to members of his ruling Justice and Development Party (AKP), two days after promising to reveal "the naked truth" of the Khashoggi case.

Erdogan called on the King of Saudi Arabia for the 18 Saudi suspects linked to Khashoggi's death be tried in Istanbul.

After weeks of denying any knowledge of Khashoggi's whereabouts, the Saudi government said on Friday that the journalist had indeed died in the kingdom's diplomatic compound in Istanbul. The Saudi story has shifted drastically since Khashoggi was last seen entering the consulate on October 2; the official line is now that he was accidentally killed when a discussion with officials turned into a brawl.

Erdogan presented a very different version of events on Tuesday, speaking in Ankara as Saudi Arabia's flagship investment conference got underway in Riyadh, the Saudi capital. Dozens of top business leaders from around the world have pulled out of Crown Prince Mohammed bin Salman's showcase event, known as "Davos in the desert," as questions mount over the Saudi government's role in the death of the Washington Post columnist and US resident.

Saudi Foreign Minister Adel al-Jubeir said on Sunday that Khashoggi's killing was part of a rogue operation and that his government would punish those responsible for his "murder."

But Turkish officials have maintained from the start that Khashoggi's death was "violently planned" ahead of time, carried out by a team of Saudi operatives dispatched to Istanbul, and subsequently covered up.

In the intervening weeks, Turkish officials have released a drip-feed of information related to their investigation into Khashoggi's murder, including surveillance footage shared exclusively with CNN that showed what a Turkish source described as a "body double" leaving the Saudi consulate in Istanbul on the day Khashoggi died. The Saudi operative, said by the Turkish source to be one of a 15-man team sent from Saudi Arabia to kill Khashoggi, was wearing the journalist's clothes and was picked up on surveillance footage at locations around Istanbul.

The Turkish Foreign Minister Mevlut Cavusoglu said Tuesday that evidence uncovered during the investigation has yet to be shared with any country, according to Turkey state-run Anadolu News, but that Turkey was "ready to cooperate in a possible probe into Khashoggi case at UN, international courts."

"Jamal Khashoggi's killing is a violently planned and a very complicated murder, which was being covered up," Omer Celik, AKP spokesman, said at the party's headquarters in Ankara on Monday. "I hope those responsible for Khashoggi's killing are punished and no one ever thinks of repeating this."

Speaking to reporters on Monday, Erdogan's spokesman Ibrahim Kalin said: "The line our President put since the beginning of this case is very clear. The investigation will continue until the end."