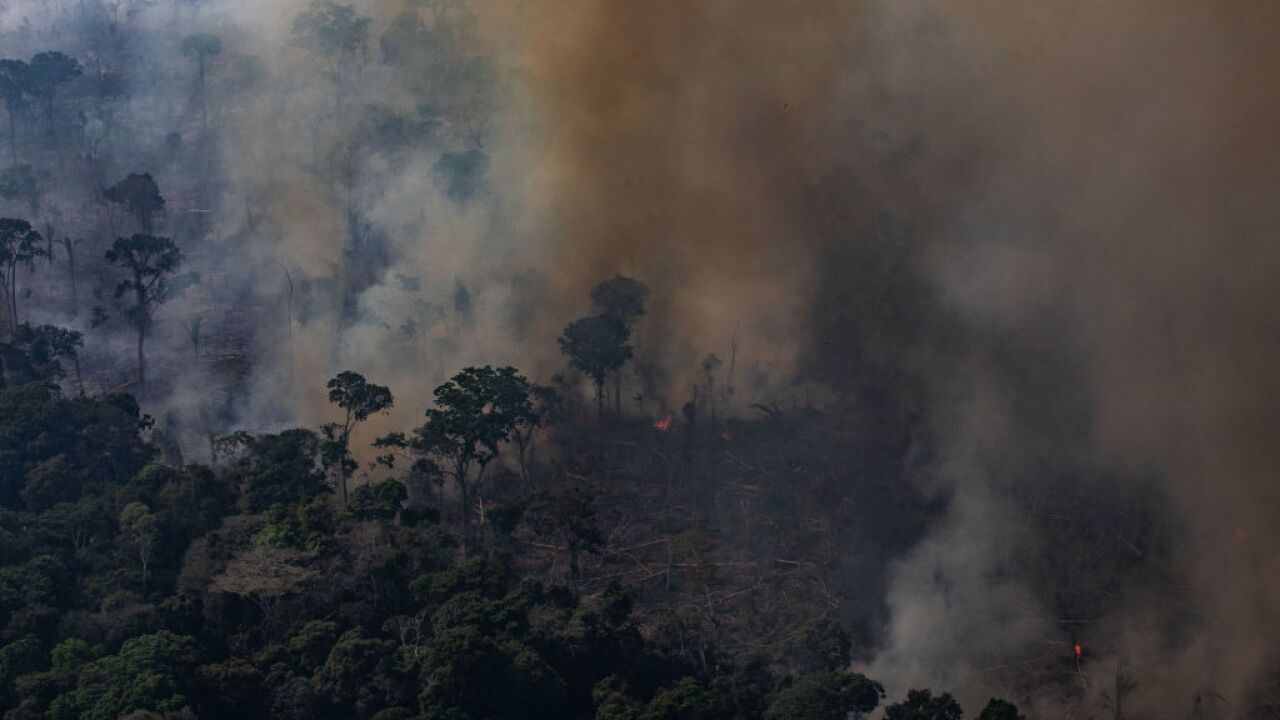 Brazil has escalated its war of words with global powers over the Amazon fires, announcing it would reject $20 million in foreign aid before the country's president appeared to contradict his own representatives and leave the door open to accepting the funds.

The special communications office for President Jair Bolsonaro told CNN on Tuesday morning that Brazil would turn down the money that was pledged at the G7 summit in France the day before.

But around an hour after his communications office confirmed that Brazil would reject the funding, Bolsonaro appeared to cast doubt on the matter. "Did I say that? Did I? Did Jair Bolsonaro speak?" he asked reporters outside the presidential residence.

The Brazilian president added that he would only respond to the offer once French President Emmanuel Macron withdrew his insults against him. Macron had accused Bolsonaro of "lying" to him about climate commitments during trade negotiations.

The Amazon blazes have caused a public spat between Bolsonaro and Macron, who has been vocal about the need for an international response to the fires.

Macron spearheaded the effort and announced the aid package at the G7 summit he hosted in Biarritz.

Bolsonaro's chief of staff waded into the dispute between the two leaders on Monday evening, suggesting that the money should instead be used "to reforest Europe."

"Macron is unable to avoid a preventable fire in a church that is at a World Heritage Site and he wants to show us what is for our country? He has a lot to look after at home and the French colonies," Onyx Lorenzoni was quoted as saying by G1 Globo late Monday night. He was referring to the Notre Dame Cathedral fire in April.

Later on Tuesday, during a meeting with governors of states affected by the fires, Bolsonaro struck a more conciliatory tone, announcing that no one in his administration was opposed to negotiating with France.

"We even thank the G7 for its work," he said. However, he added that Macron "should think two, three times before he attempts to get out of the complicated situation he is in, with huge disapproval within his own country, by messing with us."

For days, Bolsonaro had been saying the idea of creating an international alliance to save the Amazon would be treating Brazil like "a colony or no man's land," calling it an attack on the country's sovereignty.

Speaking alongside Macron at the G7 on Monday, Chile's President Sebastián Piñera announced a new two-step process for fighting the Amazon blazes.

He said the first step was to cover the emergency and collaborate with Amazonian countries in fighting the fires.

The next phase would be focused on protecting the forest's biodiversity then working on reforestation. Piñera said this would be agreed at the United Nations General Assembly in New York in September.

"The second step would be possible because of the collaboration between the Amazonian countries and the G7 countries," Piñera said, adding this would be done while "of course always respecting their sovereignty."

The conflict between Macron and Bolsonaro got personal when a user post on the Brazilian president's Facebook page compared the appearance of his wife with that of the French first lady, implying that Macron was jealous. Bolsonaro's official account then commented: "Don't humiliate the guy ... haha."

Bolsonaro's government had found itself under increasing international pressure over its environmental policies even before the major fires broke out earlier this month.

Germany and Norway both suspended their contributions to Brazil's Amazon Fund earlier in August. Over the past decade, Norway has donated $1.2 billion to the conservation fund, which is managed by the Brazilian Development Bank. Germany has contributed $68 million.

The German Environment ministry said earlier this month it was suspending the program, and its planned donation of up to $35 million euros ($39 million), because of doubts over Brazil's efforts to reduce deforestation.

A few days after that, Norway announced it suspended donations because the Brazilian government dissolved the fund's steering and technical committees.

While some world leaders have criticized the Brazilian president for his handling of the fires, he received praise from US President Donald Trump, who tweeted Tuesday that Bolsonaro was doing a "great job" that was "not easy."

"He and his country have the full and complete support of the USA!" Trump tweeted.

Bolsonaro said the tweet pleased him "a lot". "We know that President Donald Trump from whom I have profound appreciation, he has his communication via social media and he just tweeted this, and this is something that pleases me a lot," he said.