38 people killed in a series of avalanches in eastern Turkey 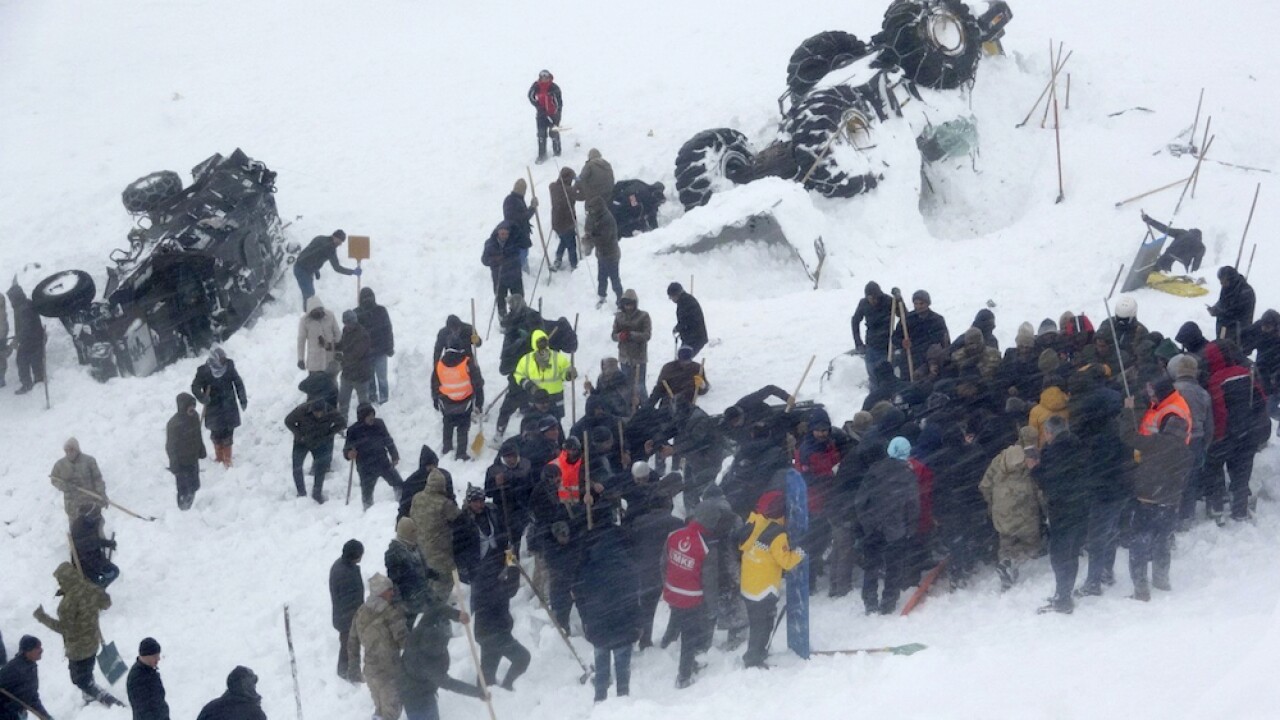 A series of avalanches in Turkey killed 38 people and injured 53, and more people are still buried beneath the snow, The Associated Press reports.

According to an official in Turkey, 5 people were killed in an initial avalanche Tuesday that hit a mountain highway close to the town of Bahcesaray, which is surrounded by mountains.

That buried a snow-clearing vehicle and a minibus. Seven people escaped alive.

While about 300 rescuers were attempting to save passengers aboard the bus, a second avalanche cascaded down the mountain. An additional 33 people were killed in the second avalanche.

Rescuers are still searching for people that may have been buried in the series of avalanches.

The Associated Press contributed to this report.