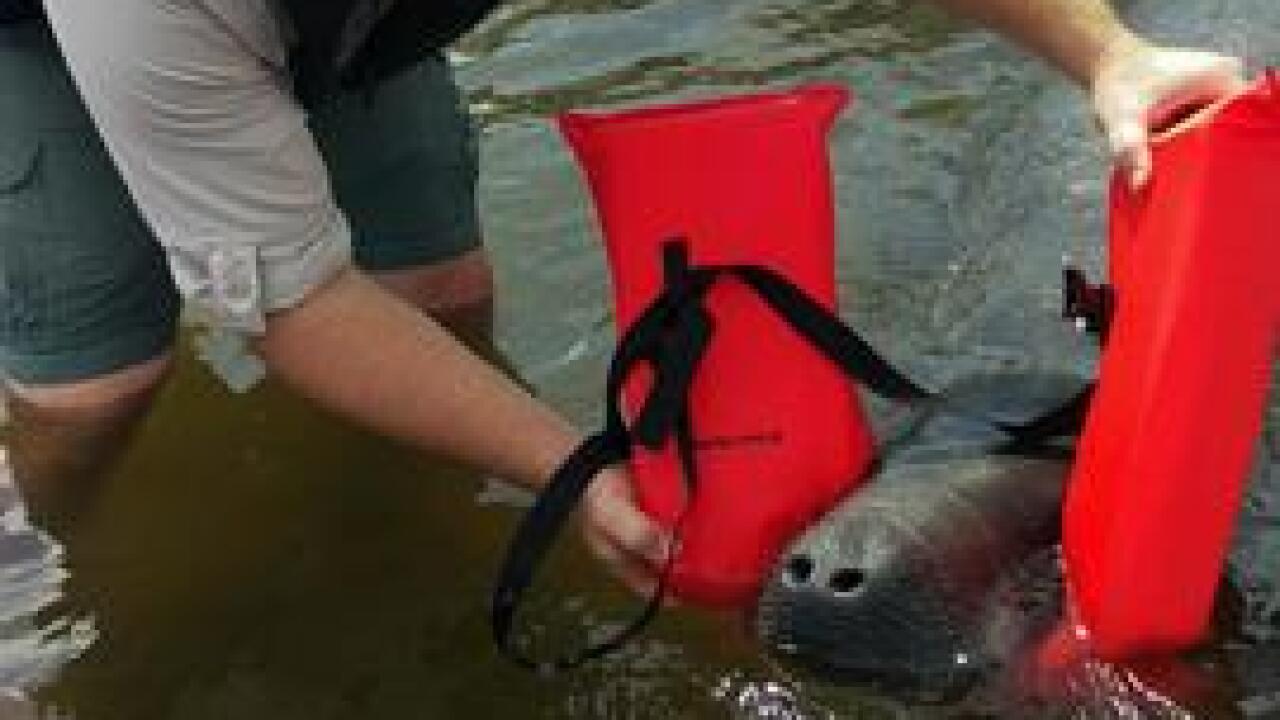 CHARLOTTE COUNTY, Fla. -- A manatee likely sick from red tide poisoning was found stuck on a sandbar Wednesday, and a deputy was doing everything he could to help keep it alive.

According to the Charlotte County Sheriff's Office, a Marine Deputy found the manatee on a sandbar in Lemon Bay and contacted FWC to help the animal.

They say the manatee was paralyzed from red tide but was still alive.  They placed a live vest under its snout to help it breathe until FWC arrived.

The manatee was removed from the water for transportation to SeaWorld for treatment.

Red tide has been very strong in Charlotte County this week, leading the National Weather Service to issue a beach hazard statement for the area.

FWC reports that manatee deaths in Southwest Florida have increased sharply in 2018.

The manatee is safe, still breathing and will be headed to @SeaWorld for treatment and monitoring! Once it is better it will be released back into the wild, after the red tide is clear. pic.twitter.com/yc1DcNlJ7n