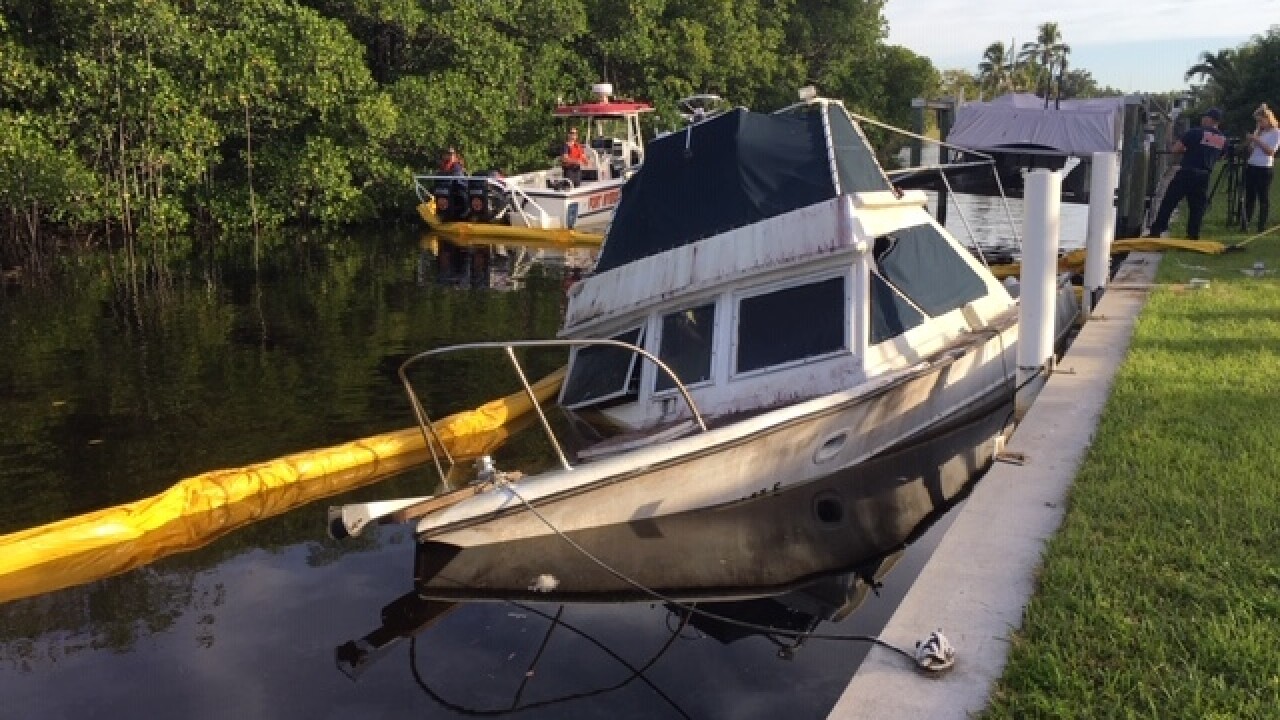 Copyright 2018 Scripps Media, Inc. All rights reserved. This material may not be published, broadcast, rewritten, or redistributed.
Lyle McCartee
<p>Sinking boat in a North Fort Myers canal on November 1, 2018.</p> 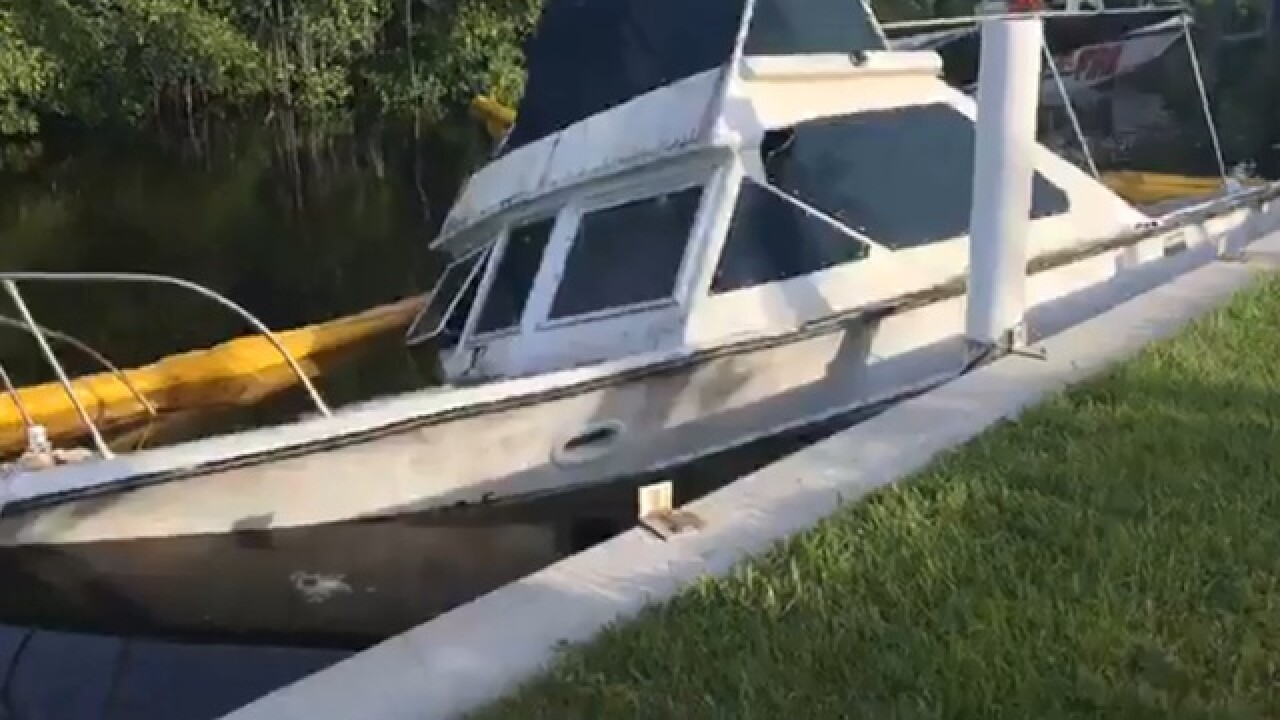 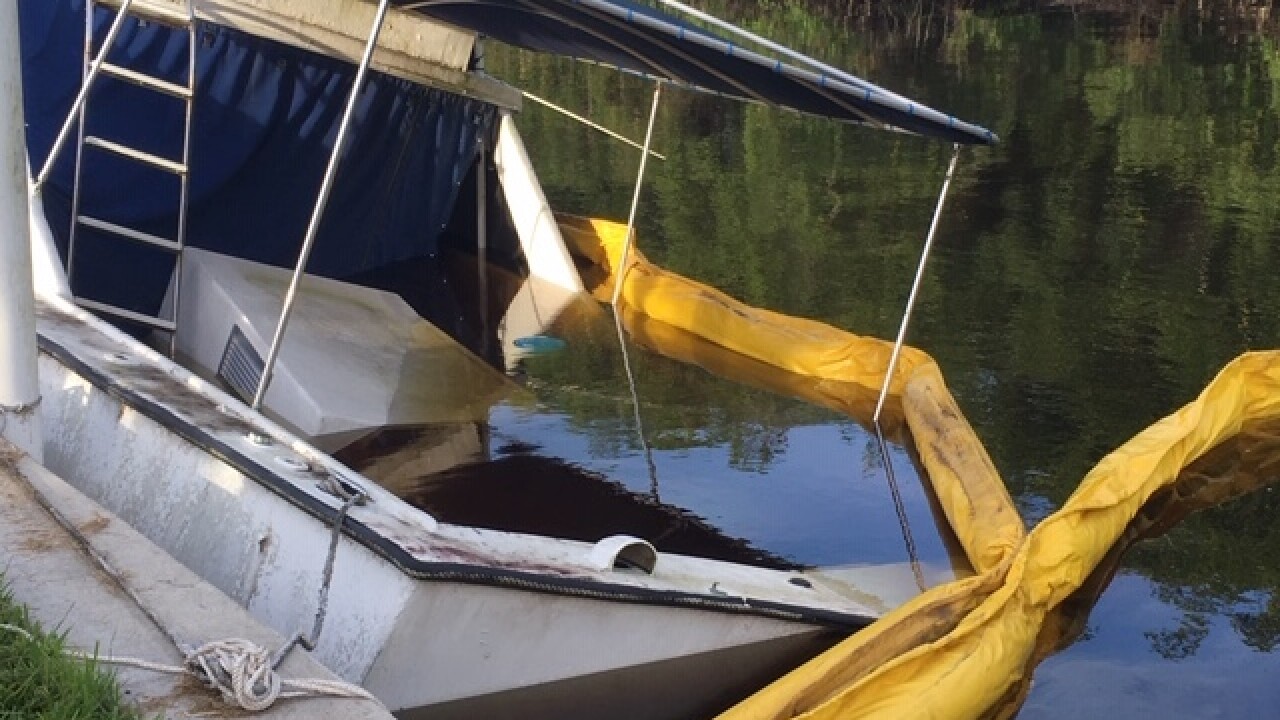 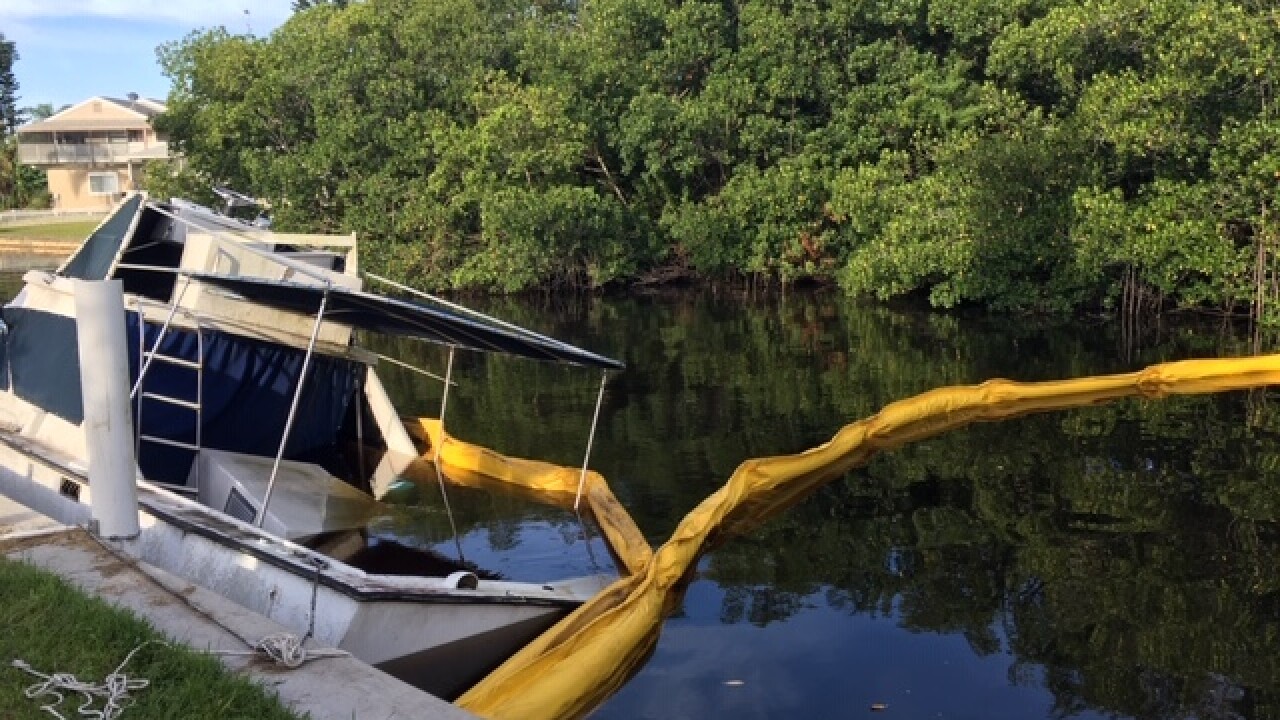 LEE COUNTY, Fla. -- Emergency crews responded to a sinking boat in a North Fort Myers canal that was leaking diesel fuel into the water Thursday morning.

It happened in a canal behind homes on E. North Shore Avenue, in a canal off Powell Creek.

An unknown amount of diesel fuel was released into the water, but an incoming tide was keeping it out of the river. “Fortunately that’s what we have working in our favor is the wind direction and the tide that is pushing everything to a dead end creek and unable to make it to Caloosahatchee River,” says Battalion Chief Mark Westra of North Fort Myers Fire.

Containment booms were deployed to keep fuel from spreading further.