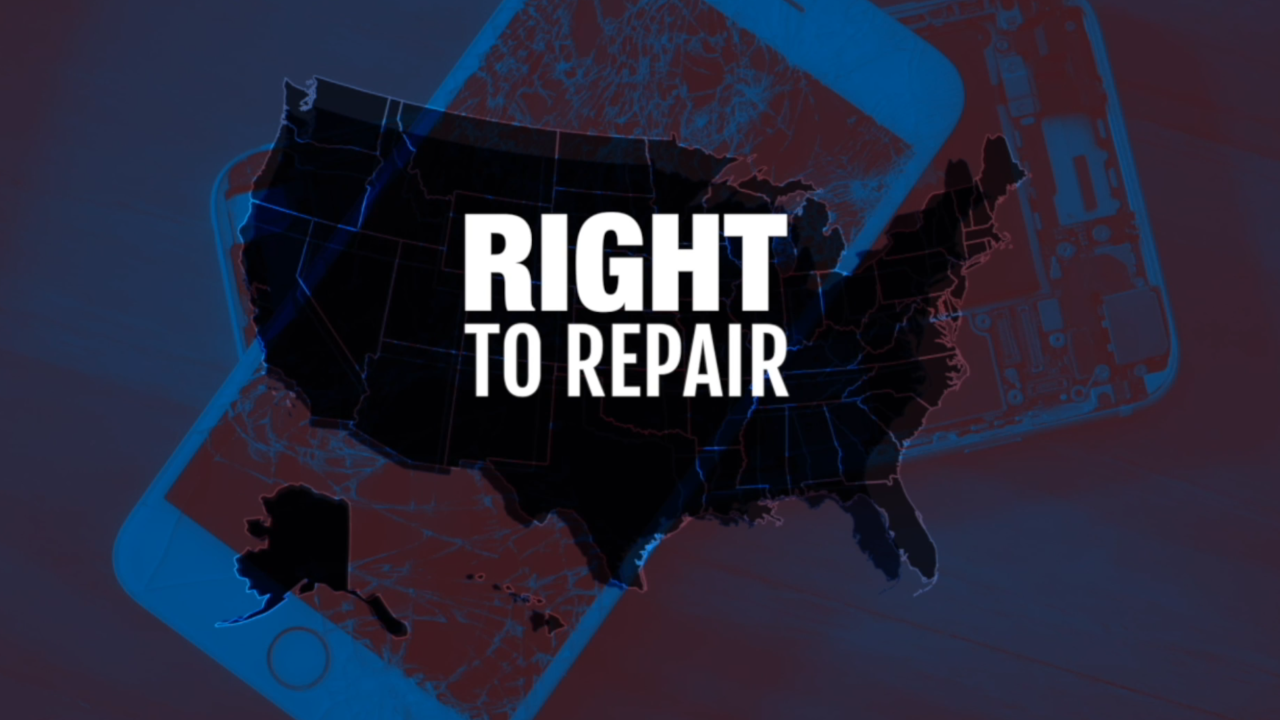 When your electronics stop working, the last thing you want to do is send it into the manufacturer to fix for a hefty price.

Cell phones are a common thing people break and go to repair shops to fix.

Robert Viator with uBreakiFix says a cracked phone screen is an easy fix. However, there are things that he can’t repair.

“The main things we can't fix typically revolve around iPhones,” Viator said. “The features are related to your security, like finger print scanners and facial recognition.”

Because of this, it’s creating a monopoly, he sid.

“Apple has full control over some of those aspects,” he said. “There's no competition; you can't compete with that.”

If customers were to break safety features on their phone, they could only go to one place to get their phone fixed, potentially costing them way more.

“Even though it's this $1 part that doesn't cost really anything, they are going to charge you a lot more than what the service is really worth,” Viator said.

Currently, 19 states are working to pass a Right to Repair law for things like smartphones and tractors. If passed, it could change the game for independent repair shops, giving them more access.

“Ultimately, it would just allow us to take care our customers and essentially their customers better and quicker more conveniently,” Viator said.