Suarez scores as Uruguay and Russia advance at World Cup 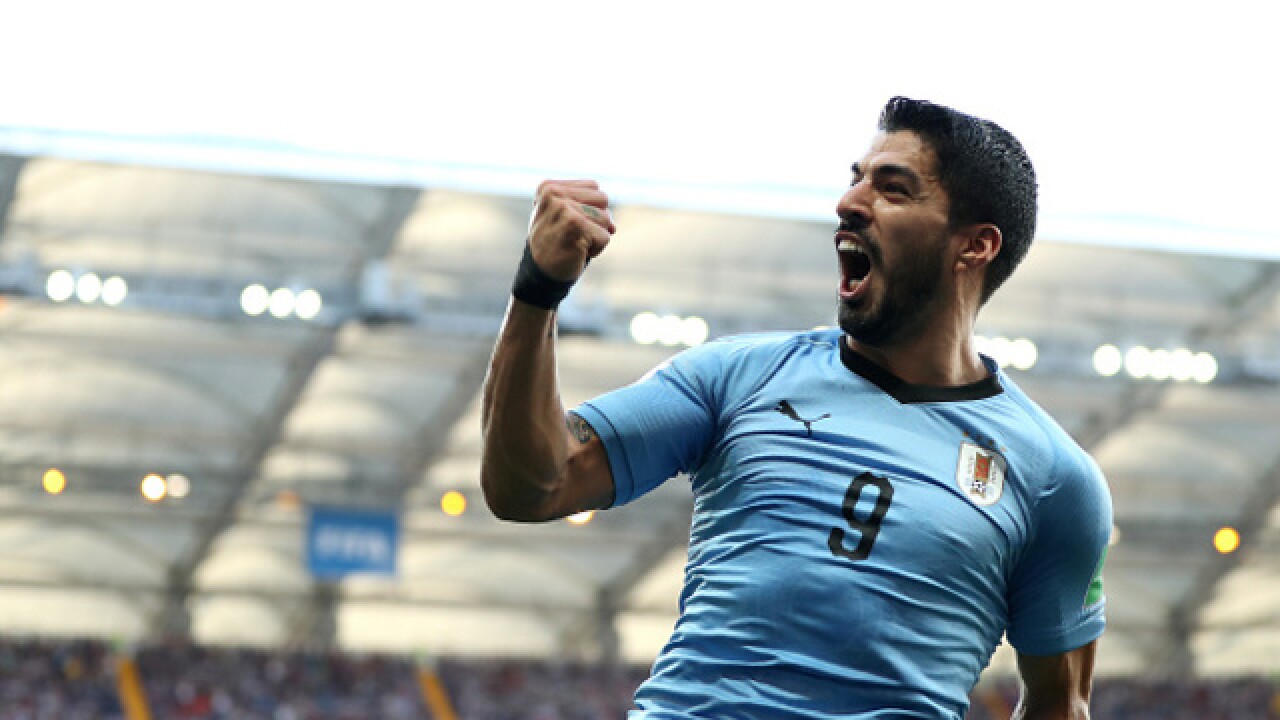 Copyright 2018 Scripps Media, Inc. All rights reserved. This material may not be published, broadcast, rewritten, or redistributed.
Ryan Pierse
ROSTOV-ON-DON, RUSSIA - JUNE 20: Luis Suarez of Uruguay celebrates after scoring his team's first goal during the 2018 FIFA World Cup Russia group A match between Uruguay and Saudi Arabia at Rostov Arena on June 20, 2018 in Rostov-on-Don, Russia. (Photo by Ryan Pierse/Getty Images)

ROSTOV-ON-DON, Russia (AP) - Luis Suarez put both Uruguay and host Russia into the second round of the World Cup while eliminating Saudi Arabia and Egypt at the same time.

Suarez scored the winning goal in his 100th international appearance for Uruguay, knocking in a corner kick from Carlos Sanchez in the 23rd minute to give the two-time champions a 1-0 victory over the Saudis on Wednesday.

It was the Barcelona striker's 52nd goal for his country in that century of games.

Besides scoring, Suarez led his team with a hard-working performance. He fell back to defend and raced forward on the counterattack.

Uruguay and Russia both have six points from their opening two matches, putting them into the round of 16. They will face each other on Monday in Samara with first place in Group A on the line.