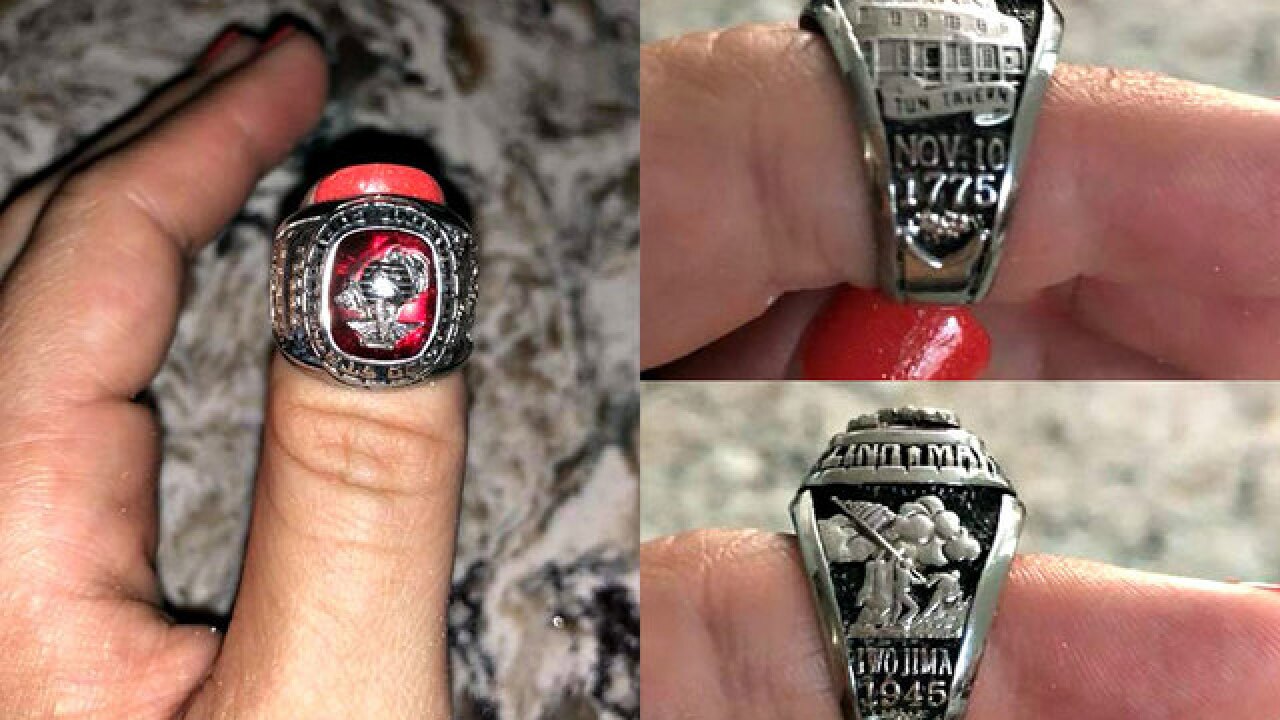 Copyright 2018 Scripps Media, Inc. All rights reserved. This material may not be published, broadcast, rewritten, or redistributed.
Suzanne Davis Rogers 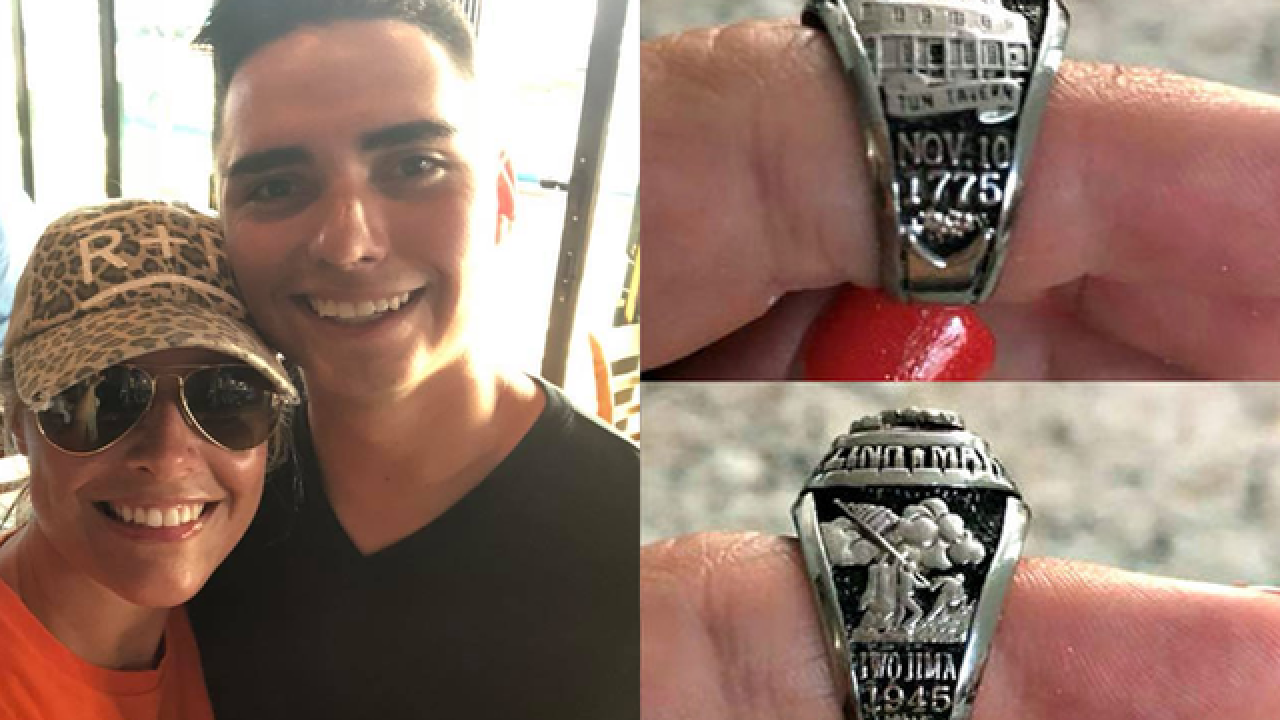 SIESTA KEY, Fla. — A woman who found a Marine Corps ring on Siesta Key Beach over the weekend is thrilled she was able to locate its rightful owner only two days later.

Suzanne Rogers was vacationing in Florida when she found the ring on Sunday.

In hopes of returning the ring to its owner, who she believed was a marine who graduated from Parris Island SC on June 30, 2017 and was part of Platoon 1041, she shared photos of it across her social media.

Two days later — with the help of more than 1K shares on her Facebook post — Rogers and her husband met up with the ring's owner Jaime Andrade.

Rogers told ABC Action News that while treating Andrade to a beer and game of pool she learned that he was in the Reserves and a full-time surveyor.

Rogers said she's thankful to everyone who shared her post and helped her return the ring with Andrade before her family left Florida.