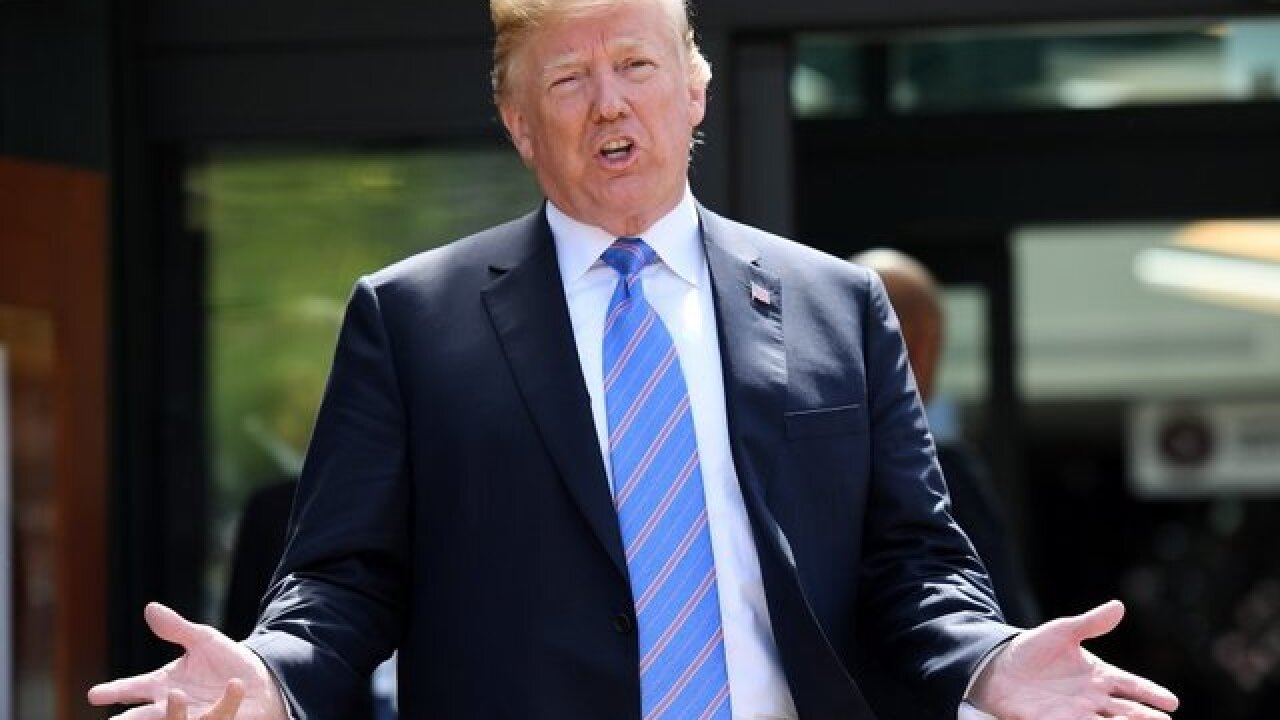 President Donald Trump is signing a new space policy directive at the White House that aims to reduce satellite clutter in space.

Trump said Monday that the United States' space program had been bogged down by politics and rising costs.

The policy calls for providing a safe and secure environment in orbit, as satellite traffic increases. It also sets up new guidelines for satellite design and operation, to avoid collisions and spacecraft breakups.

Trump also declared that "there's no place like space."

The president made the announcement at the same time he revealed the creation of what he called the Space Force, a new branch of the military whose creation will be overseen by Chairman of the Joint Chiefs of Staff Joseph Dunford.

President Donald Trump is announcing that he is directing the Pentagon to create the 'Space Force' as an independent service branch.

Trump said Monday that "we are going to have the space force" which he deemed a "separate but equal" branch of the military.

Trump says the United States will "be the leader by far" in space and looks to revive the nation's flagging space program.

The president framed space as a national security issue, saying he does not want "China and Russia and other countries leading us."

Trump also vowed to soon return the United States to the moon and to reach Mars.

The White House is establishing a new policy for reducing satellite clutter in space.

The new policy calls for providing a safe and secure environment up in orbit, as satellite traffic increases. It also sets up new guidelines for satellite design and operation, to avoid collisions and spacecraft breakups.

The council's executive secretary, Scott Pace, told reporters before the meeting that space is becoming increasingly congested and current guidelines are inadequate to address the challenge.