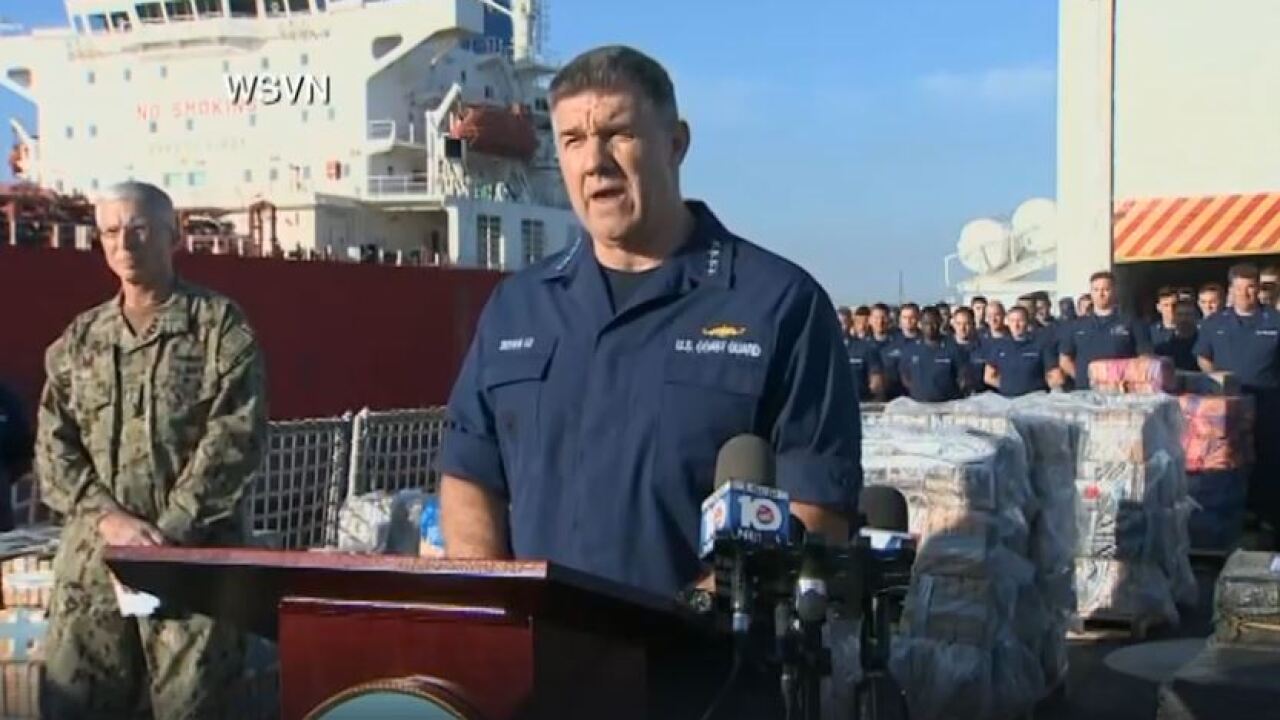 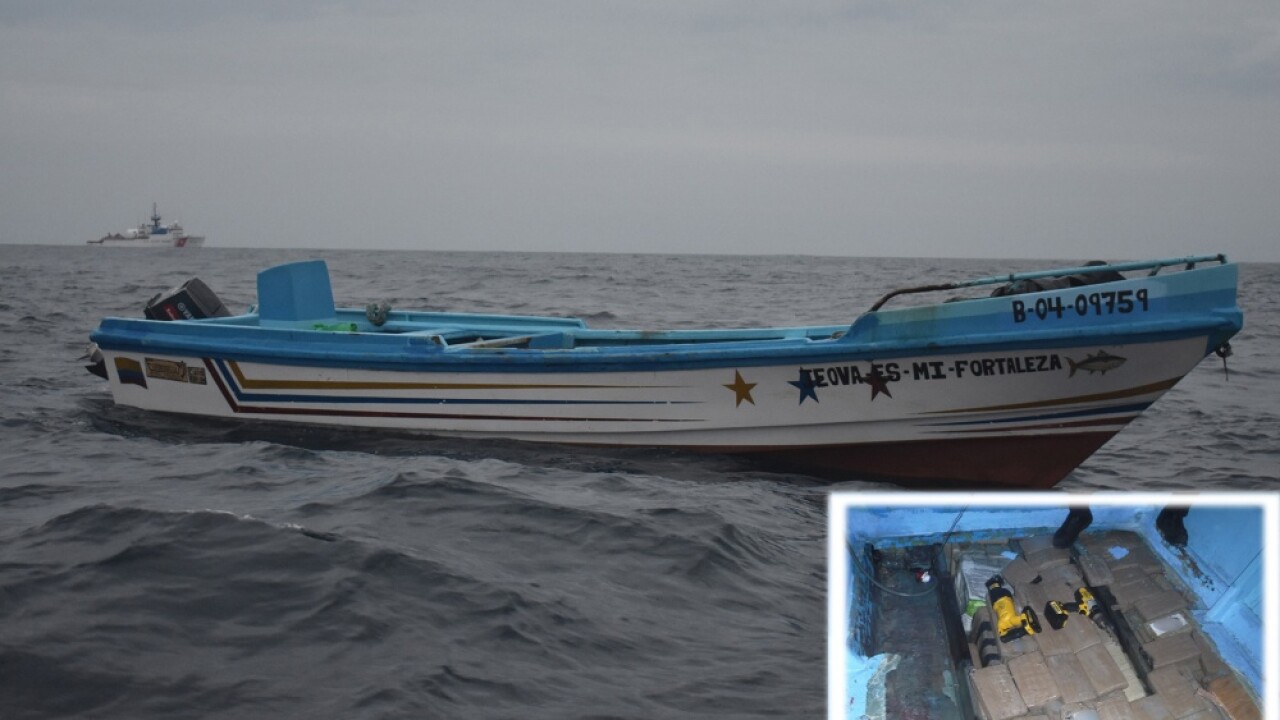 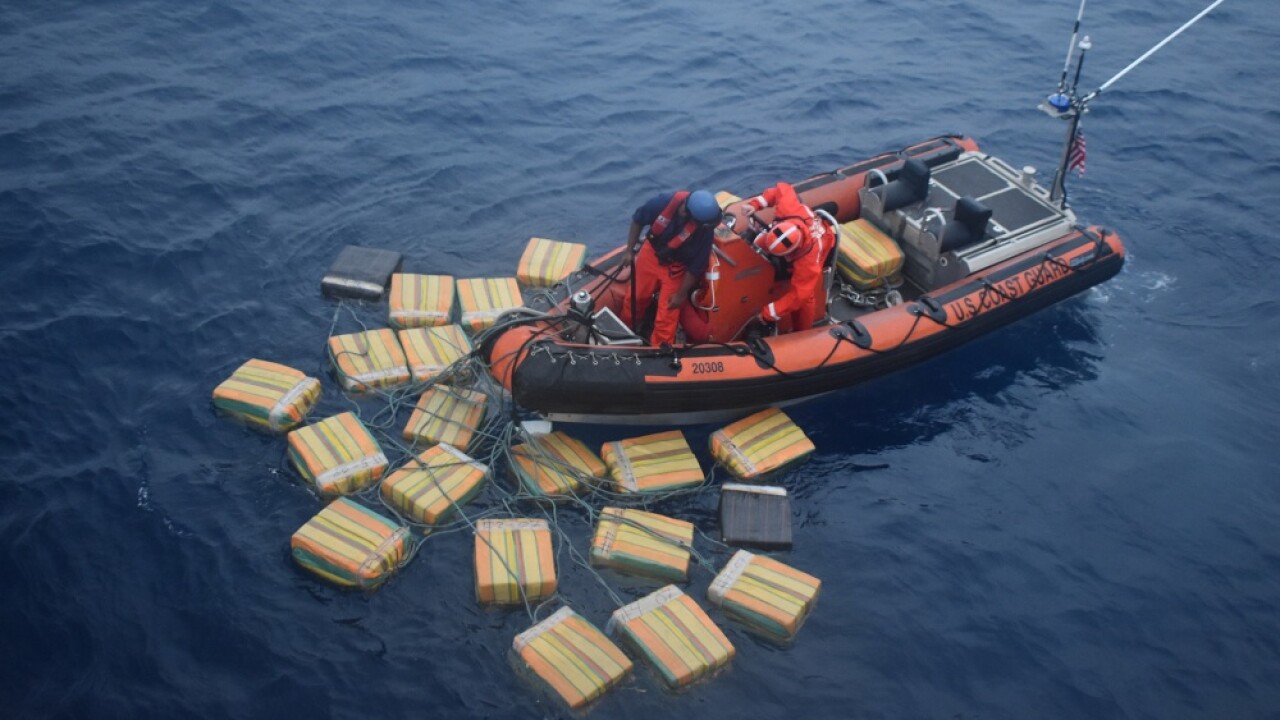 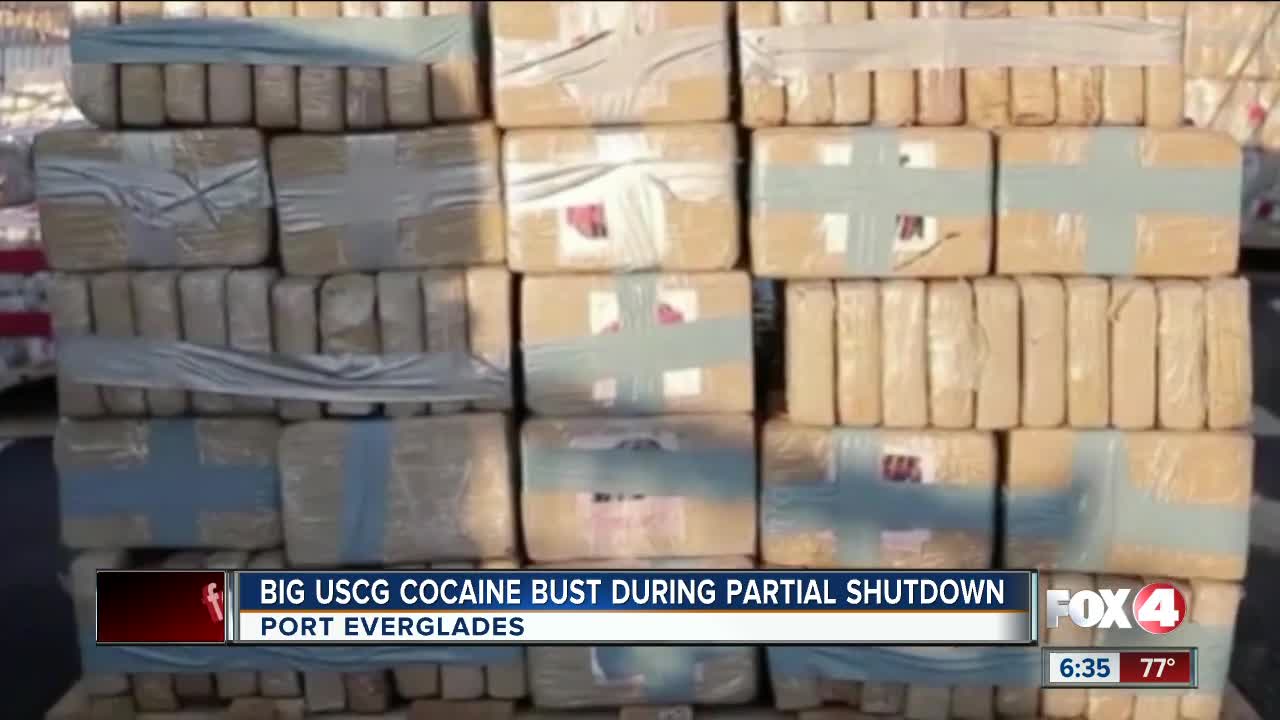 The drugs were interdicted off the coasts of Mexico, Central and South America by multiple U.S. Coast Guard cutters.

"The interdiction and disruption of more than 17 tons of cocaine is a result of the collaboration and coordination of multiple Coast Guard and interagency assets to address the complex maritime challenge of Transnational Criminal Organizations,” said Cmdr. Michael Sharp, commanding officer of the cutter Forward. “I am extremely proud of all the women and men that contributed to the mission success, it is a direct reflection of how the U.S. Coast Guard delivers mission excellence anytime, anywhere."

The Coast Guard increased U.S. and allied presence in the Eastern Pacific Ocean and Caribbean Basin, which are known drug transit zones off of Central and South America, as part of its Western Hemisphere Strategy. During at-sea interdictions in international waters, a suspect vessel is initially located and tracked by allied, military or law enforcement personnel. The interdictions, including the actual boarding, are led and conducted by U.S. Coast Guardsmen. The law enforcement phase of counter-smuggling operations in the Eastern Pacific are conducted under the authority of the Coast Guard 11th District headquartered in Alameda, California.