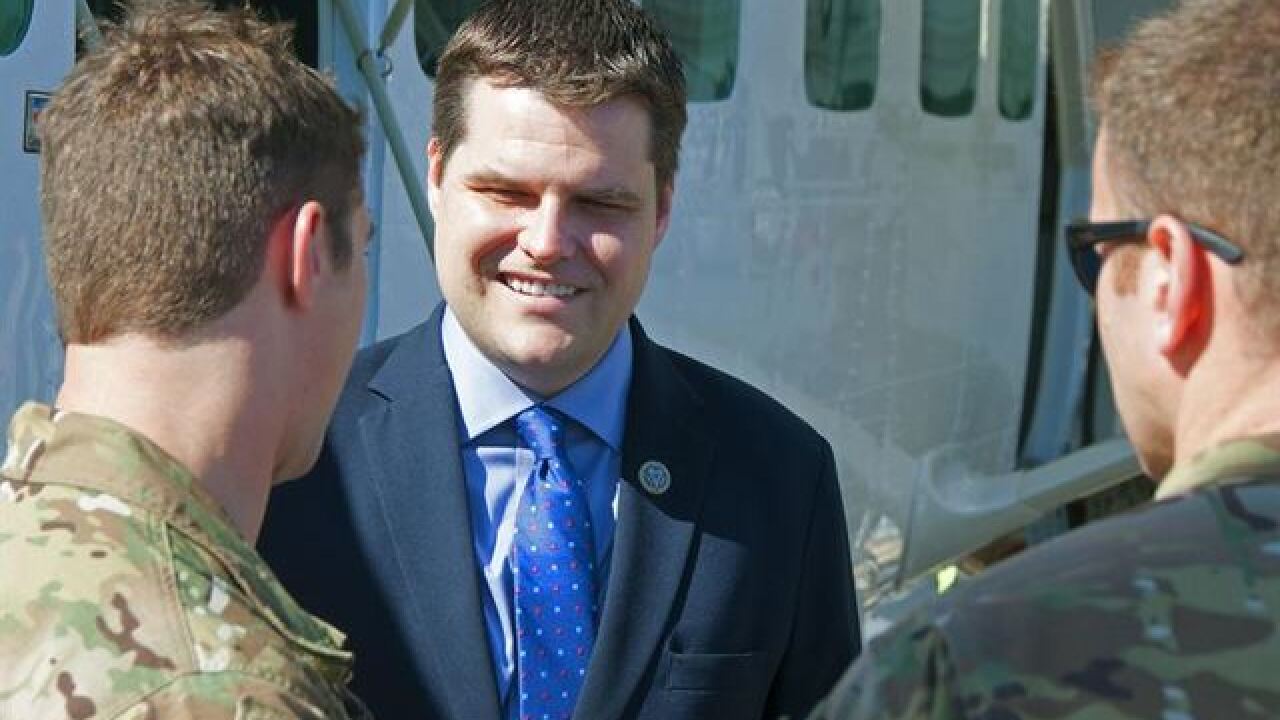 WASHINGTON (AP) - President Donald Trump is tweeting his endorsement of a Florida congressman during his trip to Europe, writing that Rep. Matt Gaetz "is one of the finest and most talented people in Congress."

Trump is backing the Republican lawmaker on Twitter at the start of his second day in Britain. The president is pointing to Gaetz's strength on "Crime, the Border, Illegal Immigration, the 2nd Amendment" and his work on the military, veterans' issues and the tax overhaul.

Gaetz has been a vocal supporter of Trump in Congress and called for Robert Mueller to resign from his special counsel role in the Russia investigation.

The congressman faces a contested Republican primary on August 28. His Republican-leaning district includes parts of the Florida Panhandle.