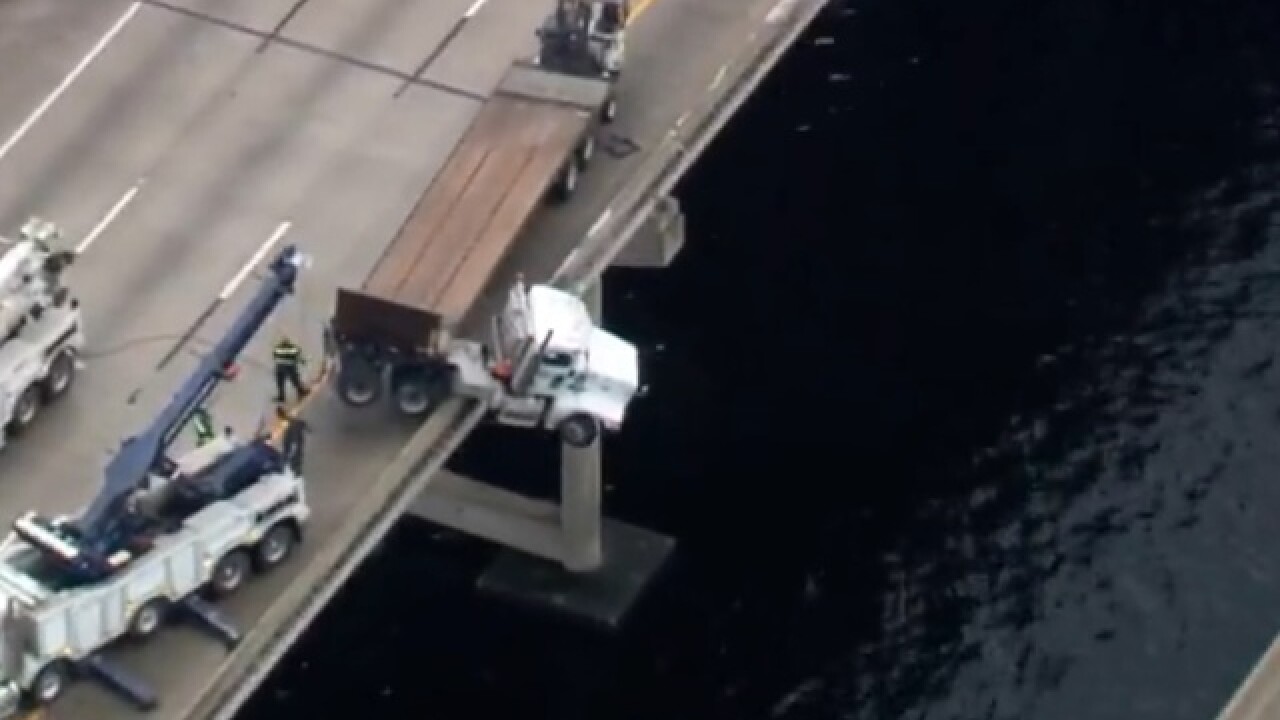 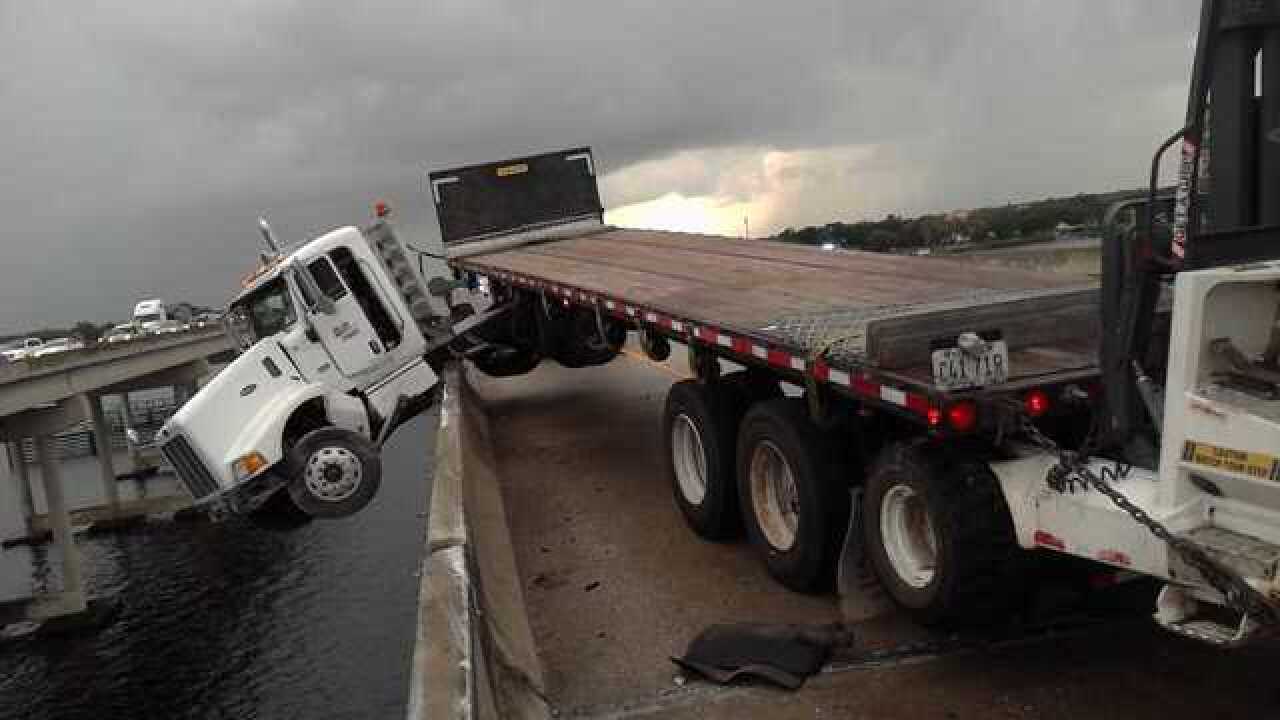 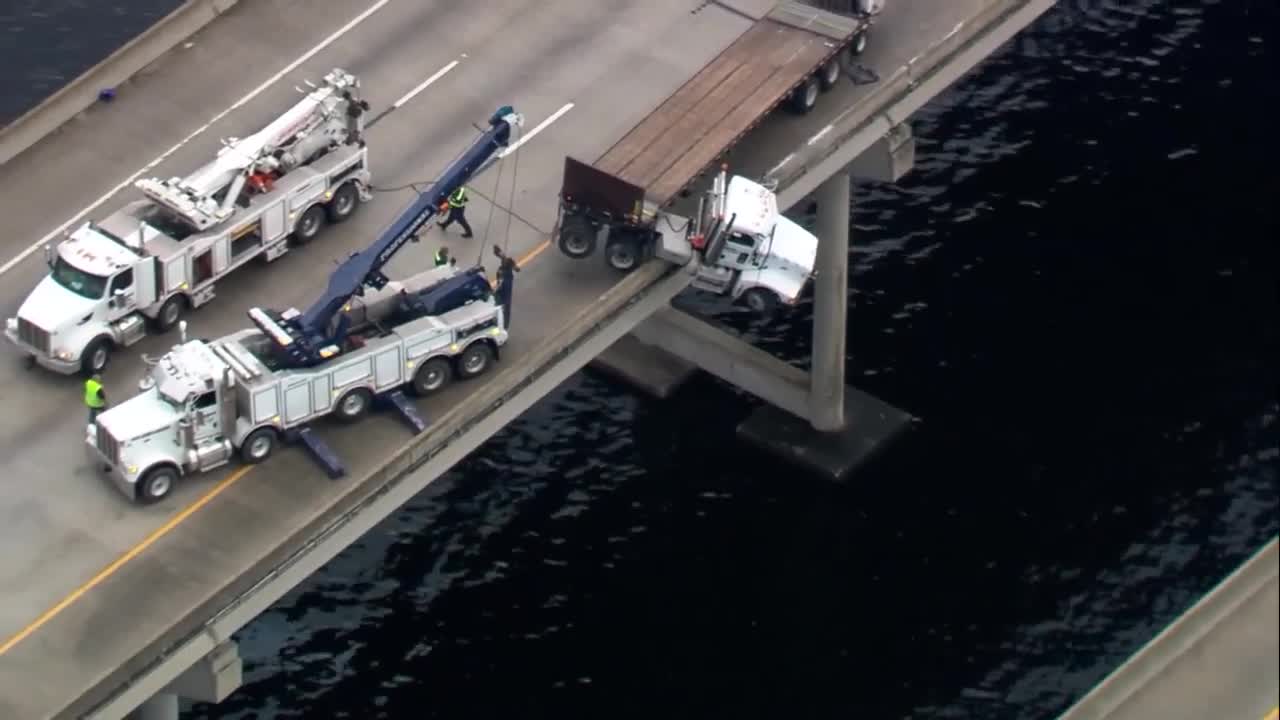 MANATEE COUNTY, Fla. -- Crews are working to remove a semi-truck that is dangling off on Interstate 75 bridge near Bradenton.

The truck is in the northbound lanes of the Trooper Jeff Young Bridge over the Manatee River.  That's at mile marker #224.

All northbound traffic is blocked in the area.  Drivers will have to exit in Bradenton and cross the river on U.S. 41.

UPDATE: (9:15 A.M.) -- FHP says the truck has been secured and removed from the scene.  All northbound lanes have reopened.

UPDATE: (1 P.M.) -- Troopers say the crash happened when a vehicle changed lanes in front of the truck, causing it to lose traction on the wet road and jack-knife.

No charges have been filed.