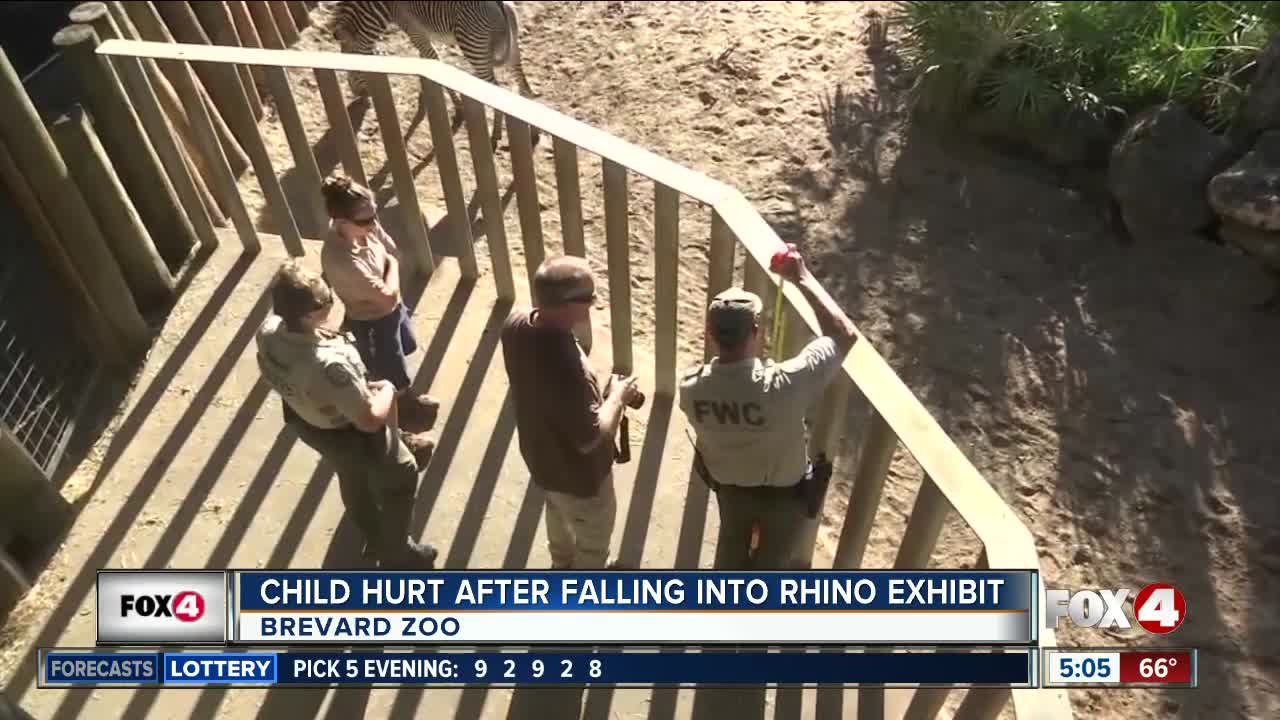 MELBOURNE, Fla. (AP) - Officials say a 2-year-old girl has been injured after falling into the rhinoceros exhibit at a Florida zoo.

He says she fell through the steel poles that separate guests from rhinos during a hands-on experience.

Zoo spokesman Elliot Zirulnik says the zoo has offered the hands-on experience daily since 2009 without any incidents prior to Tuesday.

This story has been corrected to show that the injured child is a girl, not a boy.