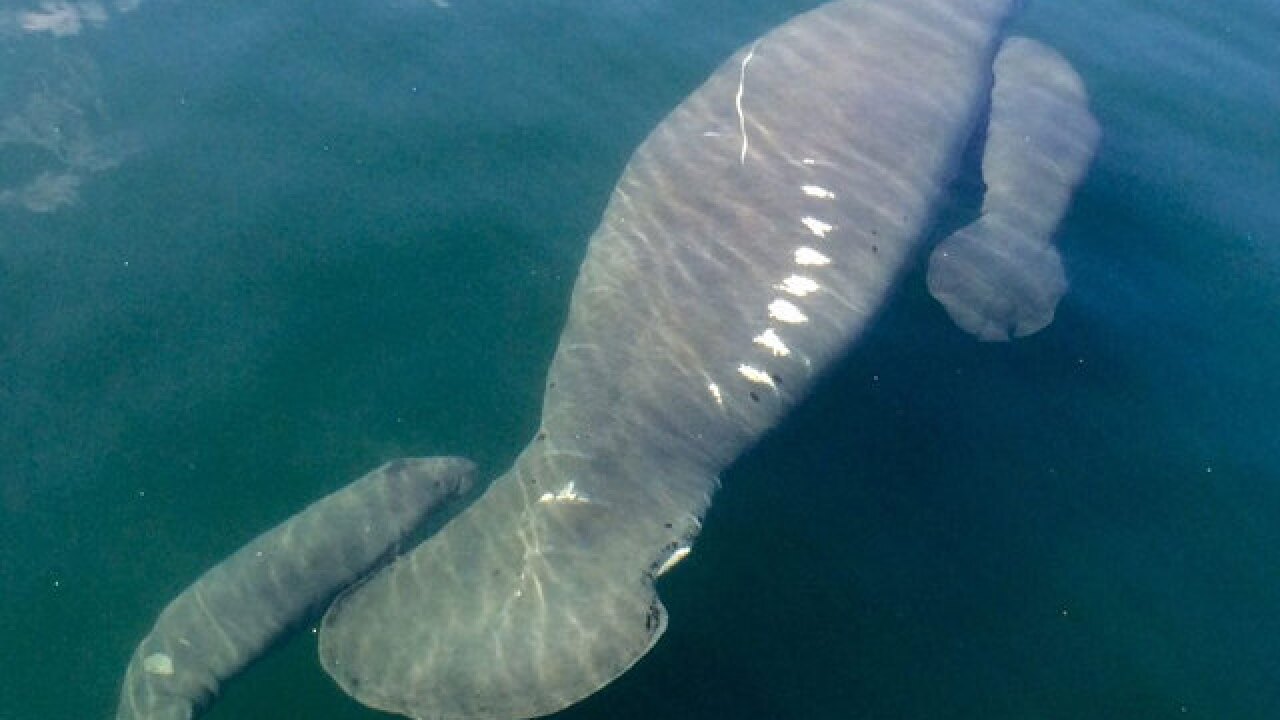 TALLAHASSEE, Fla. (AP) - Florida boaters killed a record number of manatees in 2018 and the state reported a near-record of manatee deaths overall.

TCPalm.com reports that the Florida Fish and Wildlife Conservation Commission recorded 119 manatees killed by a boat strike last year, breaking the record of 106 set in 2016 and tied in 2017. Overall, 804 manatees died in Florida waters, just shy of the record 830 recorded in 2013.

The state says the months-long battle with the toxic red tide algae killed 91 manatees and is suspected in 118 more deaths. The algae also killed millions of fish around the state.

Red tide occurs naturally but scientists believe it can be exacerbated by pollution.