Police find 4 children who they say were taken by mom 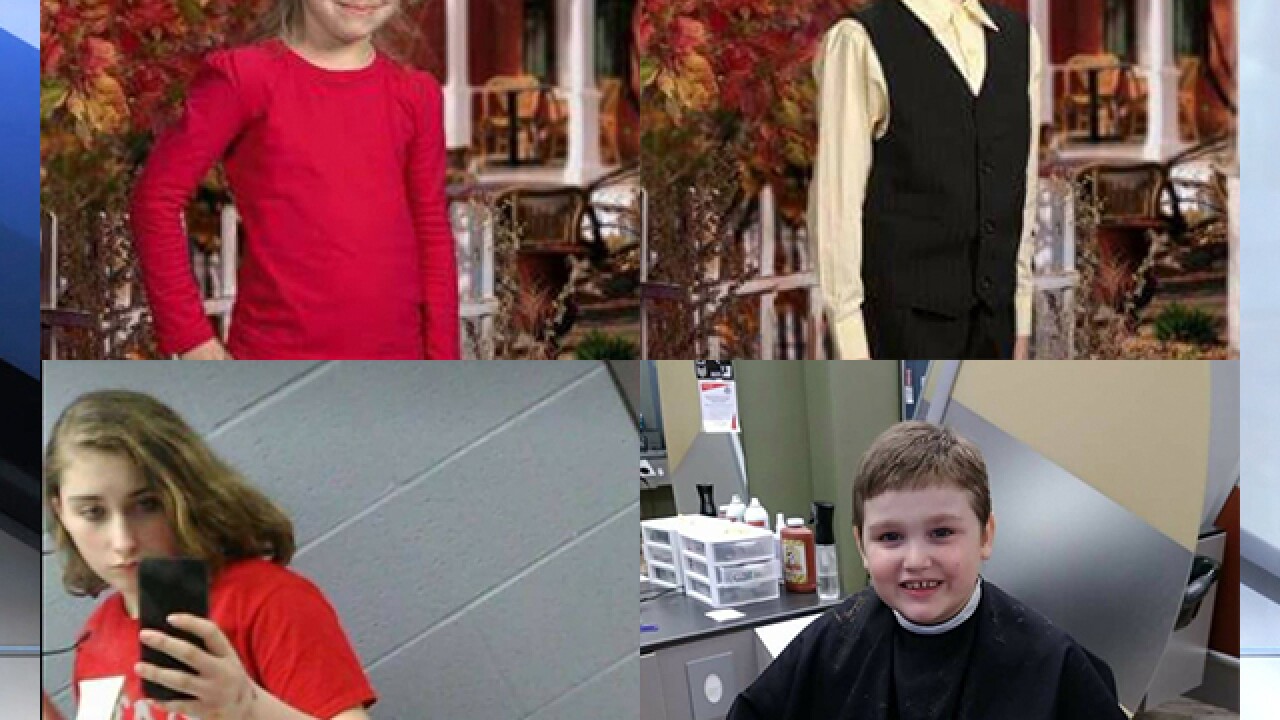 Copyright 2018 Scripps Media, Inc. All rights reserved. This material may not be published, broadcast, rewritten, or redistributed.
<p>Four children were taken by their non-custodial mother out of Lima. Photos courtesy of Lima Police Department.</p>

LIMA, Ohio (AP) - Authorities searching for an Ohio woman who they say took her four children have found all of the children safe and unharmed.

Police in Lima say the four children, ages 8-13, were taken early Tuesday and authorities had warned they could be in danger.

Police say the children were found Tuesday afternoon in a house in Kenton and that the mother is in custody. The woman's boyfriend also was arrested on a warrant.

Police say the mother who didn't have custody of the children tried to flee with her boyfriend when authorities approached the house in Kenton.

A missing child alert had warned that the mother might be taking the children to Florida.