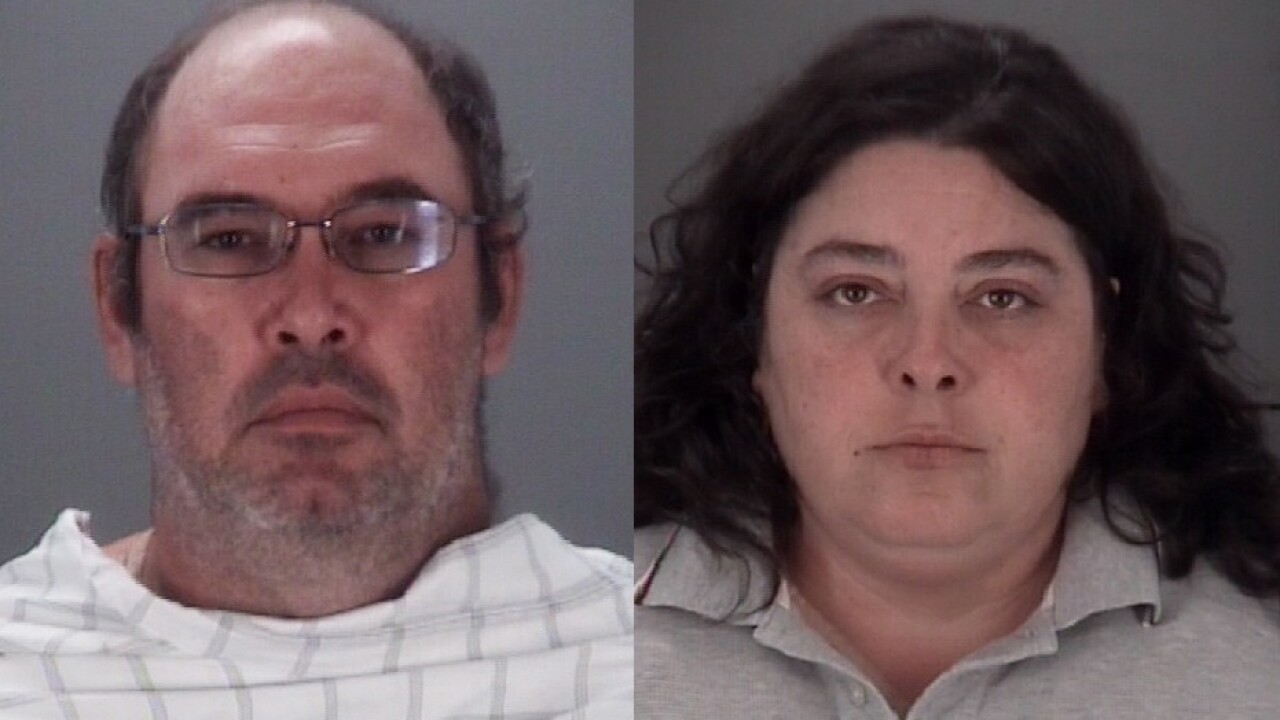 PASCO COUNTY, Fla. -- Deputies have arrested a man and woman who admitted beating a 14-year-old girl with a belt and punching her in Spring Hill.

According to a Pasco County Sheriff's Office report, a witness saw a man grabbing a teenager by her hair and throwing her into his vehicle, causing her head to hit the dashboard. The witness followed the vehicle to a location, where the victim ran to the witness for help.

The witness took the victim to a safe place and called authorities.

Deputies interviewed 45-year-old Christopher White, who admitted that "he lost his cool" and struck the victim approximately 25 times with a leather belt.

41-year-old Angela O'Brien also admitted to deputies that she slapped the girl in the face, causing injuries.

Both suspects were arrested for Child Abuse.