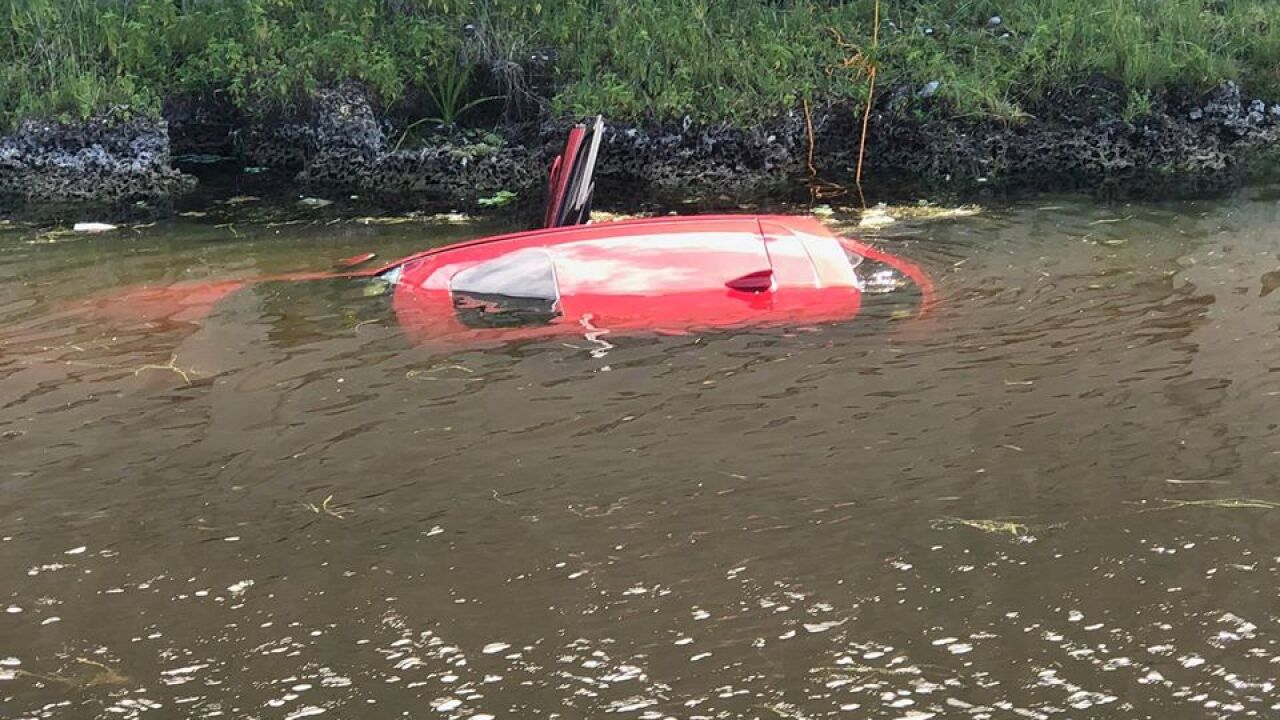 Sheriff deputies in Florida jumped into a canal to pull a woman out of her car where she was sinking after a crash. The Palm Beach County Sheriff's Office says the elderly woman was trapped in her car, which was slowly submerging into the water in a neighborhood in Boca Raton, Florida.

Two sheriff deputies got in the water and pulled the woman out. Images of the incident show a red car almost fully submerged and a woman sitting on the banks of the canal after the rescue. The sheriff's office did not say what caused the crash