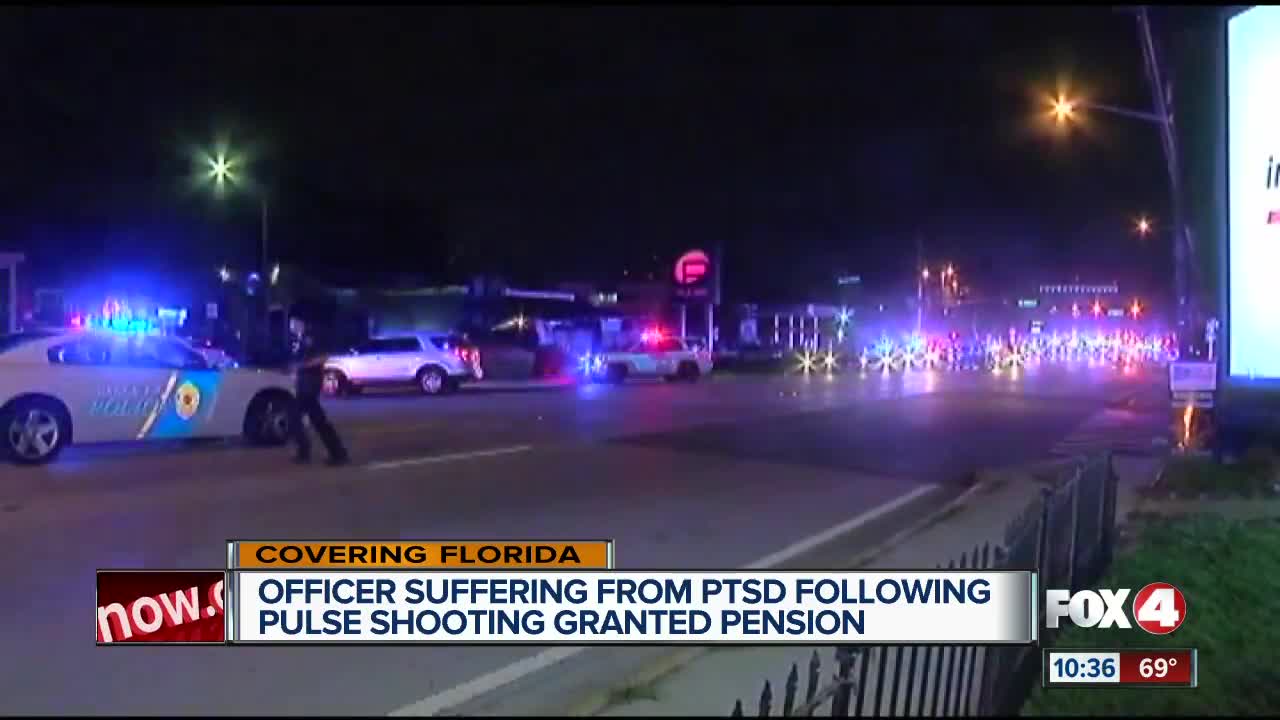 ORLANDO, Fla. (AP) - A former police officer suffering from post-traumatic stress disorder after responding to the mass shooting at an Orlando nightclub has been granted his pension.

Attorney Scott Behan tells the Orlando Sentinel that Omar Delgado will receive 42 percent of his $38,500 salary. Delgado, an Eatonville police officer, was among the first officers to go into the Pulse nightclub on June 12, 2016. The nightclub shooting killed 49. Dozens were wounded.

The town of Eatonville had denied Delgado's pension in the fall. He was six months short of becoming vested in the pension system.

Delgado was let go from the department in December 2017 following an investigation that showed he told a woman during a traffic stop that he was "emotionally disturbed."