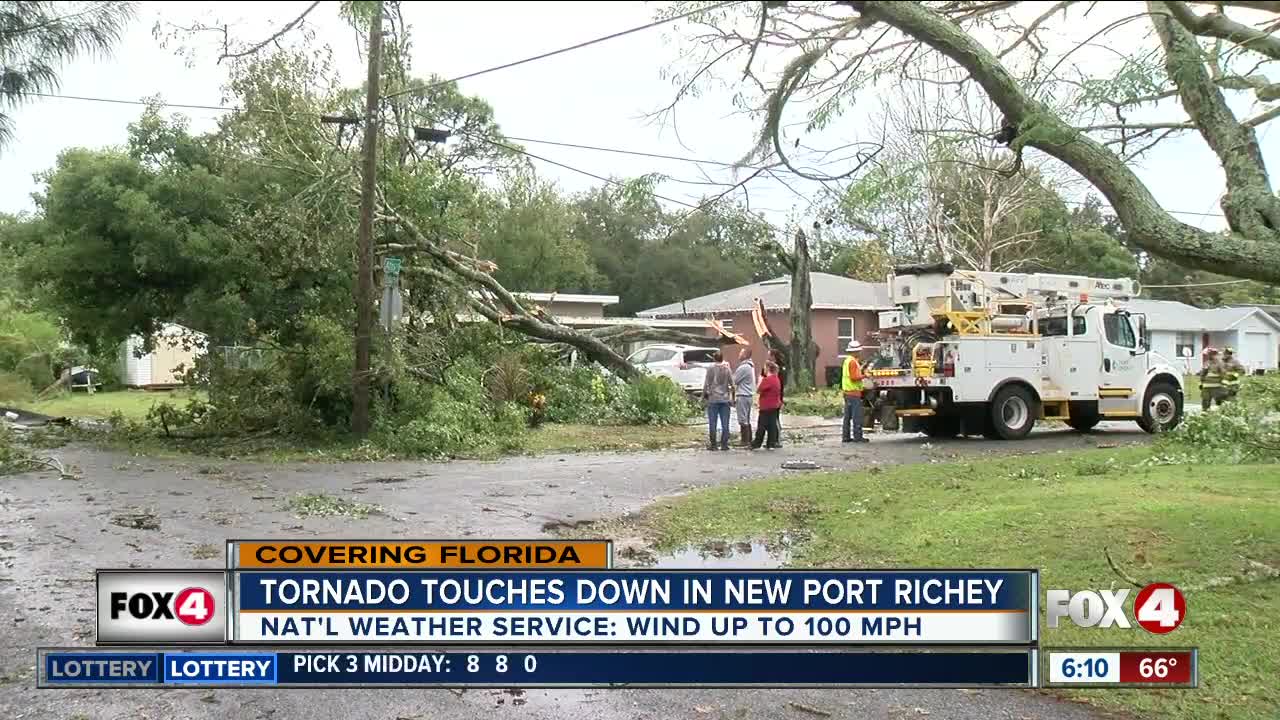 The weather service tweeted that wind speeds reached between 90 and 100 miles per hour in New Port Richey early Sunday.

No injuries were reported but the storm blew down trees limbs and power lines.

Heavy rains and strong winds blew throughout the central part of Florida on Sunday.