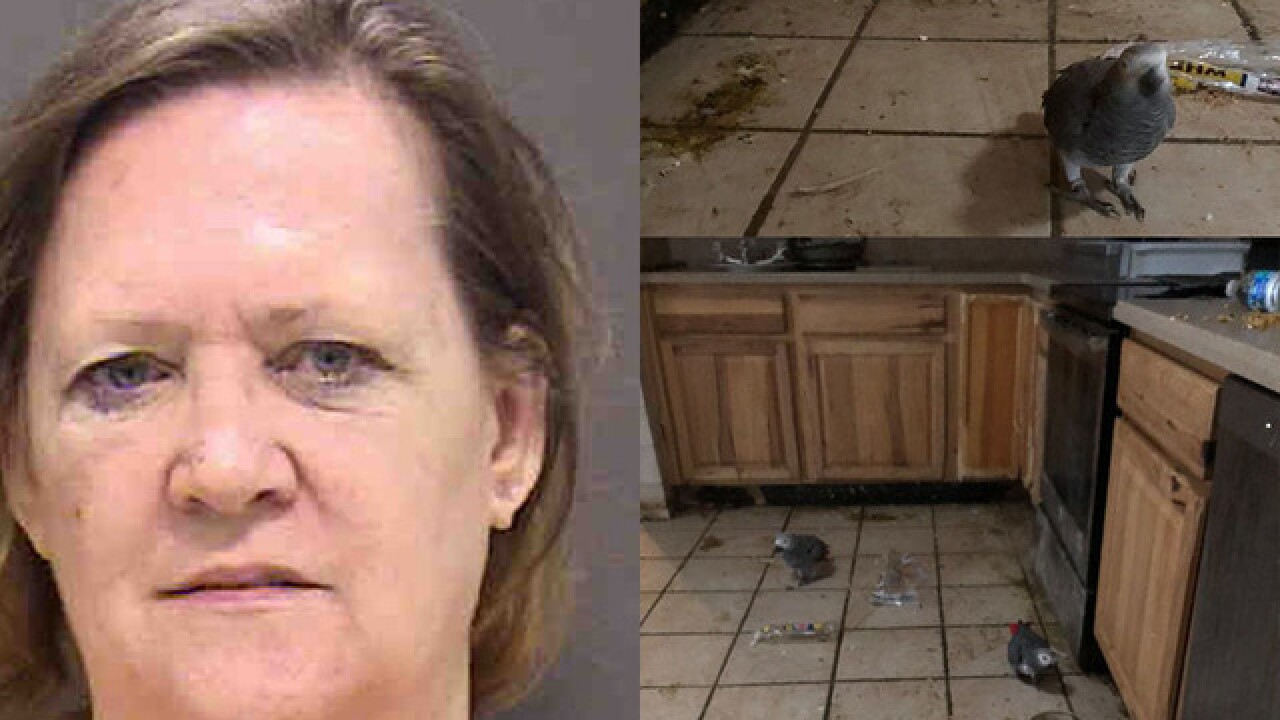 VENICE, Fla. — More than 30 neglected and malnourished exotic birds were removed from a Venice woman's home.

The Sarasota Sheriff's Office Agricultural Unit deputies launched an investigation in late June when 64-year-old Elaine Wells was arrested for DUI and driving with a suspended license.

She requested that animal services respond to her home to care for her animals.

When animal service arrived, they found 34 exotic birds flying freely around the residence. Several were reportedly underweight, suffered signs of self-mutilation and lacked access to food or water.

Investigators say several were living under deteriorated kitchen cabinets and others were confined to cages.

The home was covered in dirt, debris and animal waste, and flies, mosquitos, and roaches were present throughout.

The birds were then taken to a veterinarian who confirmed the animals lacked proper nutrition, access to medical services and appropriate housing.

All of the animals remain in the custody of the sheriff's office at this time.