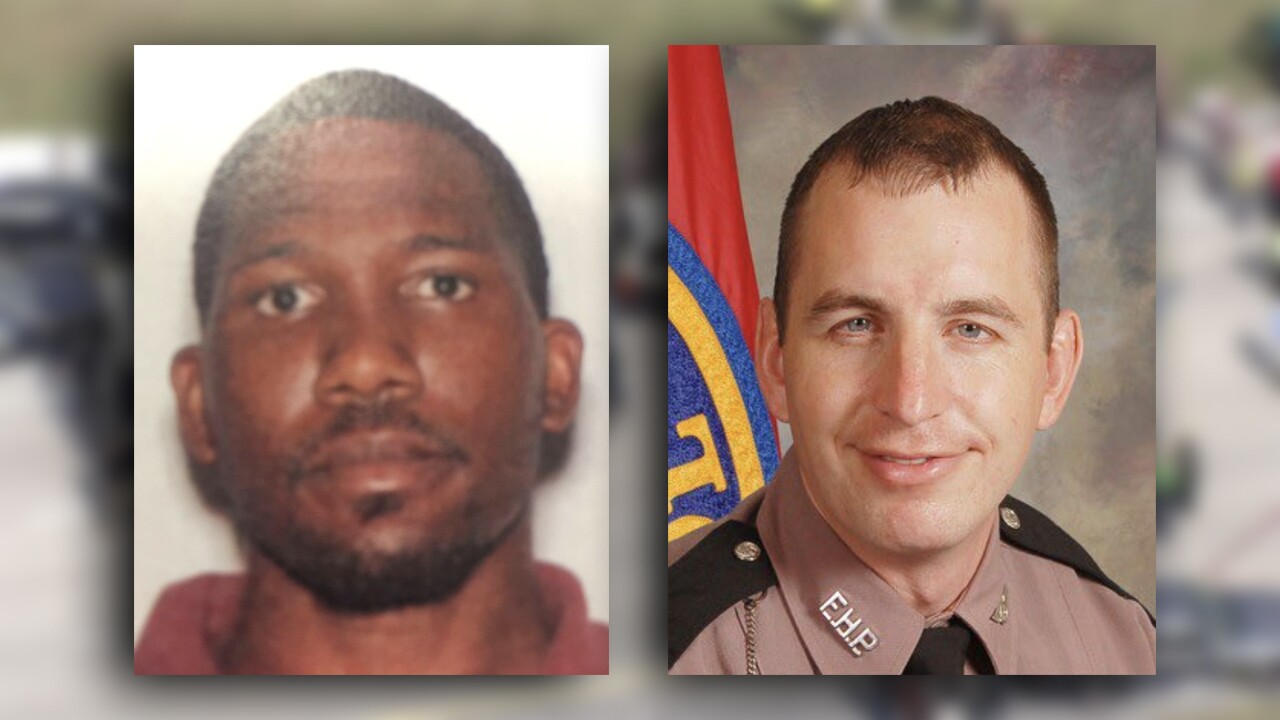 The Martin County Sheriff's Office has identified the man who shot and killed a Florida Highway Patrol trooper on Wednesday as 28-year-old Franklin Reed III of Palm Bay in Central Florida.

FHP said Trooper Joseph Bullock was assisting Reed, who had a disabled vehicle in the northbound lanes of I-95 in Martin County, around 10:15 a.m.

Witnesses said Reed was angry over having to pay to tow his car, and that's why he shot the 42-year-old trooper.

According to FHP, an off-duty Riviera Beach police officer, identified as Jemel Headings, was passing by the scene and engaged the suspect, fatally shooting him.

The Riviera Beach Police Department said Headings has been with the department since April 2010 and is now on administrative leave, which is standard in officer-involved shootings.

On Thursday, MCSO released a statement, saying it's taking over the investigation into the homicide of Trooper Bullock:

"Over the next few days, our criminal investigations detectives will continue to work closely with the State Attorney’s Office as they question witnesses, and begin the process of seeking and conducting search warrants on the vehicles involved in this homicide, including Trooper Bullock’s patrol car and Reed’s SUV. This is still an active investigation, and there is much work to be done."

The sheriff's office added it anticipates holding a news conference next week to provide an update on the case.

According to a newly released incident report from MCSO, Bullock's body was found on the ground next to his driver's side door.

Trooper Bullock spent his entire 19-year career with FHP's Troop L in Fort Pierce, and was also a veteran of the U.S. Air Force.

Flags are at half staff and a small memorial of flowers and balloons is growing on Thursday outside the Florida Highway Patrol's headquarters in Fort Pierce to honor the fallen trooper.

Funeral plans have not been announced.

The Florida Department of Law Enforcement will continue to investigate the officer-involved shooting that led to Reed's death.

According to FDLE's database, Officer Headings started his law enforcement career with the Department of Corrections in 2006.

In 2010, he left voluntarily to join the Riviera Beach Police Department.

Officer Headings has no complaints on file with FDLE.

Scene outside the FHP headquarters in Fort Pierce where Trooper Joseph Bullock was based. pic.twitter.com/t5GGIUdNAw

In Honor and Memory of Trooper Joseph Bullock, 🇺🇸💙💔🖤🇺🇸 thanks for everything you did, we will never forget! pic.twitter.com/ymSCMmtztJ