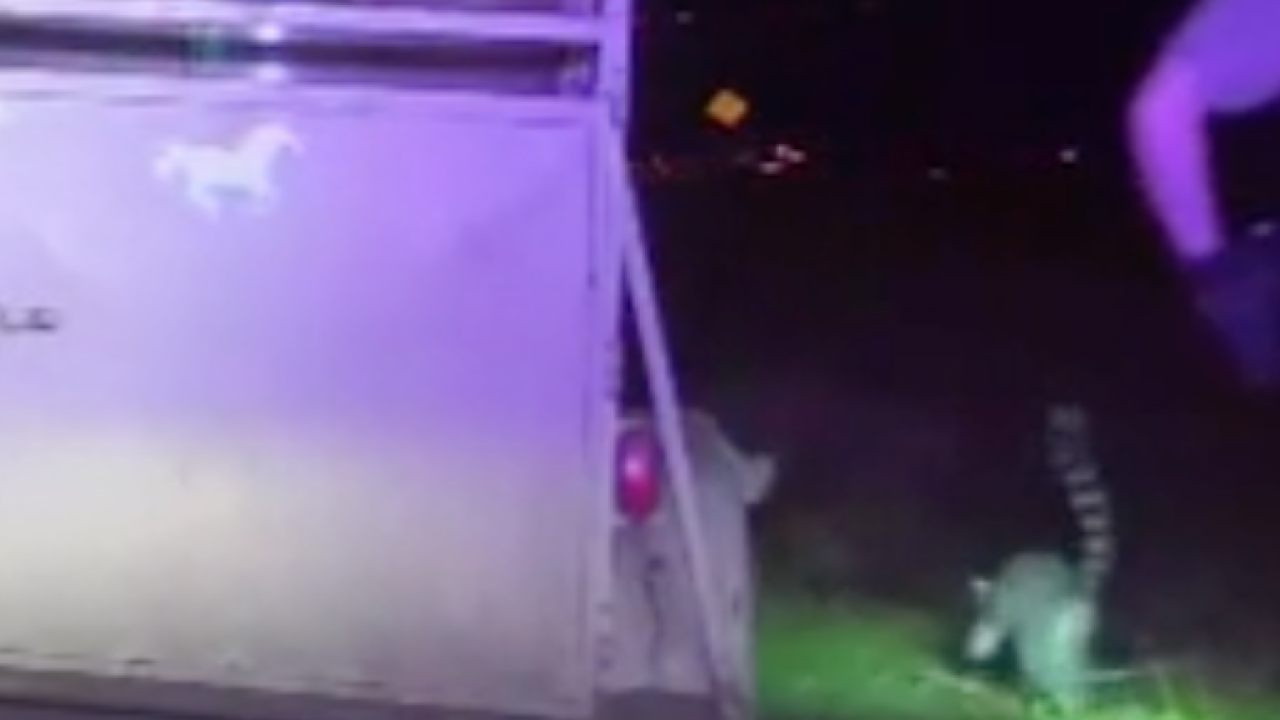 SANFORD, Fla. (AP) - A lemur surprised a Florida Highway Patrol trooper when it crawled from a trailer being pulled by a pickup truck that had been stopped for driving erratically and hitting other cars.

Dashcam video shows the lemur peeking out of the trailer before hopping to the ground and leaping around the trooper who was talking to the driver along Interstate 4 in Sanford on Saturday night.

The video shows the trooper doing a double-take as the lemur runs around and stands on its hind legs.

State wildlife officers took custody of the lemur and other exotic animals including a tortoise, a goat, a parrot and a wallaby.