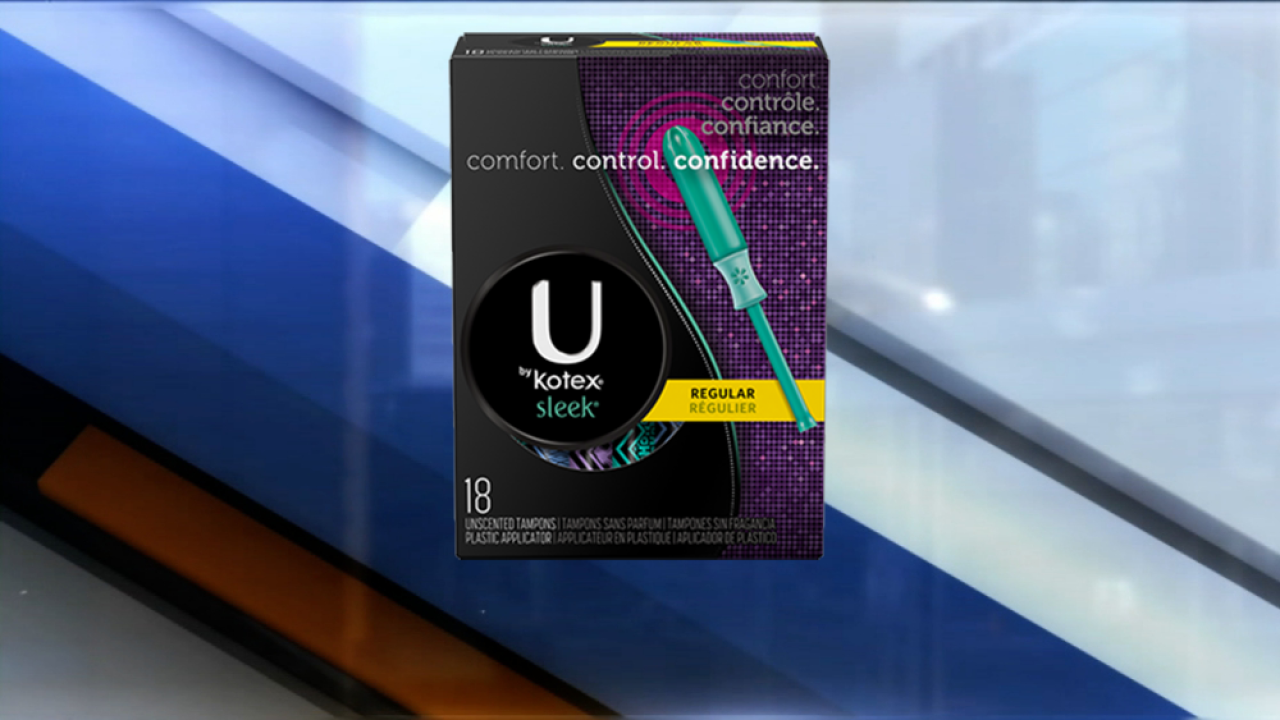 A popular brand of tampons have been recalled after reports of the products unraveling or coming apart upon removal, according to a press release.

Kimberly-Clark announced the voluntary recall of its "U by Kotex Sleek Tampons, Regular Absorbency" sold throughout the United States and Canada. Some consumers have had to seek medical attention to remove tampon pieces left in the body. There have been a small number of reports of infections, vaginal irritation, localized vaginal injury, and other symptoms.

Retailers have been alerted of the recall and have been told to remove the recalled lot numbers from their shelves and post a notification in their stores.

If you believe you have a recalled box of U by Kotex tampons, go to this website to check the lot number on your box of tampons.

Click here to get more information about the recall .