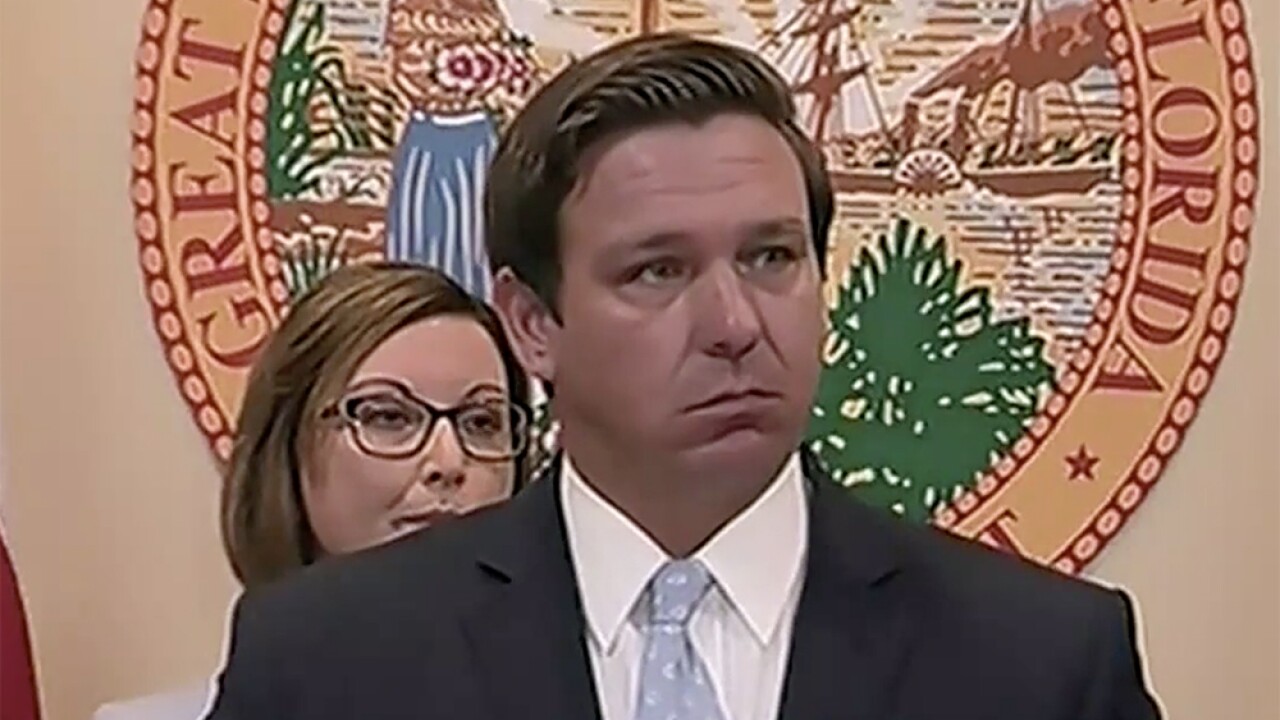 Gov. Ron DeSantis made a 'major announcement' on Monday that dealt with the security of Florida's elections.

The governor held a news conference at the Florida State Capitol building in Tallahassee. He was joined by Florida Secretary of State Laurel Lee and Supervisors of Elections officials.

Gov. DeSantis announced an extra $2.3 million for election security in Florida. Last month, he directed Secretary of State Lee to review the security of state and county elections systems.

It comes after two Florida counties were hacked during the 2016 election by Russian military intelligence. Gov. DeSantis wouldn't confirm which counties were targeted, but did say the cyber attack did not have any impact on the outcome of the election.

In a one-page letter to Lee, the governor said the review will focus on cybersecurity and involve all 67 counties.

"We just think it's important that we're doing what we can to get ahead of any potential threats," Gov. DeSantis said at a news conference last month in Lake Park. "We may be able to recommend some changes locally."

The governor's letter read, in part:

"The Department (of State) shall develop a plan to identify and address any vulnerabilities. You are further directed to make this a top priority of the department and report your findings to the Executive Office of the Governor upon completion of your review."

The Washington Post and Politico both reported that rural Washington County in the Florida Panhandle was one of the targets of the Russian cyber attack.

WPTV confirmed through Supervisor of Elections offices that Palm Beach, Martin, and Okeechobee Counties were not hacked. St. Lucie County would neither confirm or deny if it was hacked, and Indian River County never got back to us.