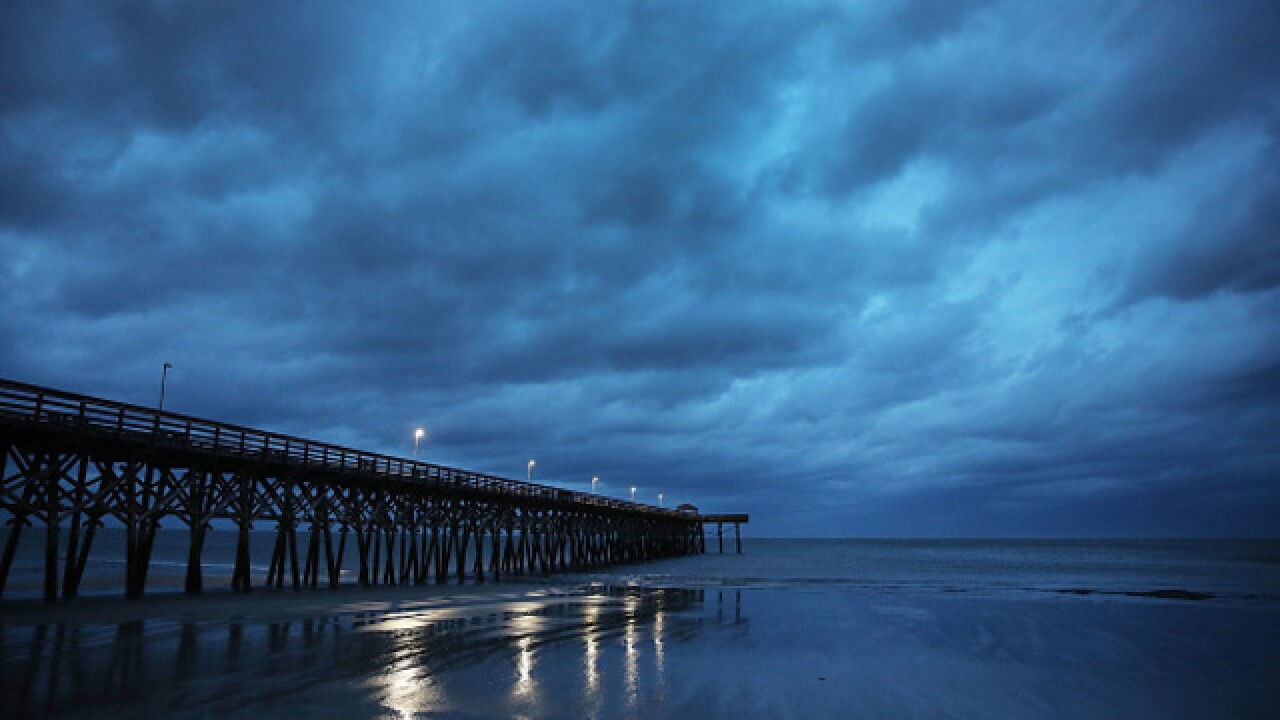 Copyright 2018 Scripps Media, Inc. All rights reserved. This material may not be published, broadcast, rewritten, or redistributed.
Joe Raedle
<p>MYRTLE BEACH, SC - SEPTEMBER 14: Storm clouds are seen over the 2nd ave pier as the force of Hurricane Florence is beginning to be felt on September 14, 2018 in Myrtle Beach, United States. Hurricane Florence is hitting along the North Carolina and South Carolina coastline bringing high winds and rain. (Photo by Joe Raedle/Getty Images)</p>

ORLANDO, Fla. (AP) - Long accustomed to its residents evacuating north when hurricanes threaten, Florida is in the unusual position of accommodating diverted cruise ships and hotel-room seekers hoping to escape the wrath of Hurricane Florence.

Florida emergency officials said Thursday they had no way of tracking how many residents from the Carolinas had escaped to Florida this week. But some hotels were offering special discounts for evacuees and Florida ports were opening their terminals to cruise ships making unexpected ports of call.

In Orlando, hotelier Harris Rosen was offering substantial discounts to evacuees at his nine hotels.