SEBRING, Fla. — Authorities have canceled a Florida Missing Child Alert for a 14-year-old Sebring girl after she was missing and considered endangered for nearly 12 hours.

The Florida Department of Law Enforcement in Tallahassee says the Missing Child Alert for Michaela Graham has been resolved. No further information was released.

Michaela Graham,14, was last seen in the area of the 1300 block of Glenwood Avenue in Sebring on Monday evening.

Michaela is 5' 4", weighs 100 pounds, has brown hair and brown eyes and has superficial cuts on her left arm. She was last seen wearing light peach or pink colored pants with writing on them, and a red, short sleeve shirt.

The Missing Child Alert stated Michaela may have been in the company of 37-year-old Elizabeth Wortman.

Wortman is 5'4" and has brown hair and brown eyes. The two may be traveling in a blue, four door, sedan. 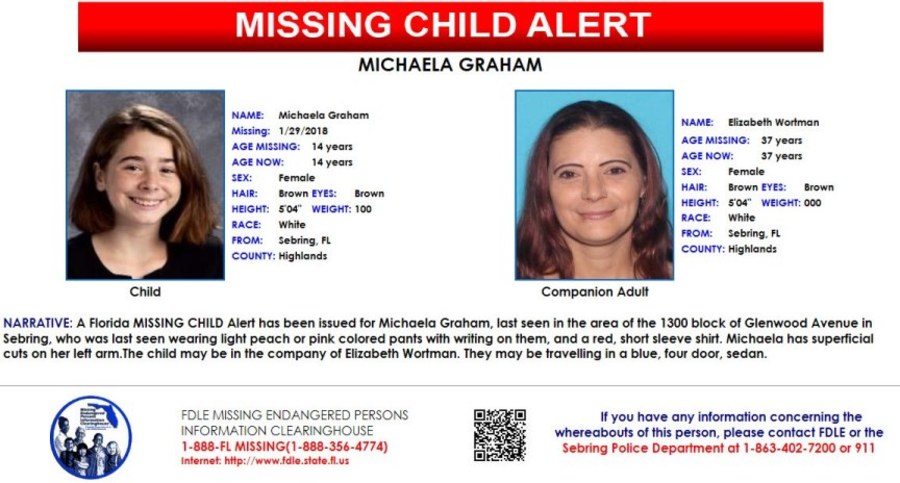