Florida man hit by car during failed 'In My Feelings' challenge 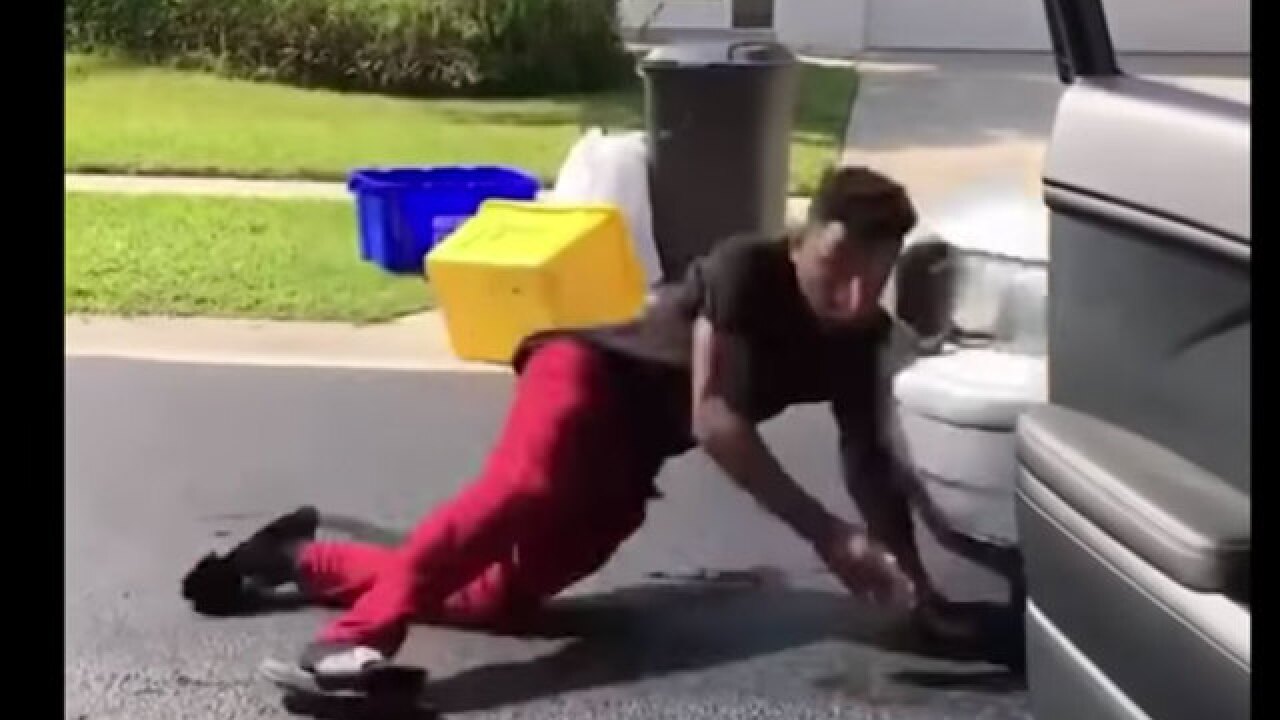 A Florida man is receiving national attention for all the wrong reasons.

The latest dangerous Internet trend shows people filming themselves getting out of cars and dancing to Drake's "In My Feelings."

Police agencies have warned people that the stunt is dangerous, which Jaylen Norwood, 22, of Boynton Beach, Fla., quickly discovered.

However, instead of jumping on the hood of a moving car that enters the video, Norwood was hit head on.

His Instagram post says, "Sooo I was originally suppose to jump on the hood of the car, but I slipped. ... Keke never loved me."

Fortunately, he only suffered a few minor scrapes.

Norwood told Kimmel that the car, driven by his best friend, wasn't supposed to be traveling that fast. Also, he also slipped on oil in the street, compounding the situation.

Despite the infamous video, the Boynton Beach man said he is proud of the notoriety the video has brought him.

"I'm the most famous guy in Florida," Norwood told Kimmel.

Watch the full interview with Kimmel below:

Boynton Beach police said in a tweet they advised: “Do not try this at home. Or in the middle of the street. Or on a highway. Or riding on top of a car.”

Fortunately, Jaylen only had minor scrapes. Please do not try this at home. Or in the middle of the street. Or on a highway. Or riding on top of a car. 🤦🏼‍♂️🤦🏼‍♂️🤦🏼‍♂️ https://t.co/Lw0xCN0mGw