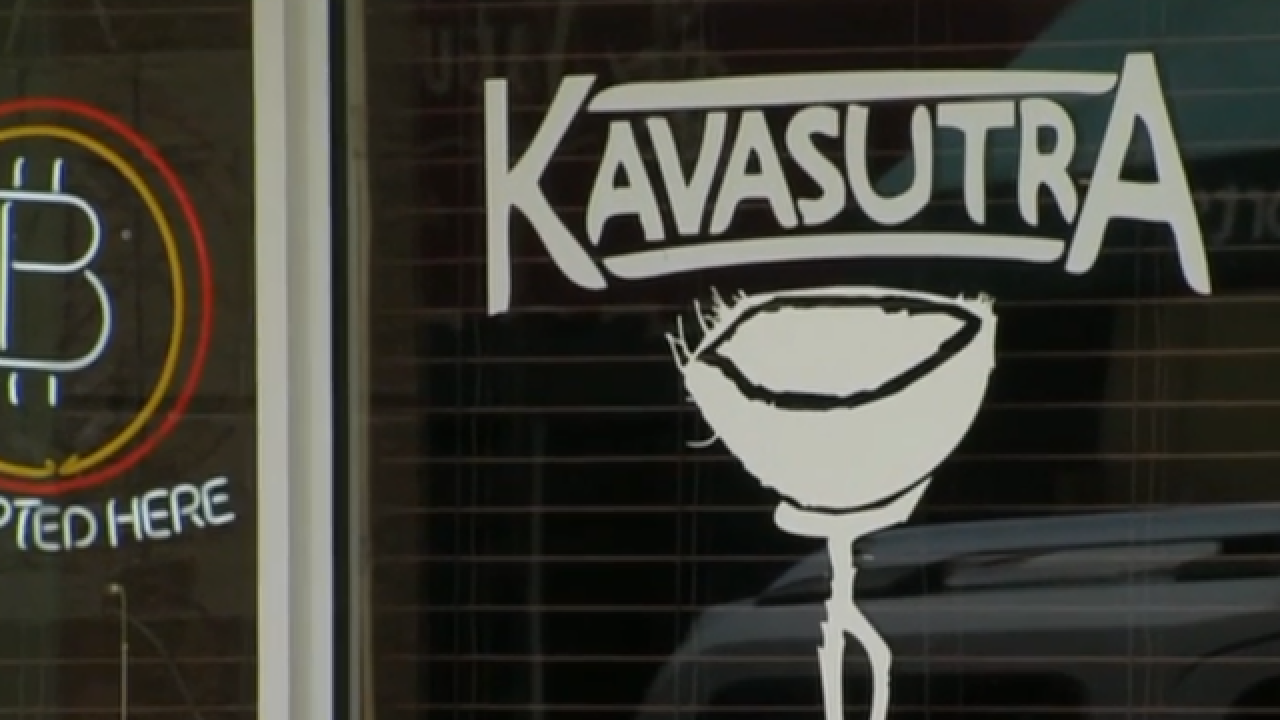 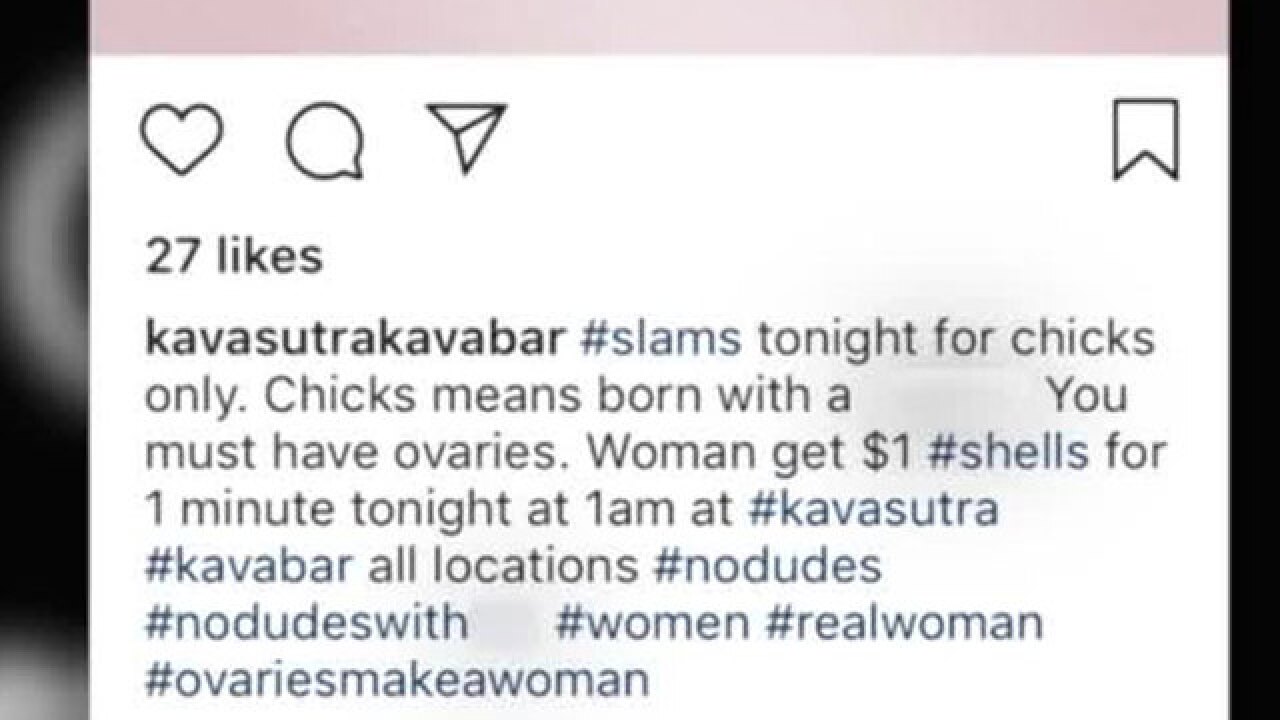 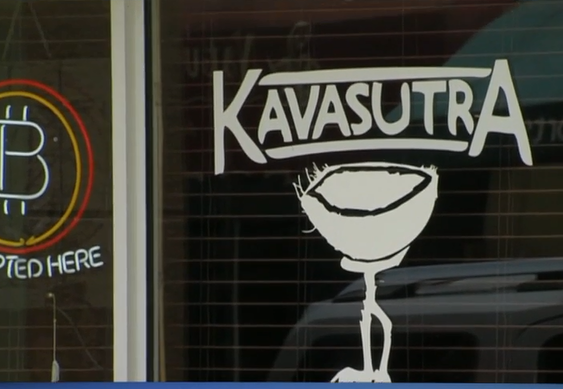 This story contains strong language that might offend some readers. Discretion is advised.

LAKE WORTH, Fla. — A social media firestorm directed at a kava bar in Lake Worth, Florida has people calling the business' social media posts transphobic, homophobic and sexist.

It all started with a post about a ladies night.

Kavasutra Kava Bar, which is located in downtown Lake Worth and has other locations around Florida as well as NYC and Denver, posted on the company's Instagram page on Sunday:

"Tonight at 1:00 there will be a genetic female slam. If you are a chick per your DNA, well, m'lady, it's slam time." That post's description said, "#slams tonight for chicks only. Chicks mean born with a vagina. You must have ovaries. Woman [sic] get $1 #shells for 1 minute tonight at 1am at #kavasutra #kavabar all locations #nodudes #nodudeswithtits #women #realwoman #ovariesmakeawoman"

The post was met with a barrage of comments and negative social media reviews from people saying the business is discriminating against transgender people.

"We should be trying to unite the community and celebrating our diversity versus trying to exclude people because they’re different," said Heather Wright, who leads a trans support group at Compass in Lake Worth.

"Lol why would a business be concerned with someone's genitals in the first place? 100% unprofessional and gross," one Instagram user said.

"The point of ladies night is to get ladies in the door so the men can bang them," the business said in response to the comment. "If there's no vagina then they don't qualify because they don't benefit the business and the plan."

“I wouldn’t go to a ladies night over there if the purpose is not to have people come in and interact. It’s to actually have them I guess get picked up," Wright said.

In response to the social media posts, Lake Worth Vice Mayor Andy Amoroso said, "This is not who we are in Lake Worth. We embrace all people."

Kavasutra Kava Bar's COO Mike Klein declined to do an on-camera interview. He sent the following statement:
"Kavasutra Kava Bar is virulently and adamantly opposed to discrimination in all forms. Any such inequity or prejudice will be met with swift physical removal from in or around our establishment. Our friends and patrons understand this policy and our convictions. We have compiled a collection of pictures and videos from the past few years and we hope this clears any confusion presented from recent social media posts."

A confrontation occurred, which led to the owner telling the people they needed to leave. When they refused, PBSO said the bar's owner pushed the people out.

As that was happening, PBSO said a female employee in the bar threw kava on the people and one of them then sprayed her with pepper spray.