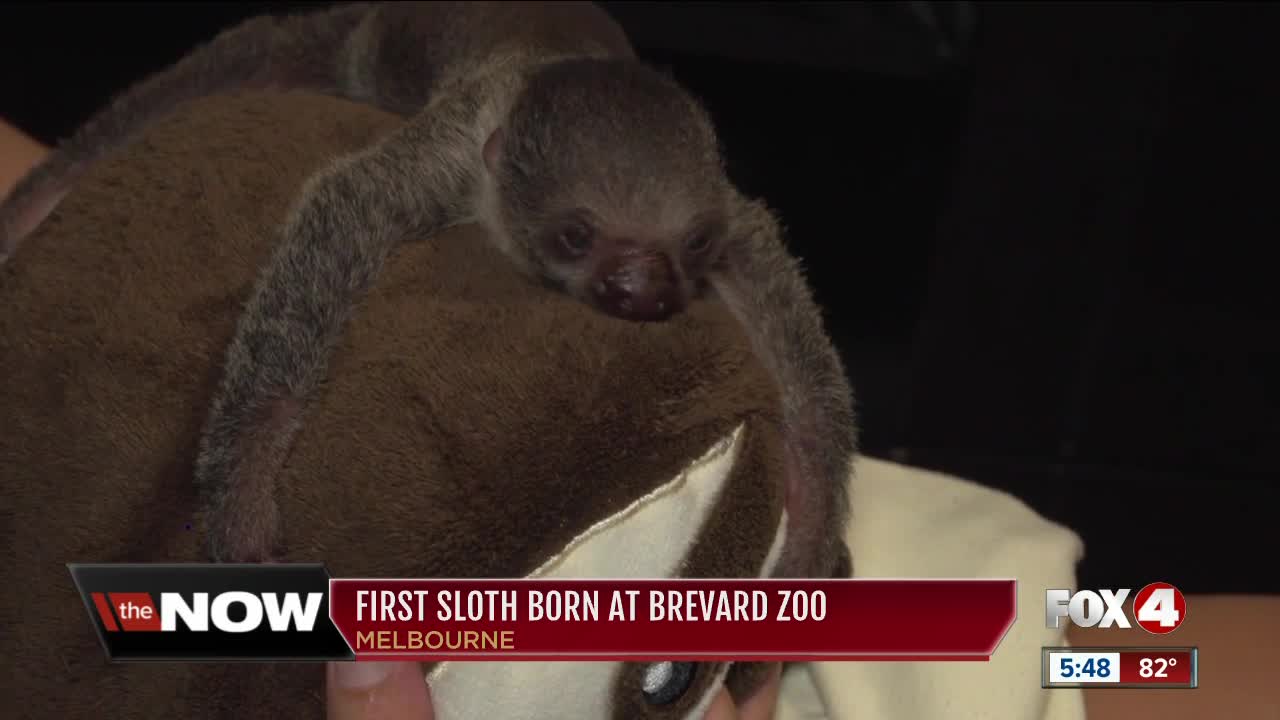 Brevard Zoo greeted a new furry face on Wednesday, October 17 when Linnaeus’s two-toed sloth Tango gave birth around 5 p.m. The as-yet-unnamed newborn, who is the first sloth born at the Zoo, did not remain with the mother overnight and will be hand-raised. 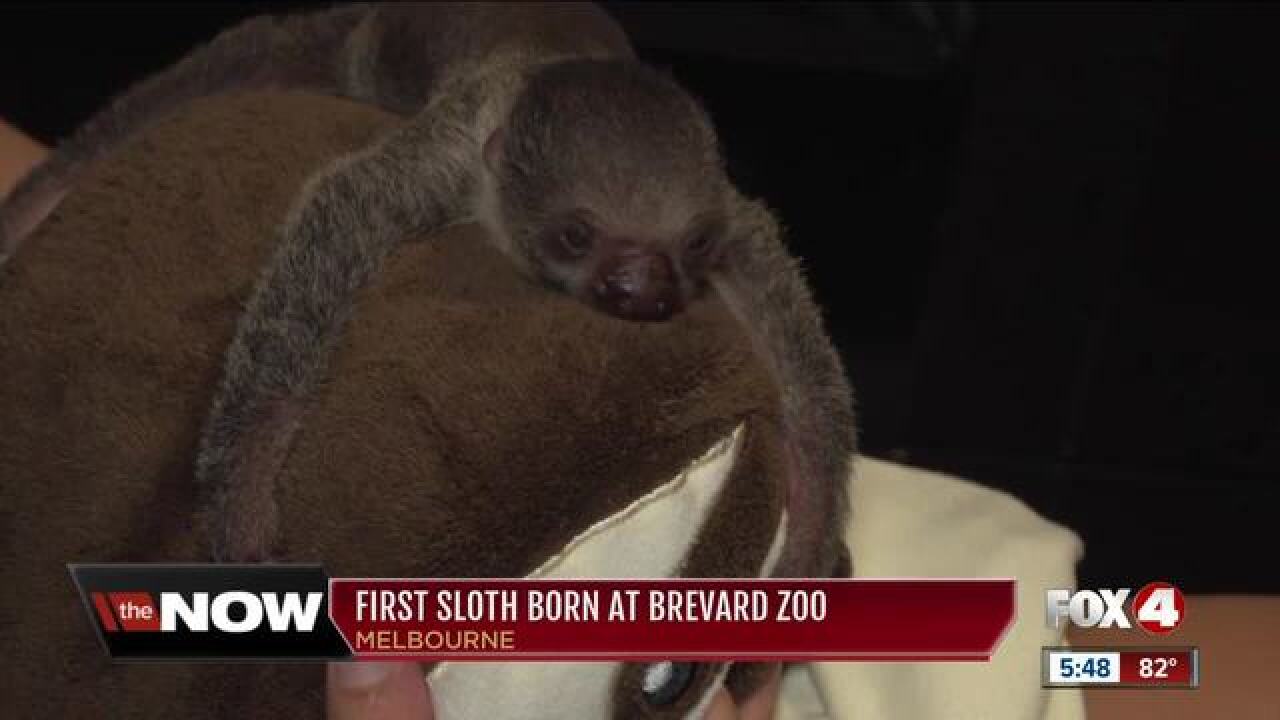 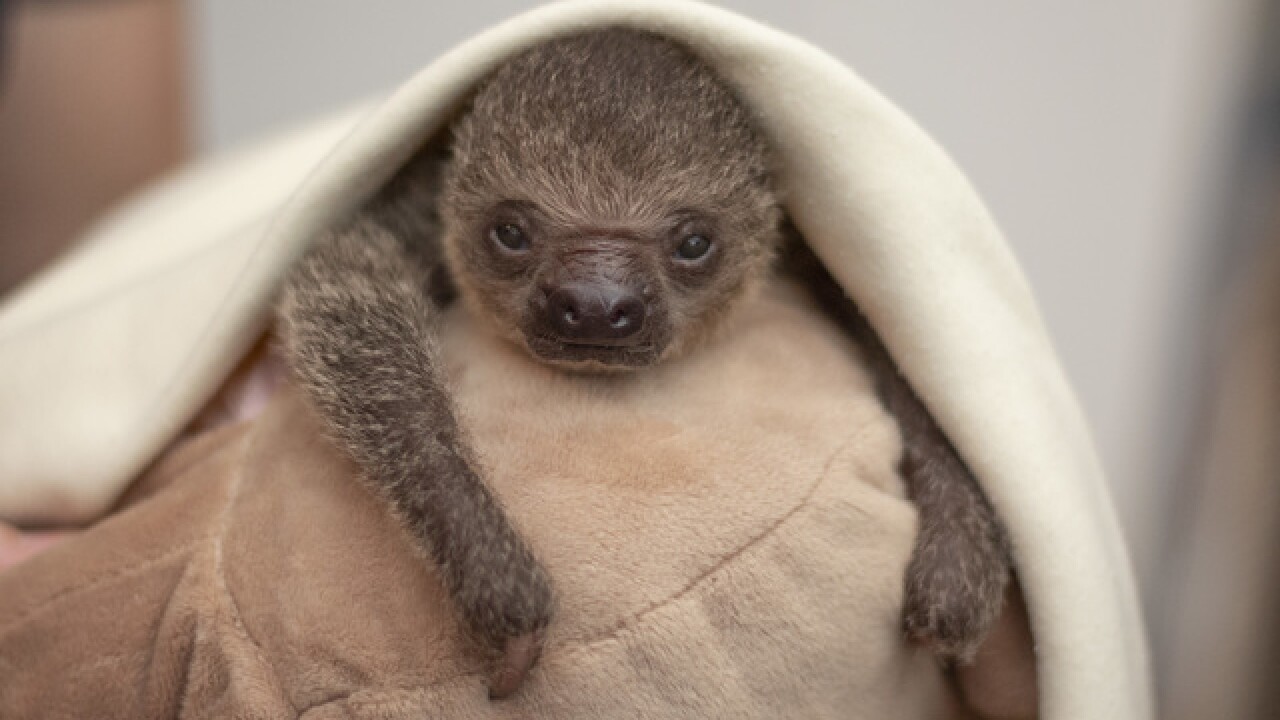 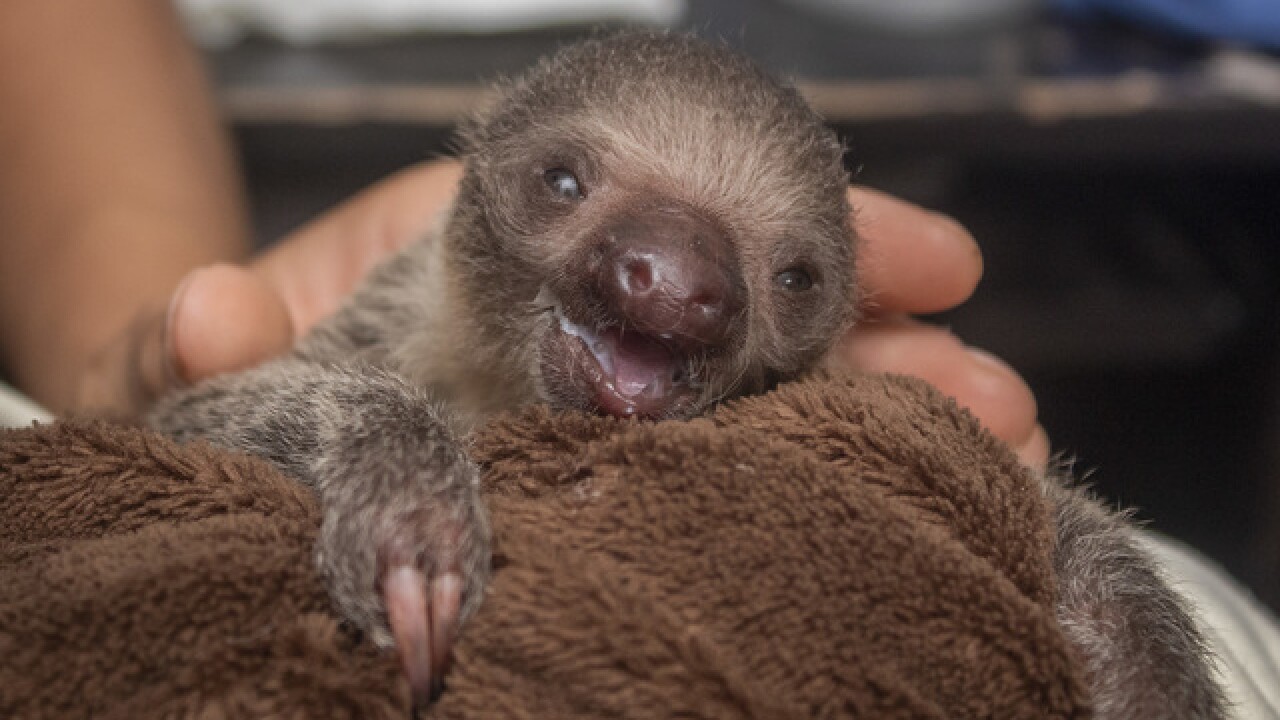 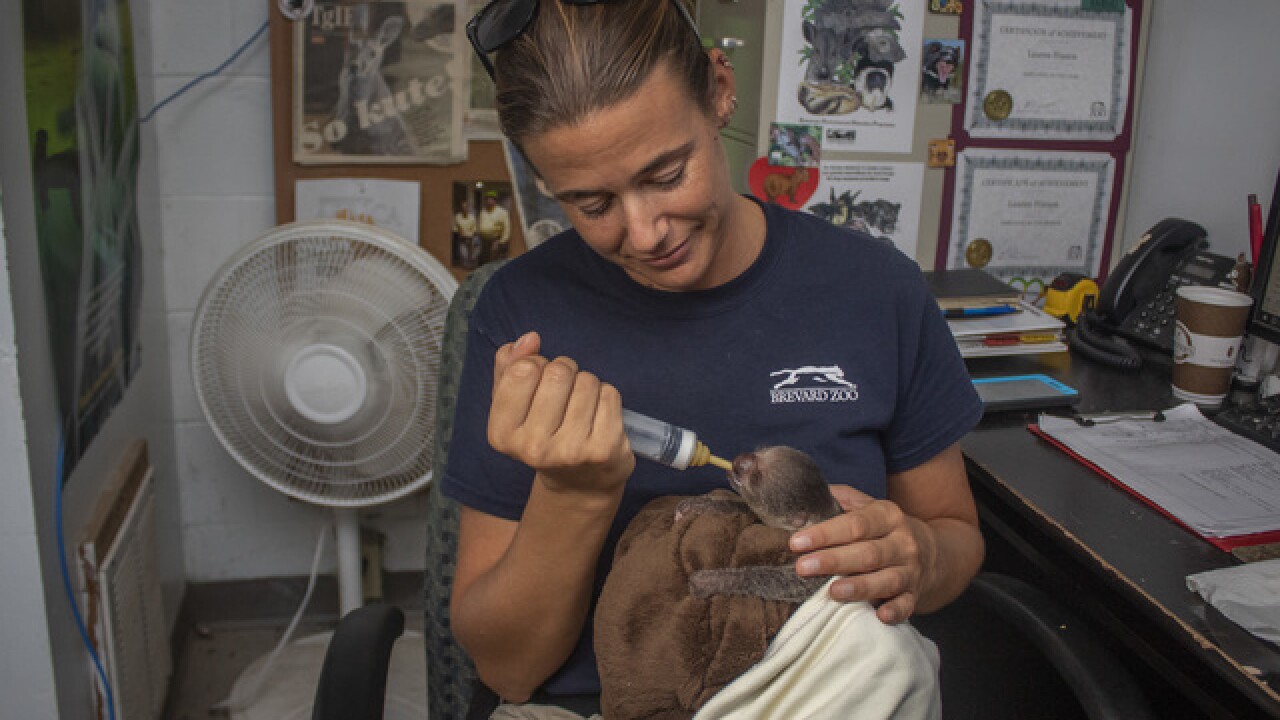 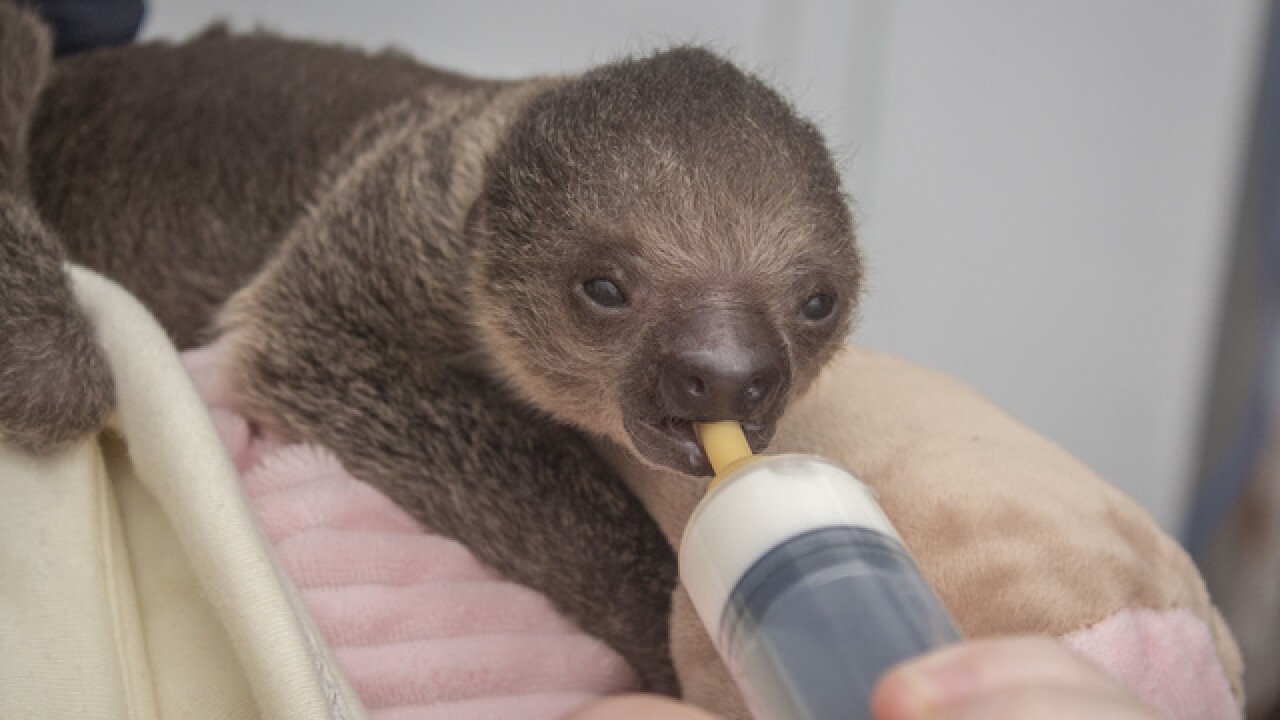 The as-yet-unnamed newborn, who is the first sloth born at the Zoo, did not remain with the mother overnight and will be hand-raised.

“When we found the baby away from Tango, we tried to reunite them,” said Lauren Hinson, a curator of animals at the Zoo. “But the new mother was not nursing, nor did she show interest in the newborn. Tango is a first-time mother whose inexperience likely led her to not care for the little one.”

Hinson has stepped in to provide round-the-clock care for the sloth, who is fed goat’s milk every two and a half hours. Because newborn sloths are inclined to cling onto their mother, animal care staff gave the baby its choice of materials to hold onto; ironically, the little guy chose a sloth blanket from the Zoo’s gift shop. Hinson expects to provide substantial care for at least five months, after which will begin the weaning process.

The youngster, who weighed 11.2 ounces at birth, is also the offspring of male sloth Dustin. The newborn’s sex is unknown at the time as laboratory testing is sometimes needed to determine the sex of sloths. The length of the species’ gestation is not exactly known, but likely sits between six and 12 months.

Notorious for their slow-paced lifestyle, Linnaeus’s two-toed sloths face challenges from habitat loss and the exotic pet trade in central and South America.