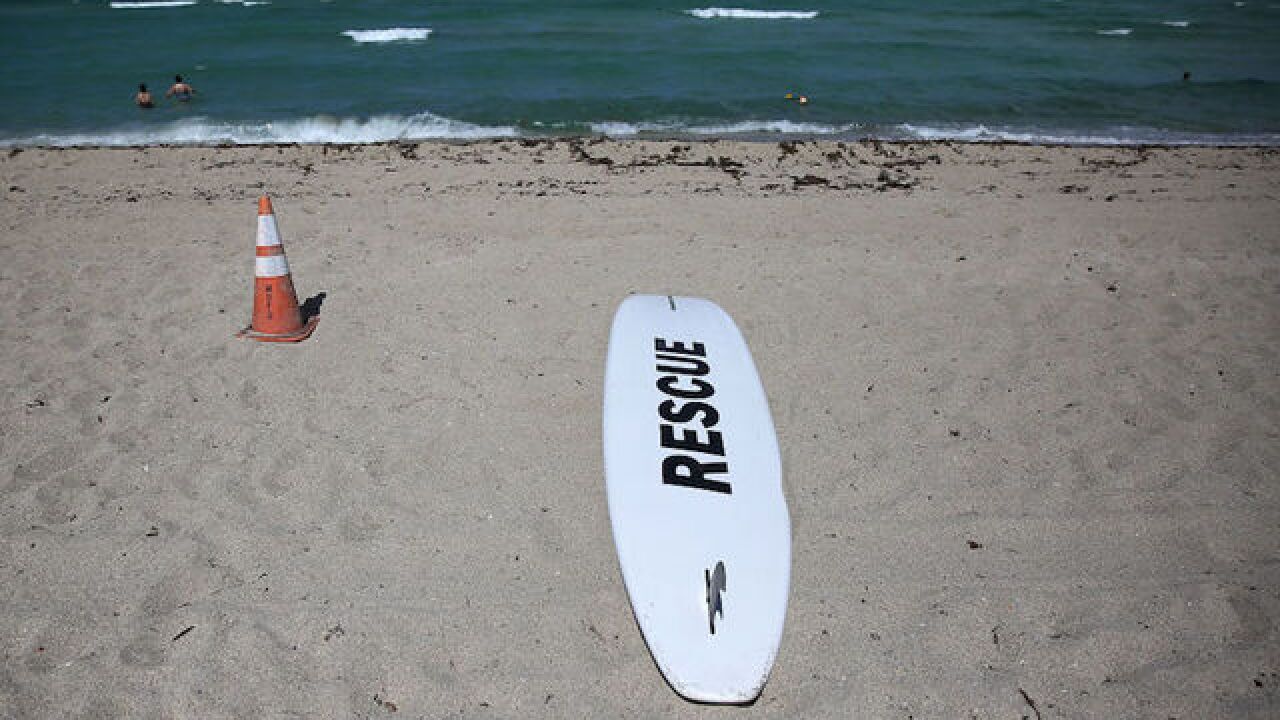 Image copyright 2018 Getty Images. All rights reserved. This material may not be published, broadcast, rewritten, or redistributed.
Joe Raedle
<p>A rescue board is seen on the beach as people swim in the ocean off of Haulover Beach where a rare shark attack occured on Sunday afternoon on July 11, 2017 in Sunny Isles, Florida.</p>

The town of Fernandina Beach, Florida, reopened its beaches to swimmers Saturday, a day after two people were injured minutes apart in "alleged shark bite incidents," the city government said.

"The waters are back open this morning. Ocean Rescue will remain on high alert and will continue monitoring the water," the city said on its Twitter page Saturday -- which just happened to be Shark Awareness Day.

The city didn't provide details about the victims but CNN affiliate WJXT said a 30-year-old man was bitten on the foot and a 17-year-old boy was bitten, also on the foot, five minutes later about a mile away.

"Both patients are reportedly stable, with non-life-threatening injuries," the city fire department said in a news release. "Neither patient could advise what type or size of marine life had caused their respective injuries."

WJXT interviewed the first bite victim, identified as Dustin Theobald of Fernandina Beach, at Baptist Medical Center Nassau, where he was recovering.

"I was in 2 feet of water or less, laying on my stomach watching (my 8-year-old son) just playing in the surf and I felt something grab onto my foot and pull," he said.

Theobold told the TV station he might have tendon damage and has 4-inch lacerations on the top and bottom of his foot.

WFXT, citing the Fernandina Beach Fire Department, said the 17-year-old was taken to a Jacksonville hospital with puncture wounds on the foot. He didn't see what bit him, WFXT said.

Fernandina Beach, Florida's northernmost municipality, is on Amelia Island on the Atlantic coast.