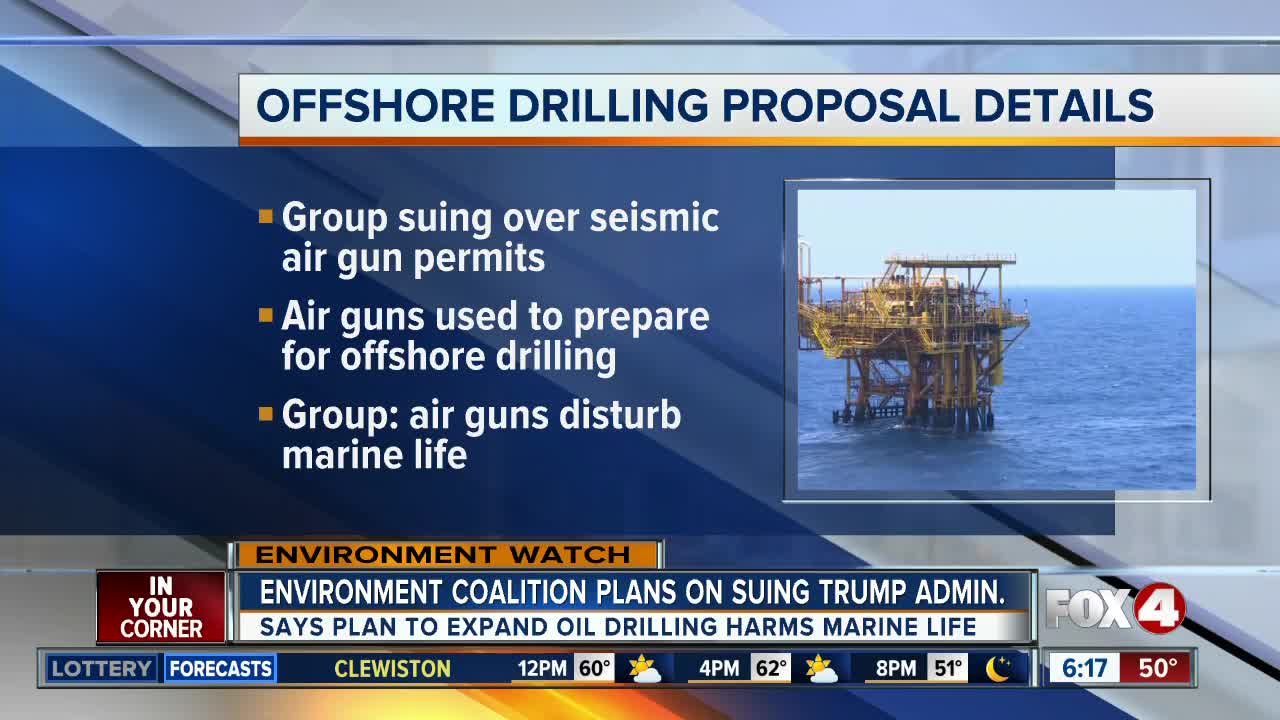 A coalition planned to gather Tuesday in Charleston, South Carolina, to announce a federal lawsuit to stop issuance of permits for the use of seismic air guns.

Trump's administration has authorized five such permits, which aim to find oil and gas formations deep underneath the Atlantic Ocean floor, from Delaware to central Florida. Seismic surveys haven't been conducted in the region for decades.

The blasts are conducted in preparation for potential offshore drilling, which the administration has proposed to expand from the Atlantic to the Arctic and Pacific oceans. The five-year plan would open 90 percent of the nation's offshore reserves to private development.

On top of that announcement, a group of aquariums say they're opposed to seismic blasting along the East Coast as well.

The six aquariums are all on the East Coast, and they say they oppose the recent affirmation of sound blasting from Delaware to Florida by the National Oceanic and Atmospheric Administration.

The aquariums say they're worried noise pollution caused by the blasting could harm marine life, all the way from microorganisms to giant whales. They also fear disruption of valuable commercial fish.

The participating aquariums are the New England Aquarium in Boston, National Aquarium in Baltimore, the Mystic Aquarium in Connecticut, the Virginia Aquarium & Marine Science Center, the North Carolina Aquariums and the New York Aquarium and its parent Wildlife Conservation Society.