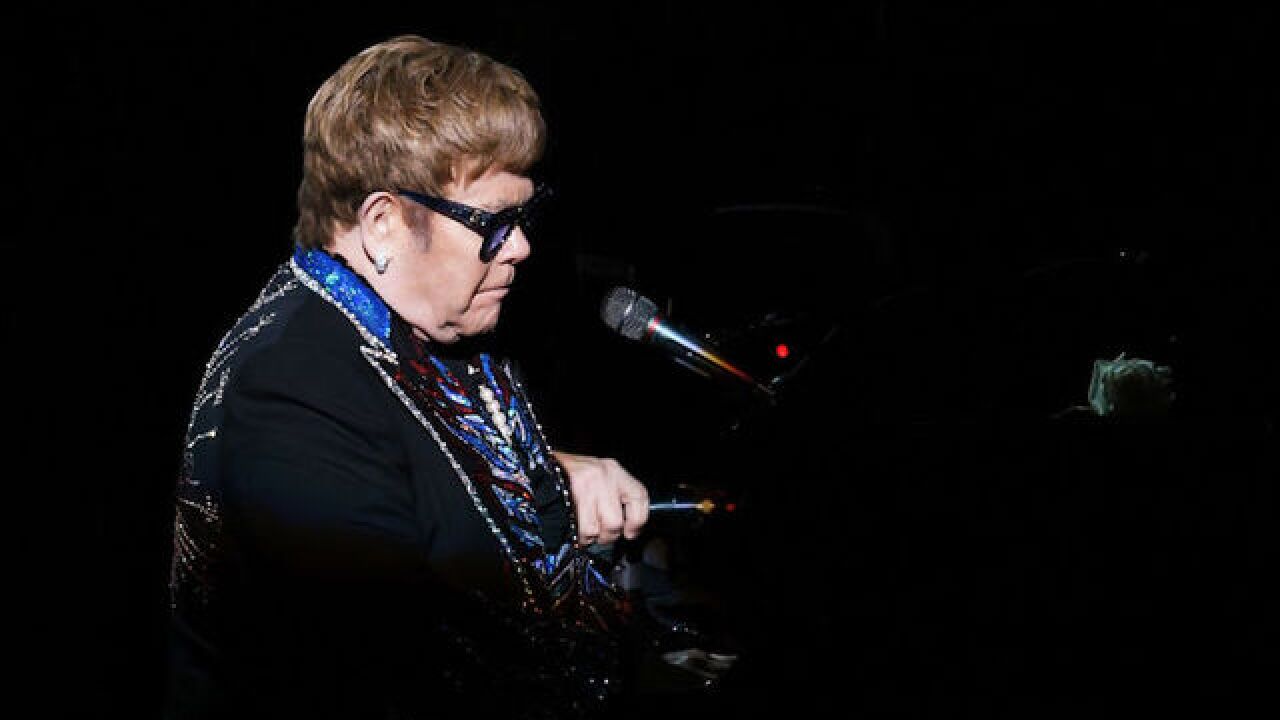 TAMPA, Fla. — Elton John's sold-out show scheduled to take place on Wednesday night at Amalie Arena has been canceled. However, it will be rescheduled at a later date.

His sold-out performance on Tuesday night in Orlando was also canceled. An announcement was made about 20 minutes after the show’s start time, stating that John has an ear infection.

We're sorry to announce that due to an ear infection, Elton John is unable to perform tonight. The rescheduled Orlando date will be announced in the near future so please hold onto your tickets. pic.twitter.com/fZRVH1tVyu

Amalie Arena released the following statement on Tuesday night: "Due to an ear infection and doctor’s orders, the sold out show scheduled for Wednesday, November 28, 2018 in Tampa is being postponed to a date to be determined."

According to Amalie Arena officials, all tickets for Wednesday night's show will be valid for the rescheduled date — which will be announced shortly. No exchanges are needed. If a guest cannot attend the rescheduled date, refunds will be made available at point of purchase.

If you planned on picking your tickets up at will call, you can pick them up at any time, or on the reschedule date, Amalie Arena officials say. Click here for more information.