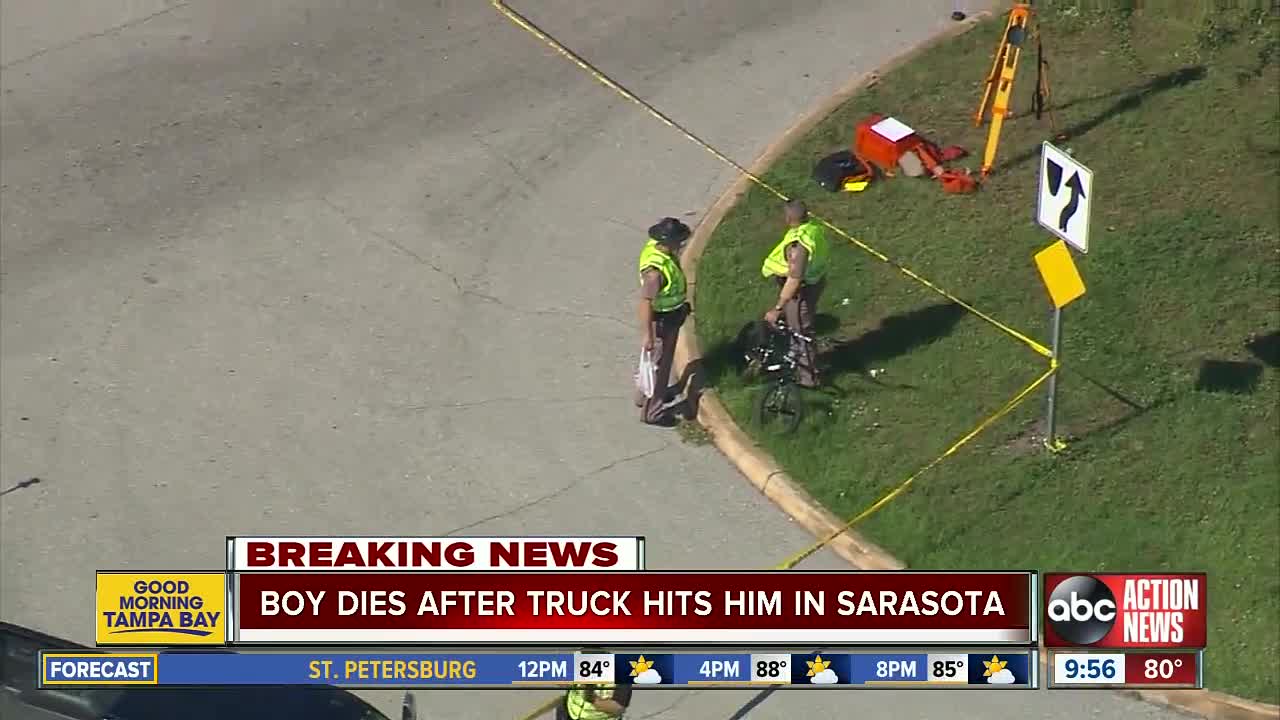 An elementary student was hit and killed while riding his bike to school in Sarasota Monday morning. 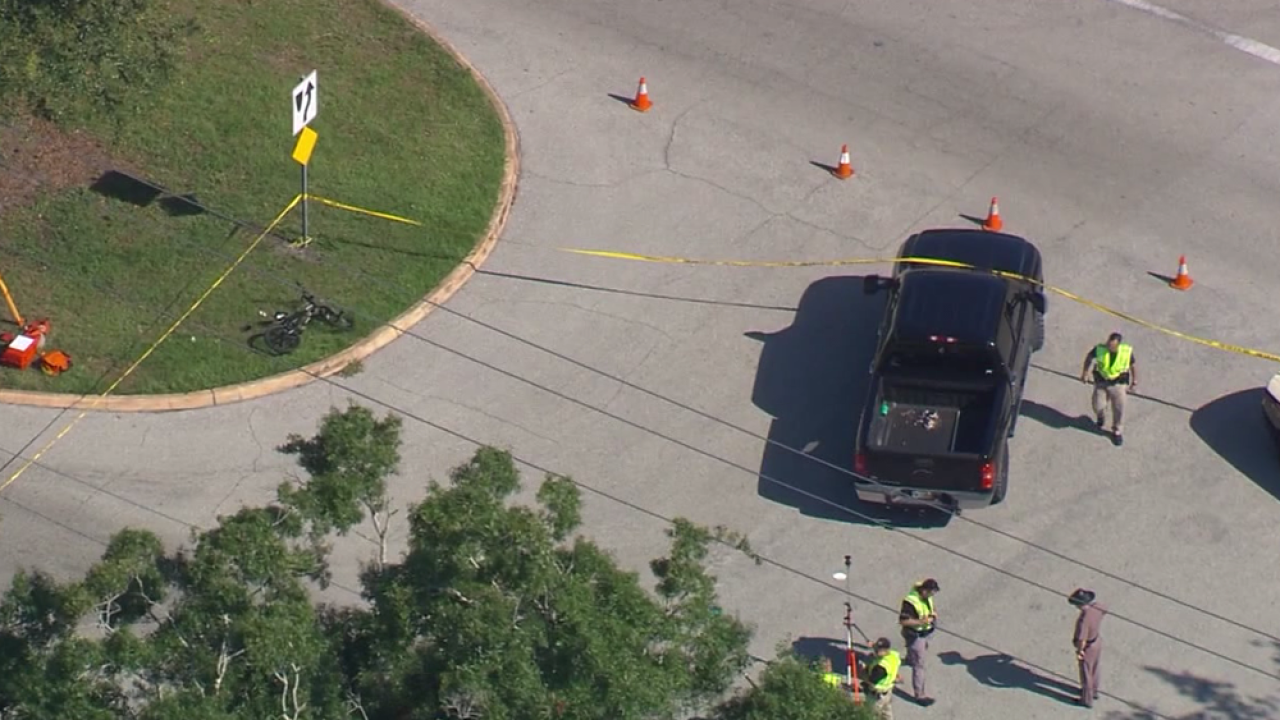 SARASOTA, Fla. — An elementary student was hit and killed while riding his bike to school in Sarasota Monday morning.

The Florida Highway Patrol said the 9-year-old boy was hit at the intersection of Webber Street and Nodosa Drive just before 8 a.m.

Deputies said the boy was riding his bike to Brentwood Elementary School. As he was following his older sister across the intersection the driver of a silver Chevy Silverado did not see him and hit him with his truck.

They 9-year-old was transported to Doctors Hospital of Sarasota, where he later died.

At this time, the investigation is ongoing. Deputies said the driver of the Silverado did stop and is cooperating.

UPDATE (2PM) -- The victim has been identified as 9-year-old Roman Miller.