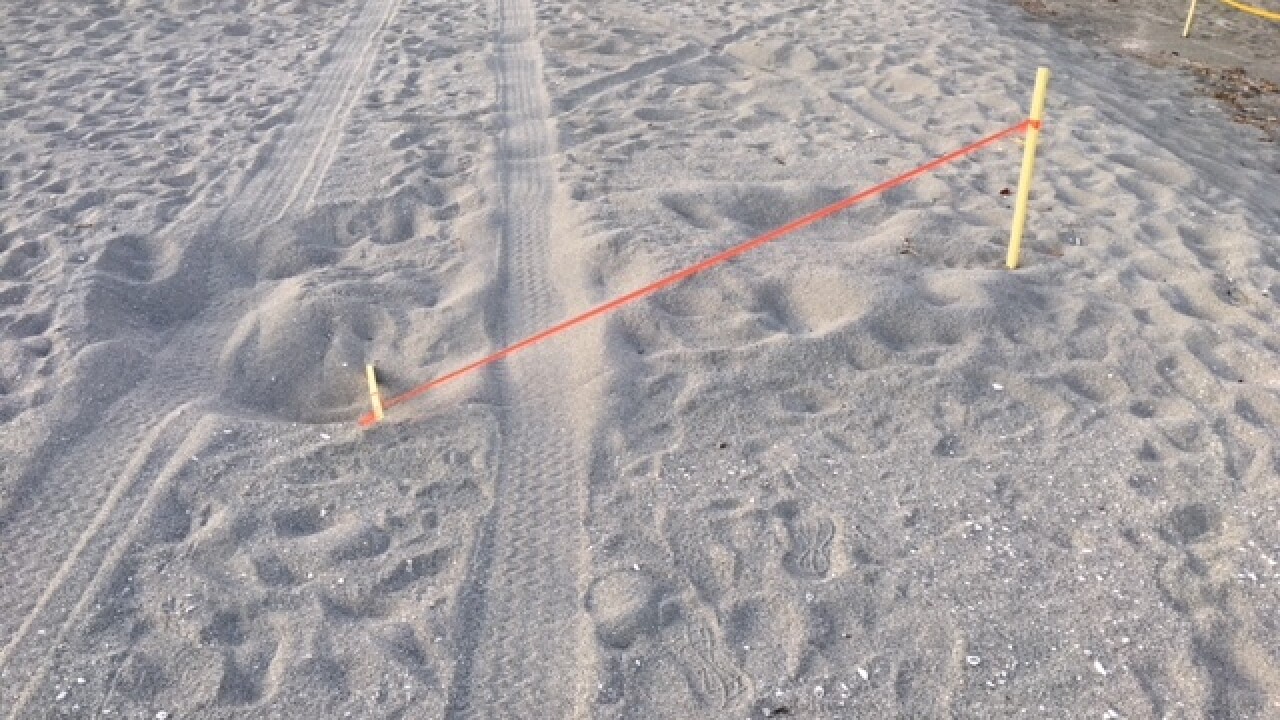 SIESTA KEY, Fla. -- Wildlife officials are investigating why somebody apparently ran over eight sea turtle nests with some sort of vehicle on south Siesta Key.

According to Mote Marine Laboratory in Sarasota, their Sea Turtle Patrol found the damage and tracks from a golf cart or all-terrain vehicle (ATV), and they reported that the vehicle had dislodged stakes marking existing nests and driven across a newly laid, unmarked nest.

Sea turtles are protected under federal and state laws as well as local ordinances. Harming sea turtles, their nests or eggs is illegal and can result in serious fines or even jail time.

FWC officers conducted an initial investigation but it was inconclusive due to little additional evidence.

If you have information about this incident, please call FWC’s wildlife alert hotline: 888-404-FWCC.

Upon Mote’s initial nest inspection, there was no obvious damage to eggs, but it is difficult to assess the damage done to each nest without disturbing the nest further. So Mote scientists may not know the potential impacts on each nest until they hatch.

“We are disappointed to see this kind of destruction – especially to know that it likely took place at night, when the perpetrators could have easily driven over hatchlings or hit a nesting sea turtle,” said Coquina Homer, biological technician at Mote. “We go to a lot of effort to protect sea turtles, which are  threatened species. We hope that members of the public learn from this incident and help to ensure that it doesn’t happen again.”

Do:
•    If you encounter a nesting turtle or hatchlings, remain quiet and observe from a distance.
•    Shield or turn off outdoor lights that are visible on the beach from May through October — artificial lights visible from the beach can disorient and attract sea turtles, particularly hatchlings that should be crawling toward the water.
•    Close drapes after dark.
•    Stack beach furniture at the dune line, or ideally, remove it from the beach.
•    Fill in holes that may entrap hatchlings on their way to the water.

Do not:
•    Approach nesting turtles or hatchlings, make noise, or shine lights at turtles.
•    Use flashlights or fishing lamps on the beach.
•    Encourage a turtle to move while nesting or pick up hatchlings that have emerged and are heading for the water.
•    Use fireworks on the beach.