Couple sought after smashing large truck into ATM in Florida 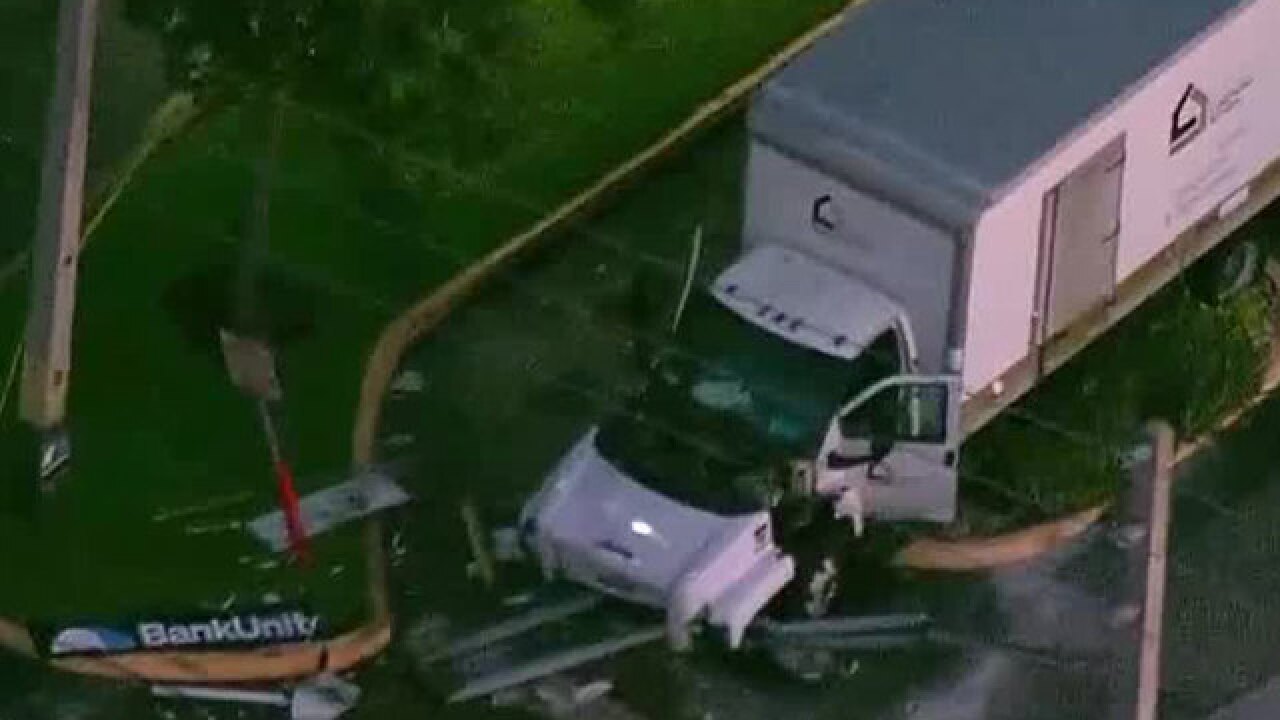 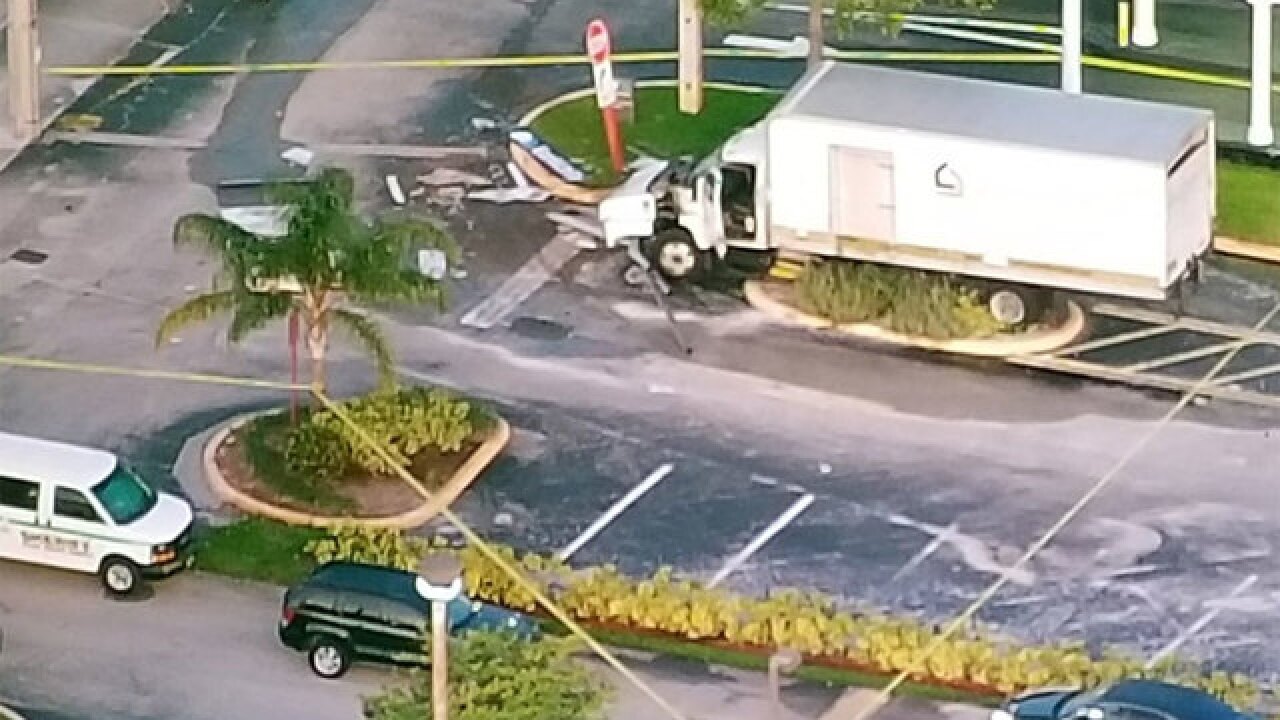 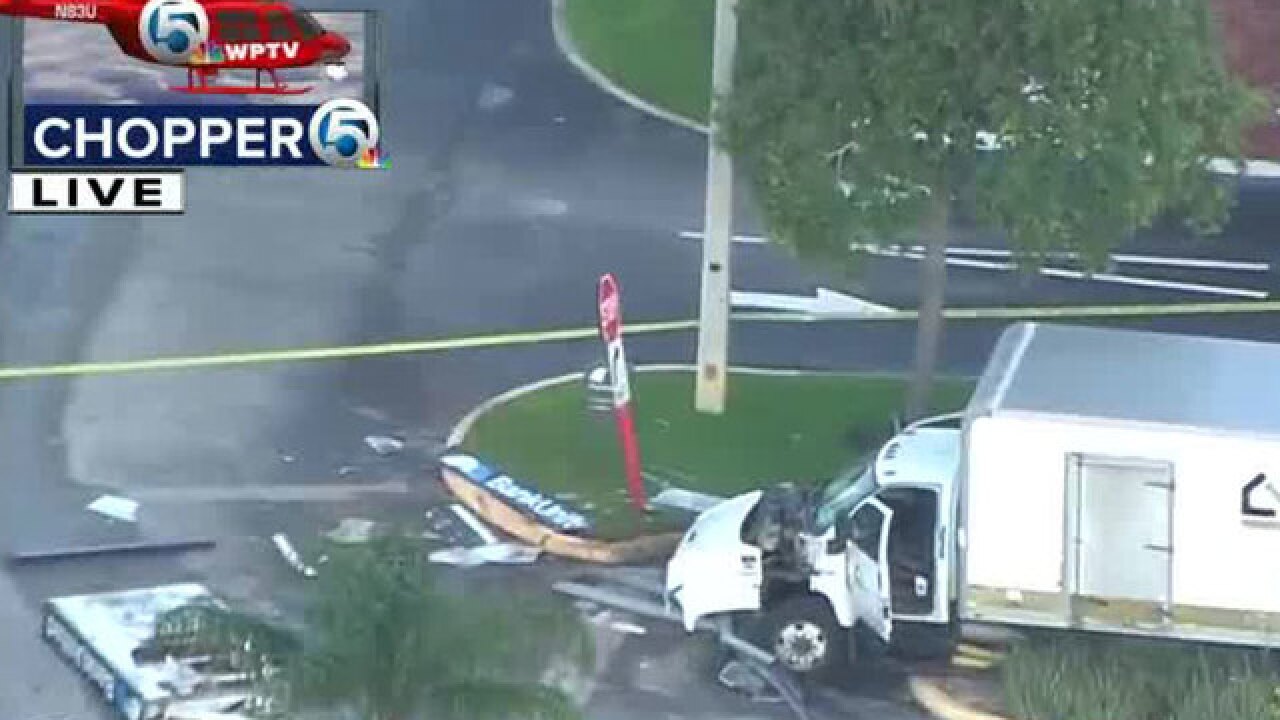 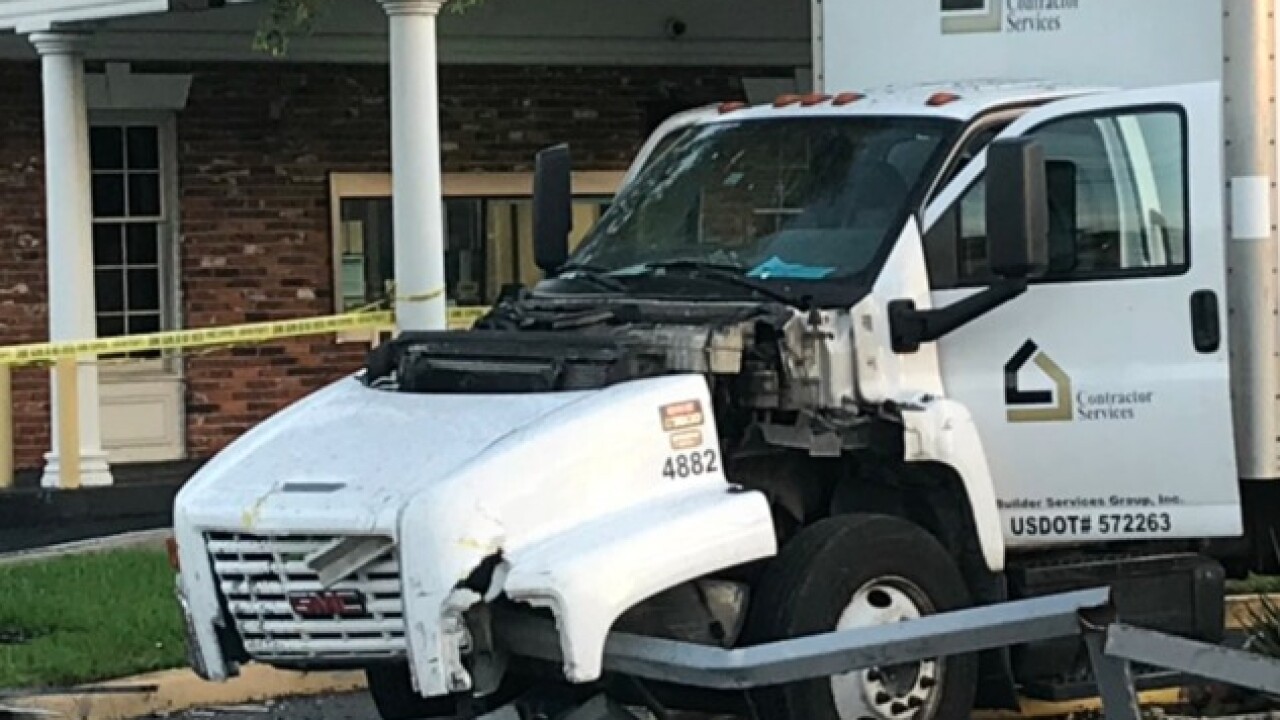 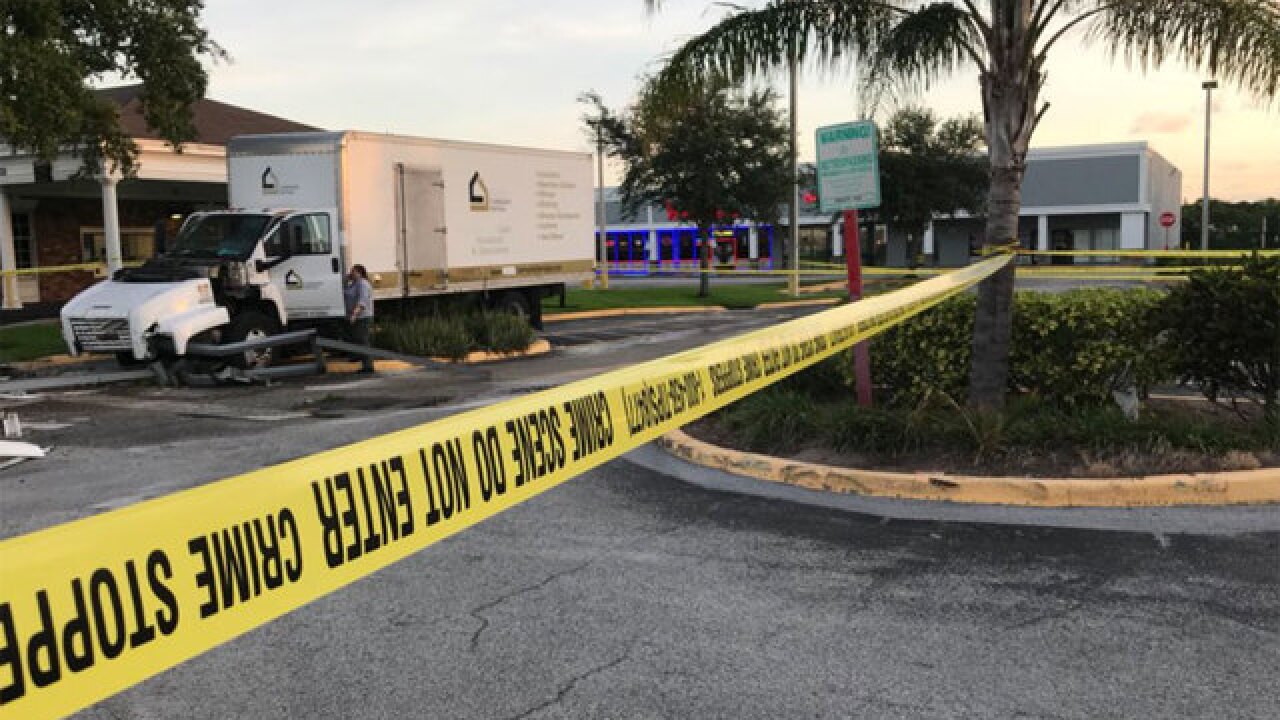 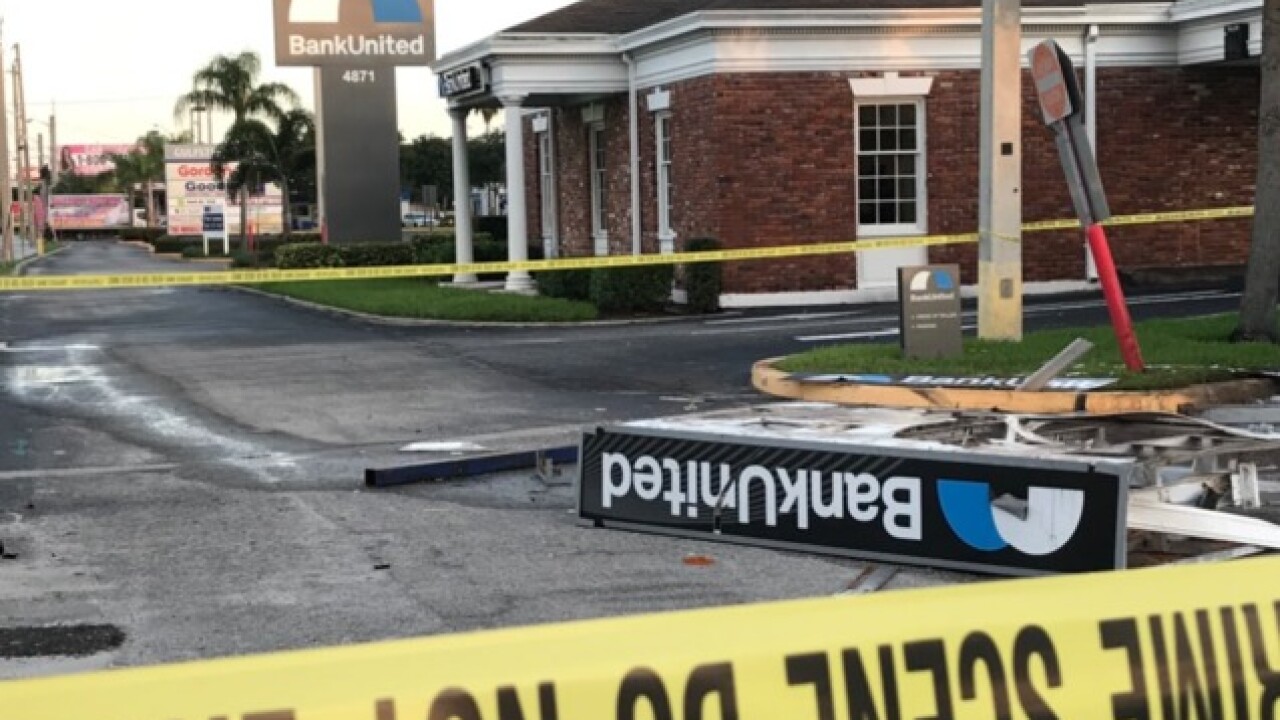 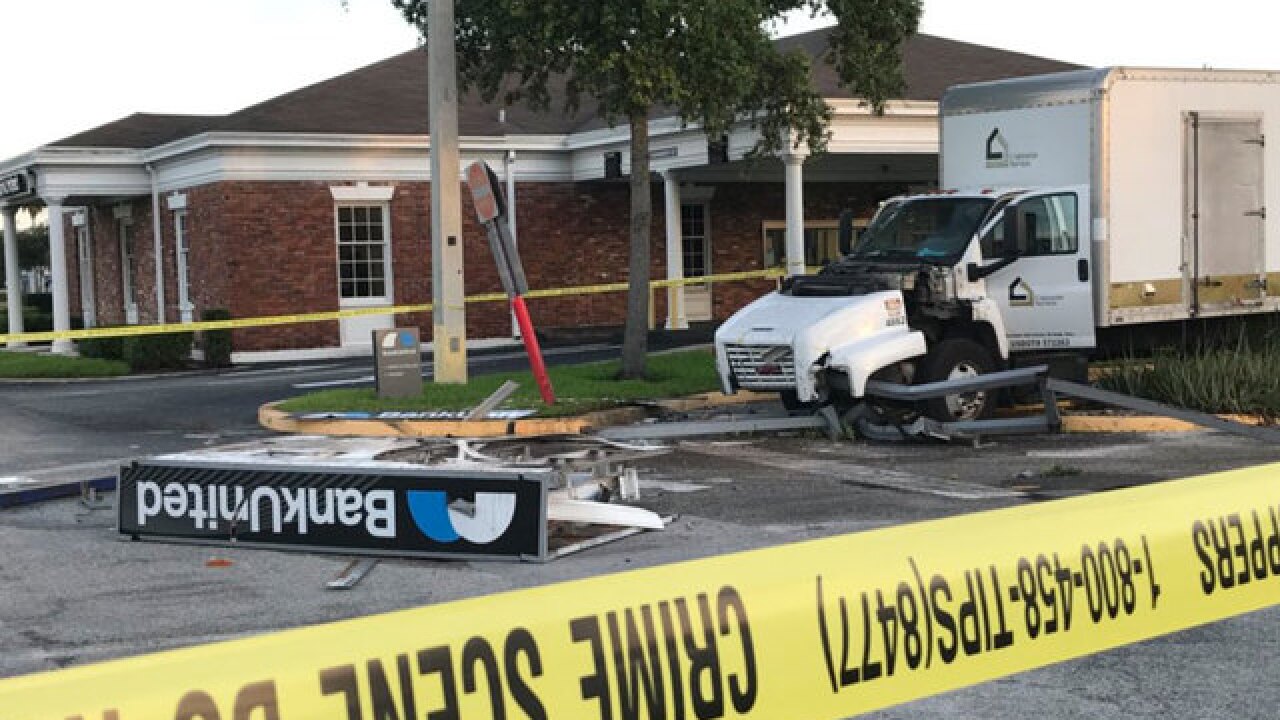 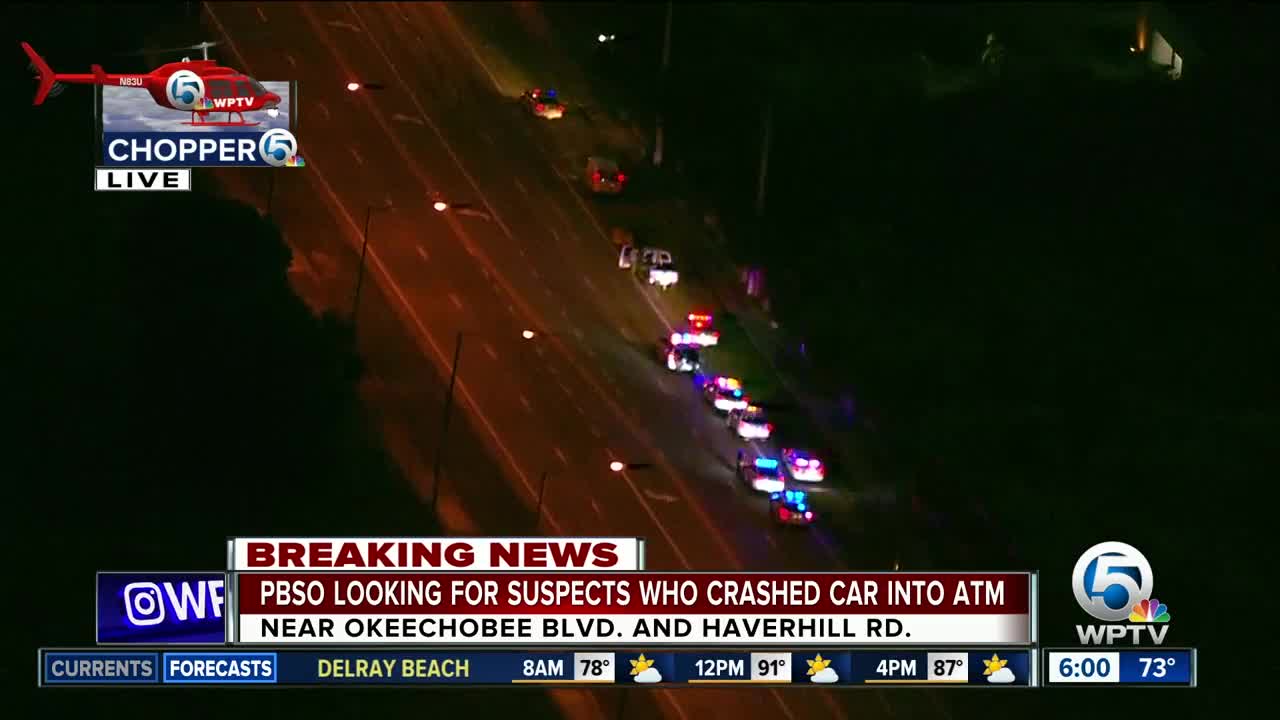 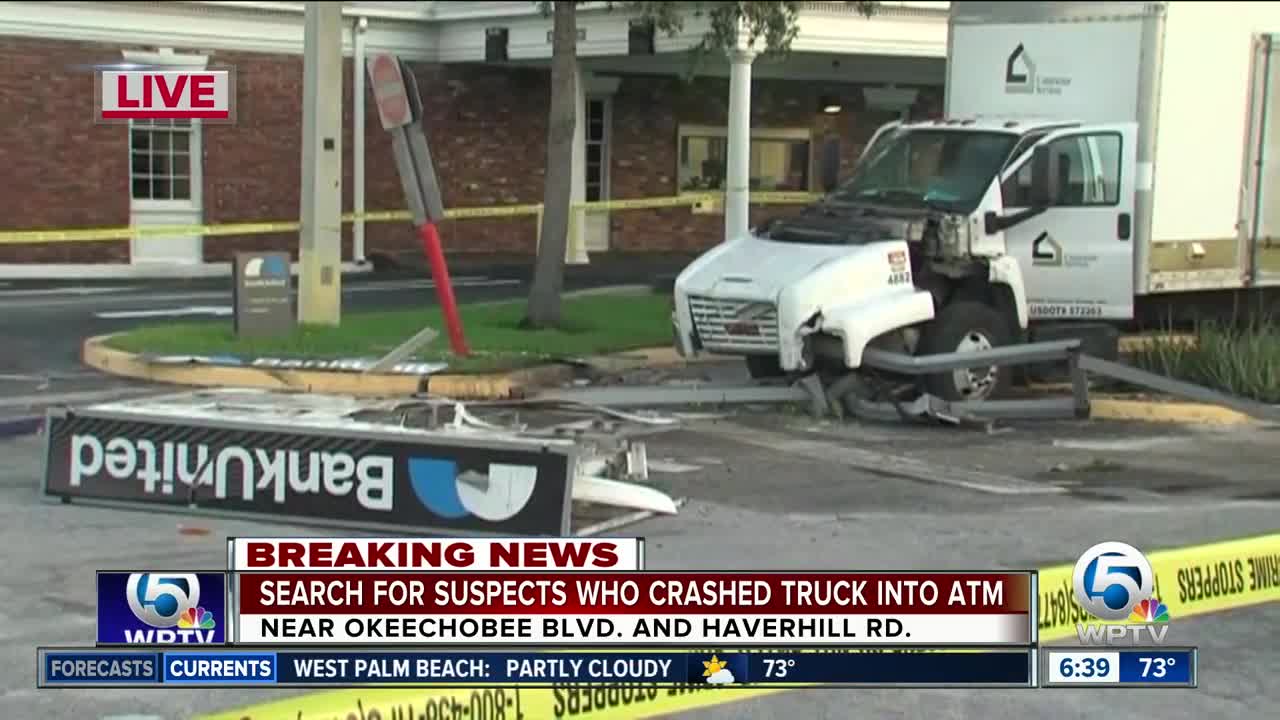 The Palm Beach County Sheriff's Office is looking for two men who escaped after crashing a large box truck into an ATM at a bank along Okeechobee Boulevard early Wednesday morning.

RELATED: More pictures from the scene

The incident around 4:45 a.m. at a Bank United located at 4871 Okeechobee Blvd. near Haverhill Road.

When deputies arrived, they were advised that a truck was dragging an ATM northbound on Haverhill Road.

PBSO later located a Ford F-250 on Haverhill Road, just south of Century Boulevard. An ATM was also found lying in the road about 10 feet in front of the truck.

PBSO said it appears the robbers used the box truck to strike the "free-standing ATM."  They then dragged the ATM behind the F-250 onto northbound Haverhill Road.

At some point it appears the ATM got in front of the F-250.  The F-250's front bumper then struck the ATM, causing airbags to deploy.  The robbers fled the scene upon impact and are still at large.

The sheriff's office said both the F-250 and box truck were reported stolen.

Story has been updated to clarify that two men are being sought in the case. A man and woman witnessed the incident but were not involved, according to PBSO.

#Breaking : Scene at BankUnited on Okeechobee Blvd. after a couple crashed into the ATM then took off. What a mess! @WPTV @FOX29WFLX pic.twitter.com/o1pvmylijn