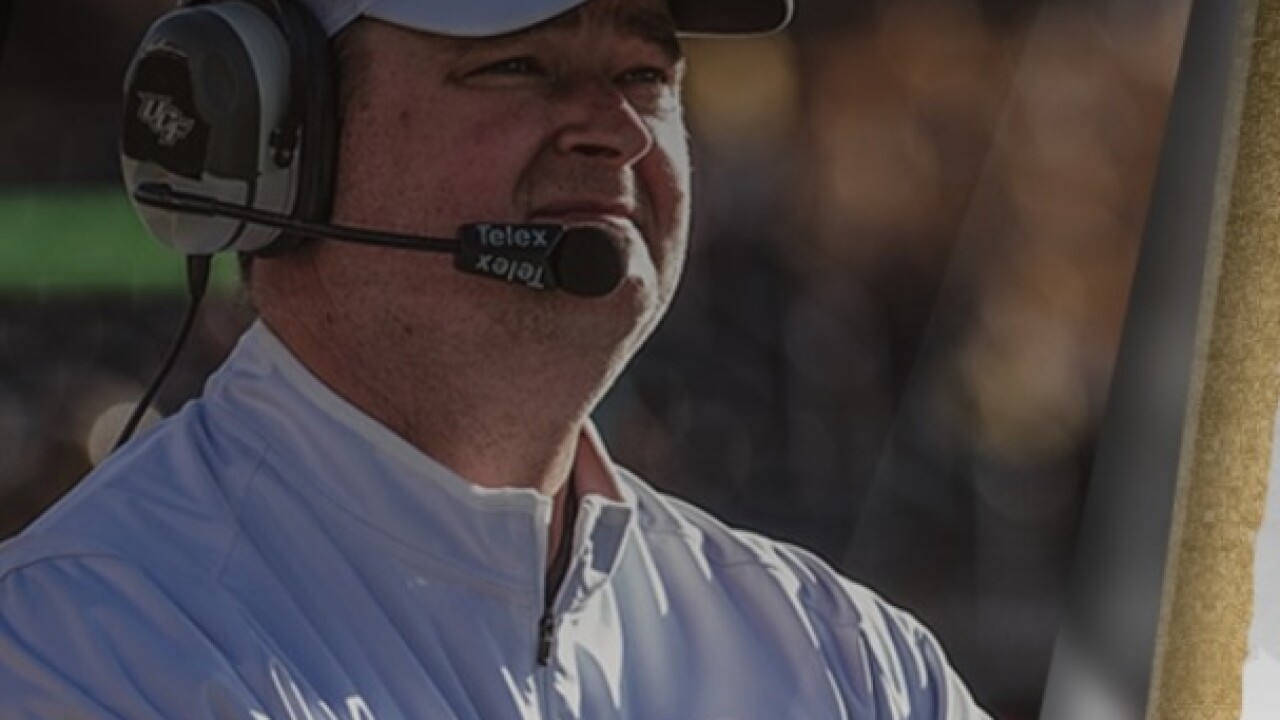 ORLANDO, Fla. -- The University of Central Florida did not wait long to name a replacement for their head coach replacement.  The former Oklahoma All-American quarterback Josh Heupel will take over the reigns of the Knight football team.

Heupel, a Heisman trophy runner-up in 2000, began his coaching career in 2004 as a graduate assistant at Oklahoma and most recently had been the Offensive Coordinator at Missouri.  This will be his first head coaching job.

Heupel replaces Scott Frost, who announced Saturday that he was leaving UCF to accept the head coaching position at his Alma Mater, Nebraska.

Frost had taken over a UCF team that was winless in 2015 and built a team that went undefeated in 2017.

Heupel is excited to take over an already successful program. "What makes this opportunity so unique is the vision of the leadership from President John Hitt, Provost Dale Whitaker and Director of Athletics Danny White. Their vision for this becoming one of the premier programs in the country makes this an exciting opportunity," says Heupel.

He'll be joined by a coach familiar to football fans in the state.  Heupel quickly announced that Randy Shannon will serve as the team's defensive coordinator.