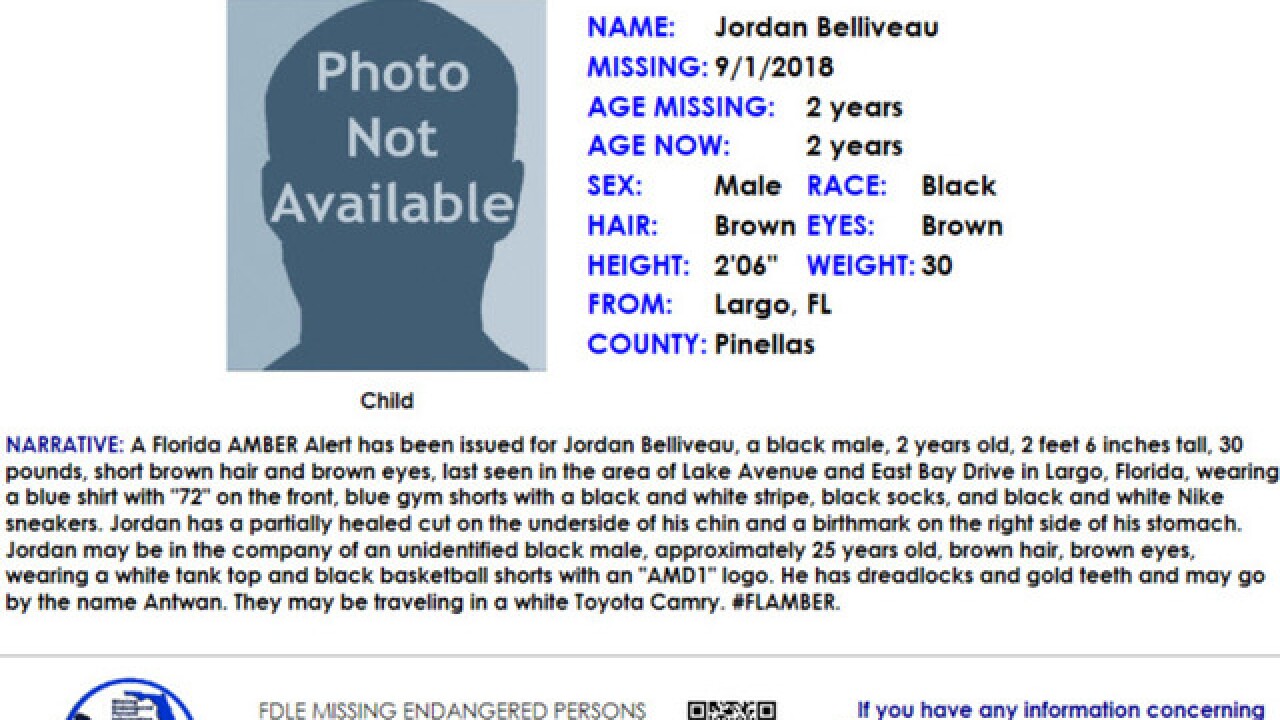 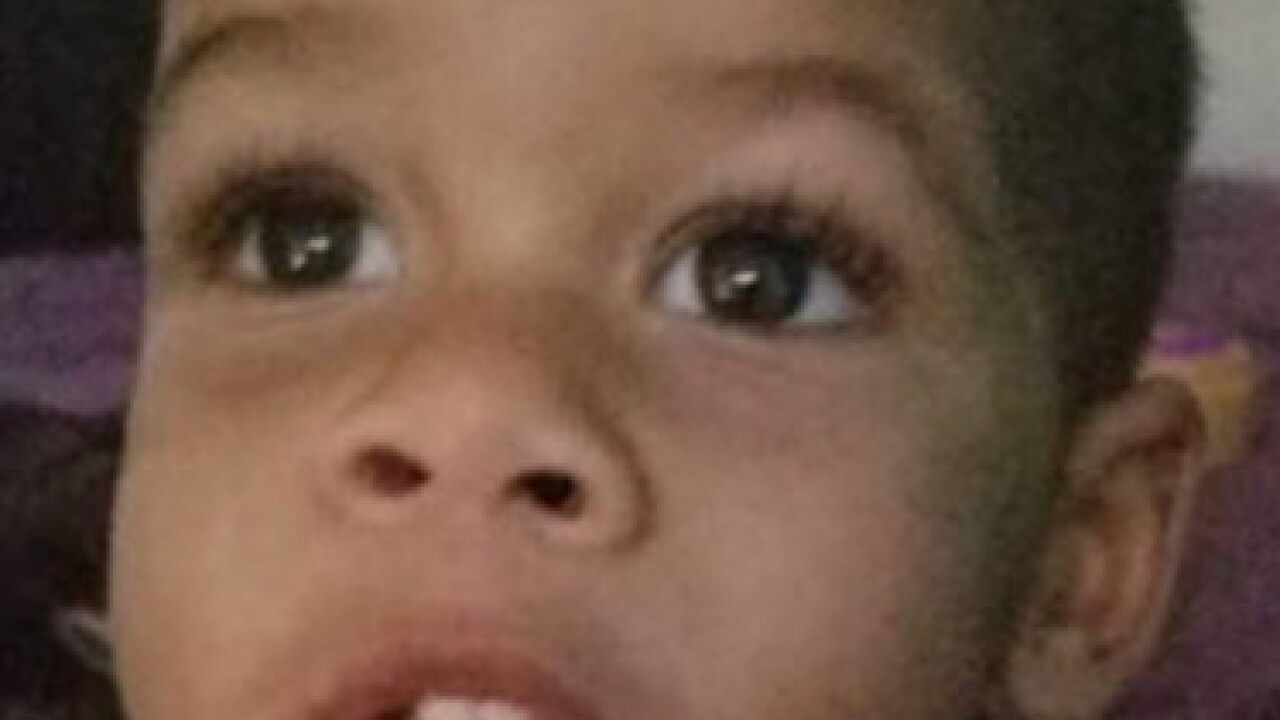 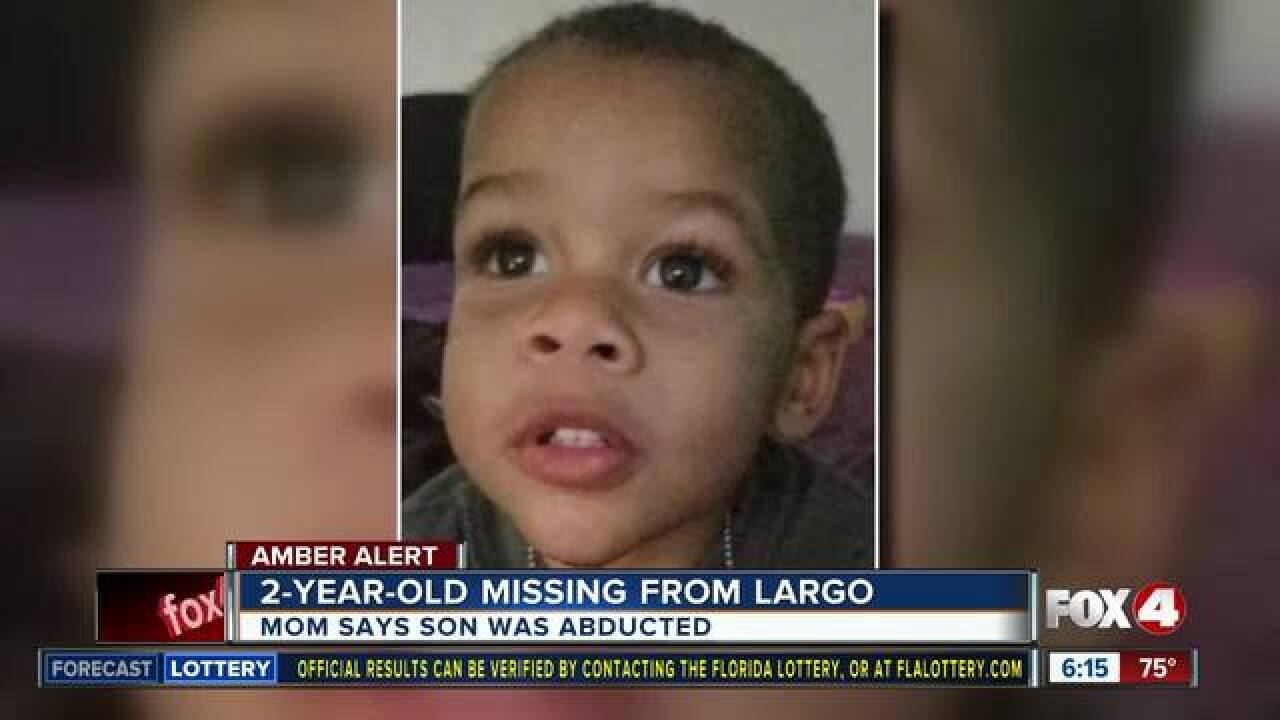 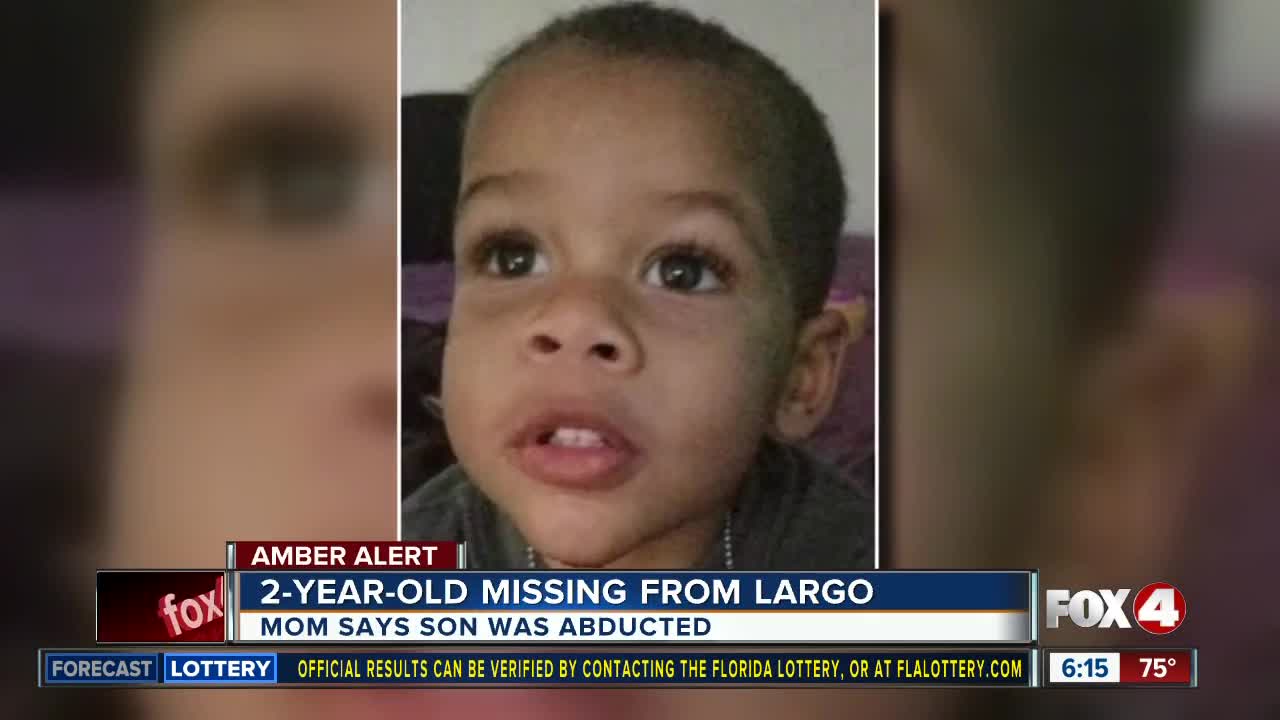 According to the Largo Police Department the boy, Jordan Belliveau, and his mother were walking on East Bay Drive near Belcher Road around 9:30 p.m. on Saturday. They were offered a ride in a white Toyota Camry by someone they did not know who told them his name was Antwan.

Once inside the car, police say the mother says she was hit in the face and lost consciousness.

Once she regained consciousness Sunday around 1:30 a.m., she found herself in a wooded area at Largo Central Park.

After an extensive search, police did not find Jordan and issued the Amber Alert.

Jordan Belliveau is a black male who was last seen in the area of Lake Avenue and East Bay Drive in Largo. He is described as being 2 feet, 6 inches tall and about 30 pounds.

Jordan has short brown hair and brown eyes and was wearing a blue shirt with a "72" on the front, blue gym shorts with a black and white stripe, black socks and black and white Nike sneakers. He has a cut that is partially healed on the underside of his chin and birthmark on the right side of his stomach.

The man who gave Jordan and his mother a ride is about 25 years old with brown hair, brown eyes and who may be wearing a white tank top and basketball shorts with a logo on the front. He has dreadlocks and gold teeth.

"At this point, all parents should take good care of their child and make sure that they're not talking to strangers," said Maj. Slaughter. "Do we feel that there's a significant threat to the community at this point...no."

We've learned authorities were at the mother's home on Sunday picking up evidence and trying to determine when was the last time Jordan was there.

UPDATE (9/3) -- Authorities have given a more detailed description of the suspected vehicle: A 2010 white Toyota Camry with a white grill, and dark tinted windows. Hanging from the rear view mirror are rosary beads and a black ice air freshener.