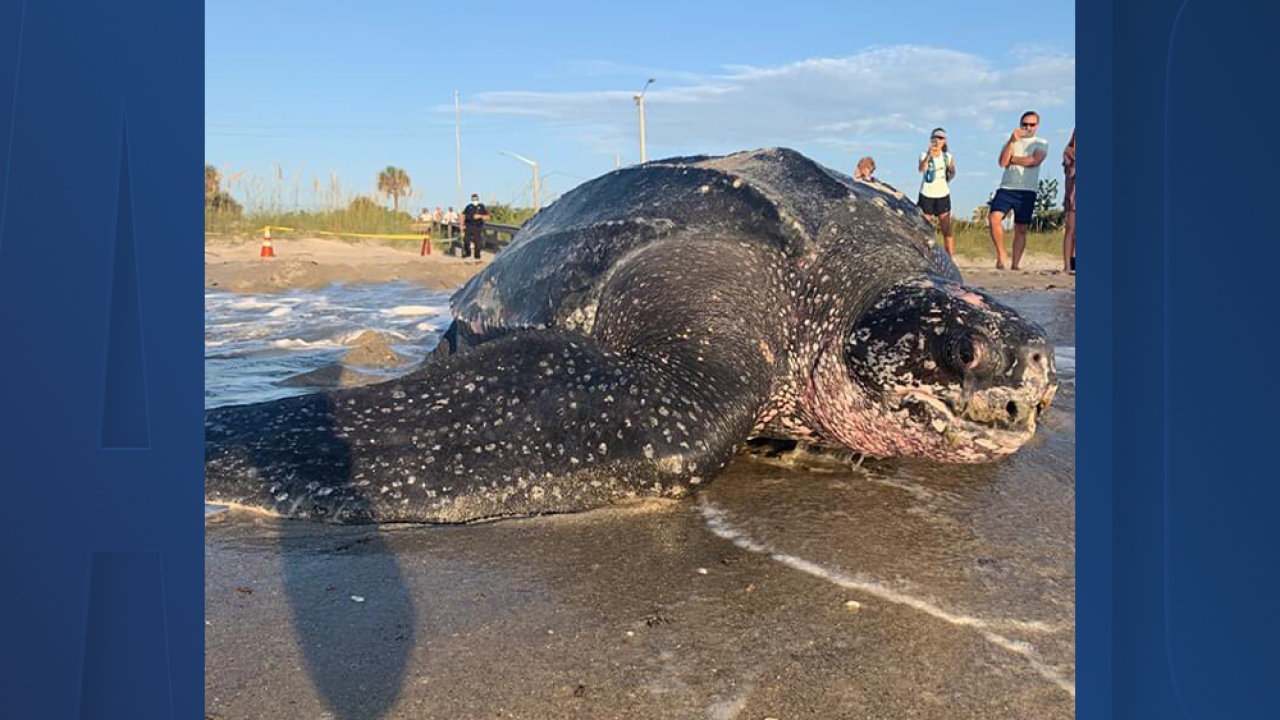 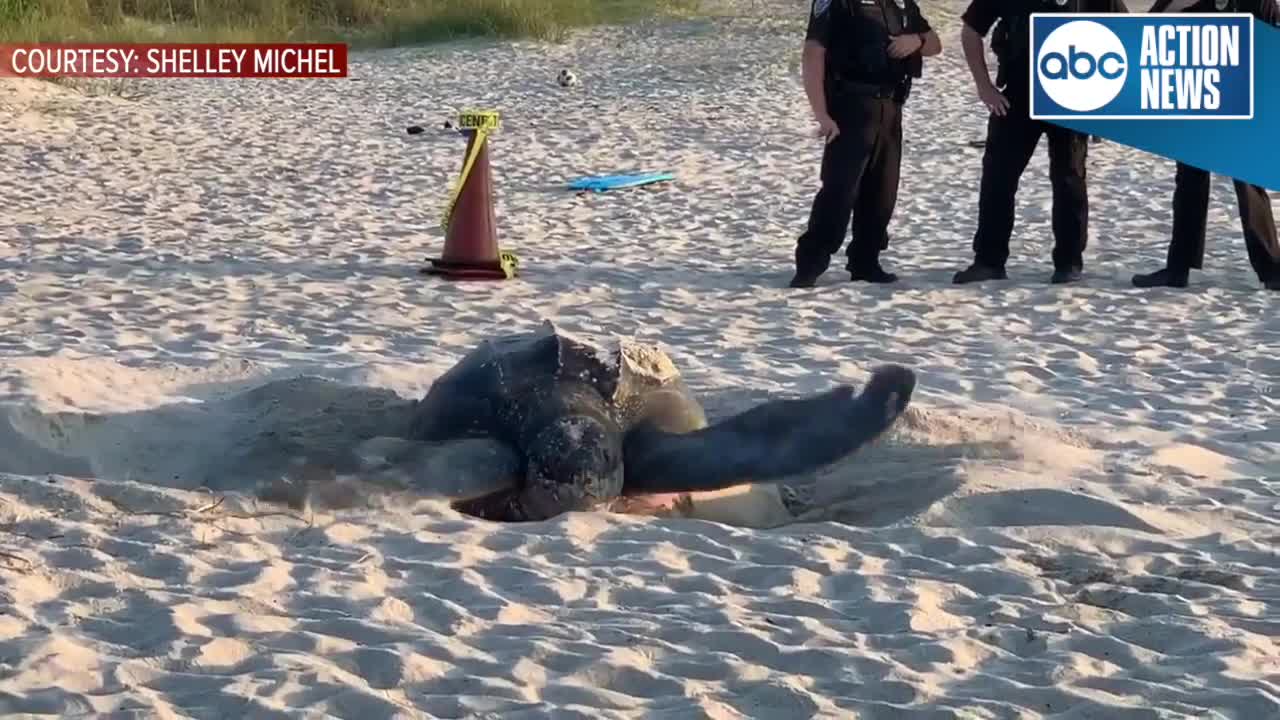 MELBOURNE BEACH, Fla. — An 800-pound leatherback sea turtle was found nesting on Melbourne Beach Thursday. According to Florida Fish and Wildlife, these turtles are rare and endangered.

Dr. Kate Mansfield, from the UCF Marine Turtle Research Group, says this leatherback was found nesting in Indialantic. The turtle was finishing her nest camouflage and heading back toward the ocean.

UPDATE! Turns out this leatherback lady had tags! She was originally tagged by the @LoggerheadMC down in Juno on March 2016! They named her ‘Vienna’. She nested down in Juno earlier this year, too. Leatherbacks get around! pic.twitter.com/9ep6IN934D

Turns out, the turtle had tags down in Juno in March 2016. Her name was "Vienna."

According to Dr. Mansfield, Vienna nested down in Juno earlier this year as well.

It's not known how old Vienna is, but Dr. Mansfield said she can be at least 20 years old from when she was first spotted and tagged by the Loggerhead Marinelife Center in Juno.