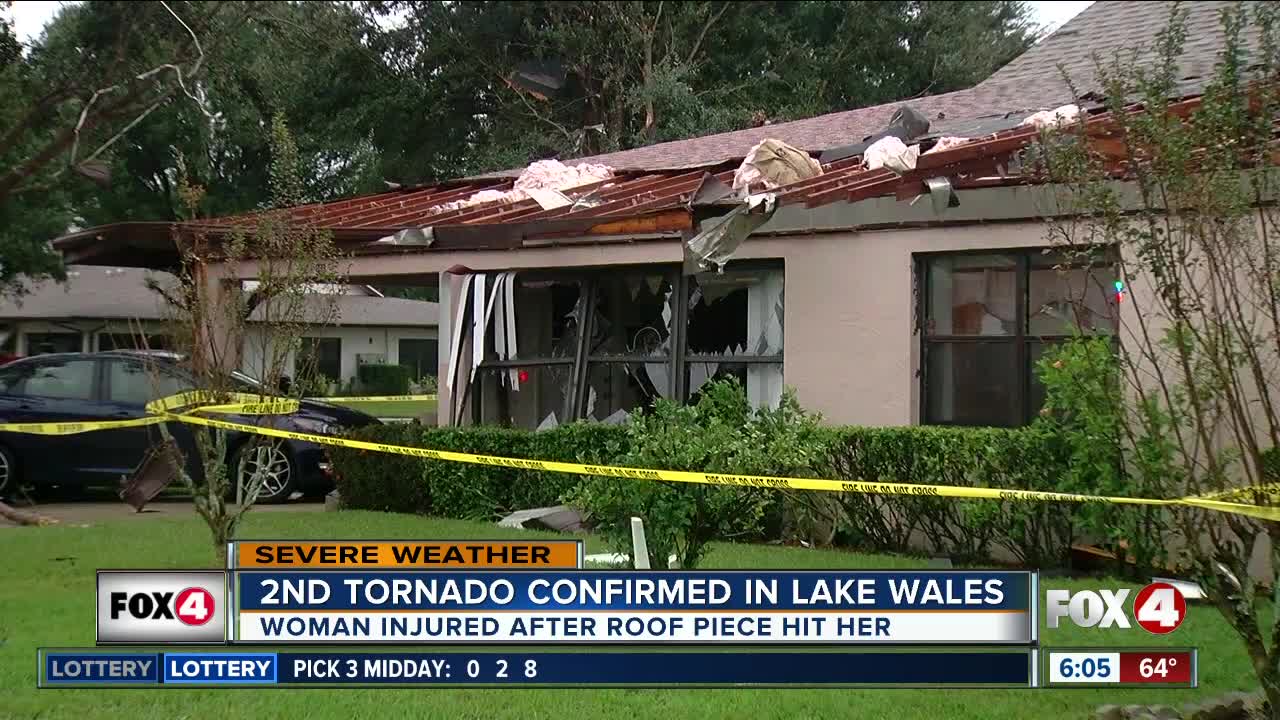 The twisters touched down in central Florida Thursday as heavy storms brushed across the state.

A tornado damaged more than 70 homes in a mobile home park in one Florida county north of Tampa.

Officials said they offered assistance to the affected residents, but all chose to stay with family and friends.

A 90-year-old woman was taken to a hospital after a roof fell on her during a heavy rainstorm in central Florida.

The Lakeland Ledger reports that Marie Weddle was hit on the head when part of her condominium's roof collapsed Thursday morning.

A neighbor told the paper that Weddle was taken to Lakeland Regional Medical Center as a precautionary measure.

A spokesman with Polk County Fire Rescue said it appeared that a tornado hit the neighborhood.

Authorities in Florida say 20 mobile homes have been damaged by a possible tornado touchdown as nasty weather sweeps through Central Florida.

Zephyrhills is about a half-hour north of Tampa.

There were also reports of possible tornadoes in Polk County.

The National Weather Service in Ruskin predicts severe weather in the region through Saturday, with tornado and flood watches and warnings.