13-foot alligator captured in Florida park where dogs were attacked 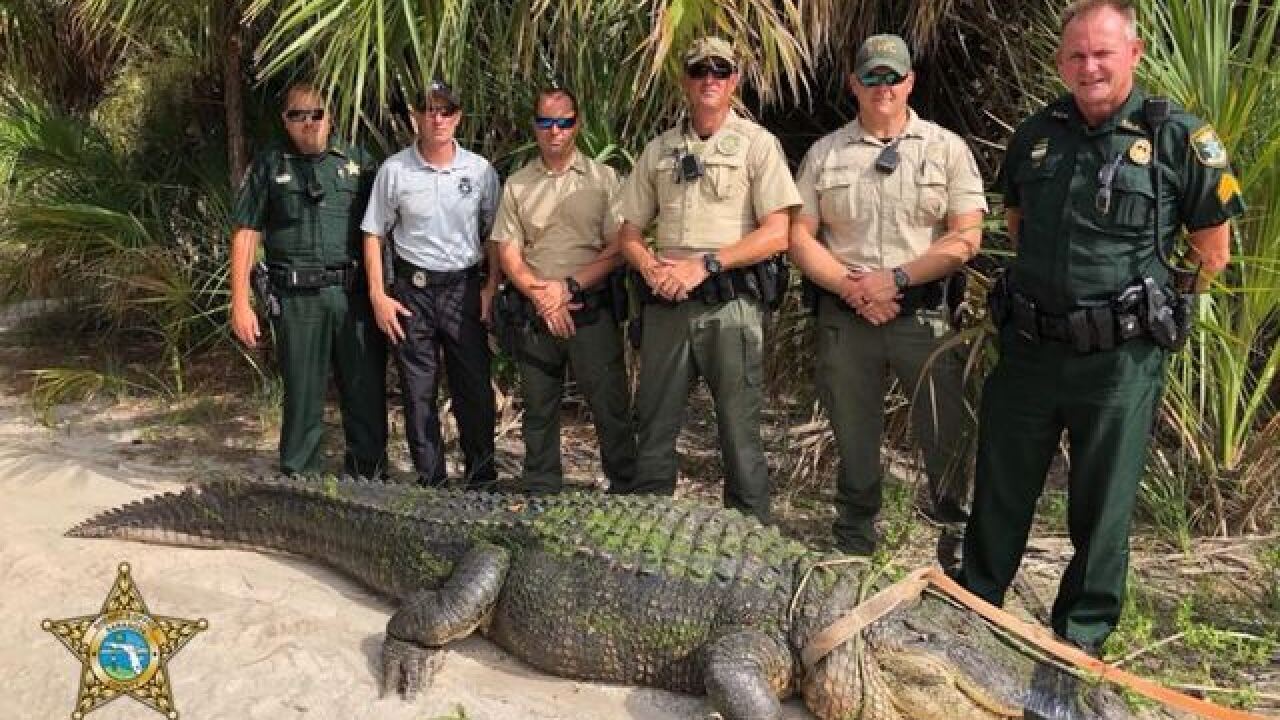 VENICE, Fla. -- Wildlife officials have removed a 13-foot alligator from a public park near homes in Sarasota County.

They were working with Florida Fish and Wildlife on an investigation at Shamrock Park in Venice.  That's the same park where two German Shepherds were attacked by an alligator earlier this month.

According to Supervisor Carl Sellitti, who has been with SCSO for 20 years, this may be the largest gator they’ve ever responded to.