8-year-old back for 2nd Scripps Bee

Akash Vukoti, speller 459, from Texas, was the youngest speller in the competition the first time he came to the Scripps National Spelling Bee, at six years old.

Akash turns nine Tuesday, on the first day of competition. He's still among the youngest competitors, but the third grader is now a seasoned pro. 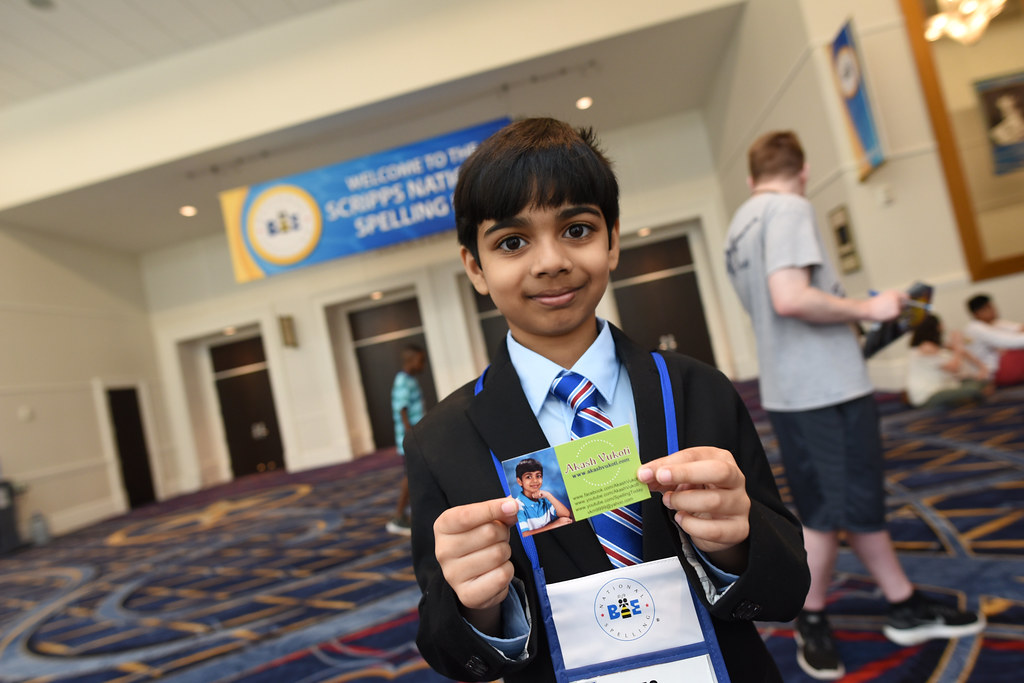 "It feels amazing to be back," he said, "Being in the National Spelling Bee itself is such an honor."

Akash said he thinks the competition will be tougher this year -- after all, there are more competitors -- but that the actual spelling is his favorite part of being there. Oh, and he does like signing autographs in the Bee Keeper, too.

"I have more friends than ever," he said.

On Tuesday, he correctly spelled "Tibetan" in the second round of the Bee.

Third-round action will air on ESPN 3 starting at 8 a.m. Wednesday.