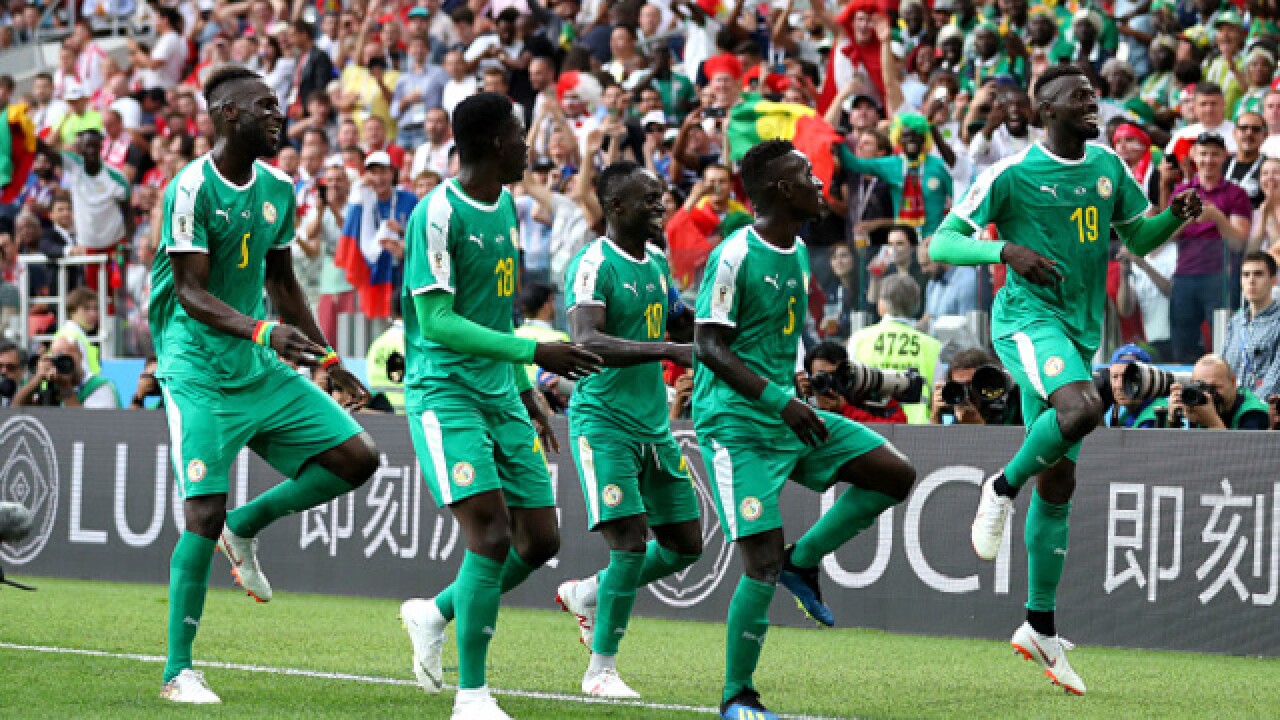 MOSCOW (AP) - Senegal became the first African team to win at this year's World Cup, defeating Poland 2-1 Tuesday on a first-half own-goal and a controversial second-half score by Mbaye Niang.

Senegal, back in the tournament for the first time since 2002, went ahead in the 37th minute when Thiago Cionek's attempted block of Idrissa Gueye's shot wrong-footed goalkeeper Wojciech Szczesny, who was picked to start over fellow Arsenal castoff Lukasz Fabianski.

Niang, who returned to the field from treatment, later beat Szczesny to double the lead in the 60th.

Senegal is tied for the group lead with Japan, which upset Colombia 2-1 earlier. Senegal will play Japan on Sunday, when Poland meets Colombia.